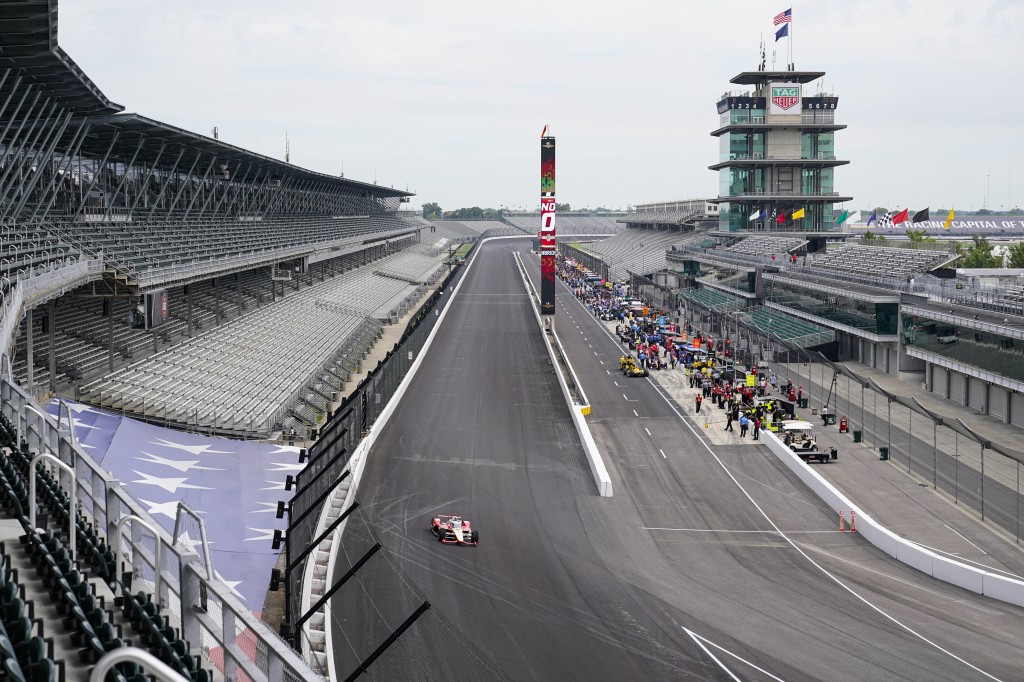 INDIANAPOLIS (AP) — There is not much the owner of a backcountry skiing and hiking vacation company in Canada can do with a lifetime of racing knowledge after he has walked away from a championship-winning career.

Cole Pearn abruptly retired at the end of last year's NASCAR season after helping build one of the best teams in stock car racing. His life on the road cost him too much time with his young family and relocating from Colorado to North Carolina had limited their access to outdoor adventures.

They returned to his native Canada to operate Golden Alpine Holidays in British Columbia, a venture that has been disrupted by the coronavirus pandemic. Racing has also been scrambled, and when the Indianapolis 500 was moved from May to Aug. 23, one of the Ed Carpenter Racing engineers had a conflict.

It created an opening for an engineer at Carpenter for Conor Daly's car. One of Carpenter's crew members had worked with Pearn before and the connection was made: Pearn, the crew chief of Martin Truex Jr.'s 2017 NASCAR championship season, would work the Indianapolis 500.

“They asked. It was like, ‘Yeah, why not?’" said Pearn, who called the Indy 500 a bucket list event. “It's hard when you race your whole life and just completely turn it all off. So it's kind of nice to scratch that itch at the same time.”

Daly, in his first day working with Pearn, was ninth fastest around Indianapolis Motor Speedway. The Chevrolet was even faster Thursday, when Daly briefly sat atop the speed chart before Takuma Sato bumped him down a spot.

Daly, making his seventh Indy 500 start, finished a career-best 10th in his hometown race last season while running for Andretti Autosport. A scrapper who has pieced together a full IndyCar season swapping between Carpenter for oval races and Carlin Racing for street and road course events, The 28-year-old Daly is trying to stabilize his career.

Daly will try to parlay a strong 500 into full-time work while relying on a part-time engineer in the 37-year-old Pearn.

“I’ve learned to just try to get along with everyone,” Daly said. “I’m a very trusting individual. Obviously, Cole has an incredible amount of experience in the racing world. Was a driver himself, as well. He knows what’s going on.”

Pearn's most noted success is in stock cars and a five-year stint as Truex's crew chief that produced 24 Cup Series victories. The team raced for the title three consecutive years, finishing second in back-to-back seasons after the 2017 championship.

Things began to change when Furniture Row Racing closed at the end of the 2018 season and Pearn and Truex were pulled into Joe Gibbs Racing. They won seven races and were runner-up to teammate Kyle Busch in the title race when Pearn decided he'd had enough.

He has since watched NASCAR on television and provides both insightful and comedic commentary on social media. Pearn recognized he missed racing.

“For sure missed the competition side,” Pearn said. “This is obviously a fully different experience, but racing is still racing. You throw a green and checkered.”

To prepare for Indy, Pearn took a very literal approach — “I had to read the rule book,” he said.

He's always followed IndyCar and his racing experience qualifies Pearn for the crossover that few expect will be a difficult transition.

“I grew up knowing these cars, it's not like it's anything crazy,” Pearn said. “It some regards it is kind of simple and it's just about understanding the procedures and how we set the cars up, learn how tech goes. The physics is honestly the easiest part, understanding how everything else works is the harder part.”

When Carpenter made the hire, he had no doubt bringing in Pearn would be seamless and give Daly a shot at winning the Indianapolis 500.

“I believe when you bring in smart and talented people that have a work ethic, they’re going to figure it out,” Carpenter said. "There’s a lot that’s different but a lot of the processes are the same. Some of the language is different. He’s definitely putting in the work to do it, getting prepared. A lot of what we’re doing at Indy is making decisions in the moment. I think we all feel like Cole has those traits.”