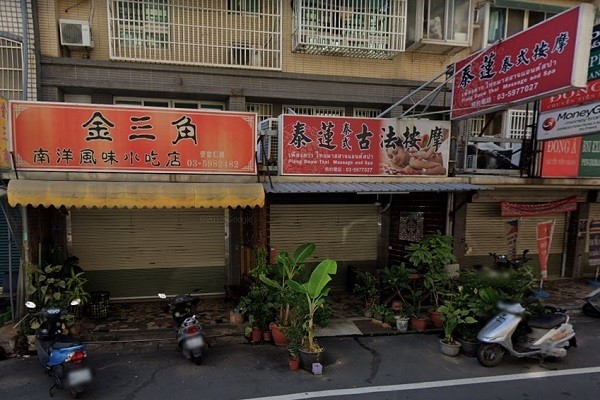 TAIPEI (Taiwan News) — An Indonesian-Taiwanese masseuse was allegedly fatally stabbed by her Taiwanese boyfriend at a massage parlor in northern Taiwan on Aug. 7.

At 10:20 a.m. on Aug. 7 in Hsinchu County's Hukou Township, police received a report that a 39-year old woman surnamed Li (李) had gotten into a heated argument with her 45-year-old boyfriend surnamed Lin (林), who chased her with a knife and cut her carotid artery, causing blood to begin spurting from her neck, reported Liberty Times. Li was then seen running out of a massage parlor, but Lin dragged her back inside.

A bystander called the police and when officers arrived on the scene, they found Lin lying on a bed inside one of the parlor's rooms with a knife lodged in his chest. They then found Li lying in a corridor outside the room covered in blood and unconscious.

Both were immediately rushed to the hospital. On the way to the Catholic Mercy Hospital, Lin stopped breathing and went into cardiac arrest.

Doctors said that Lin suffered multiple stab wounds on various parts of her body. Despite efforts to resuscitate her, Li succumbed to her wounds and was declared dead at 12 p.m., reported UDN.

Meanwhile, Lin was rushed to Ton Yen General Hospital for emergency treatment. However, due to the serious nature of his injuries, he was transferred to Linkou Chang Gung Memorial Hospital.

The hospital stated that because the knife did not damage his heart, he would likely recover from his wound. Police are waiting for Lin to be declared in stable condition before questioning him and investigating him for homicide.

According to a preliminary investigation, Li originated from Indonesia, but married a Taiwanese man and became a naturalized Taiwanese citizen before getting divorced. About three years ago, she began dating and living together with Lin, who works as a technician in an industrial zone, earning a monthly income of between NT$30,000 to NT$40,000 — a large portion of which he gave to Li to manage, reported China Times.

However, Lin began to suspect that Li was cheating on him and spending his money on the alleged affair. On Aug. 7, Lin came to the Thai style massage parlor in Hukou Township where she had been working for two weeks to confront her.

When he asked the desk clerk where Li was, she directed him to one of the massage rooms. Lin then stormed in and a fierce argument ensued between him and Li.

Furious, Lin then allegedly suddenly pulled out a fruit knife and began to stab Li. Lin then apparently stabbed himself in the chest with the knife.