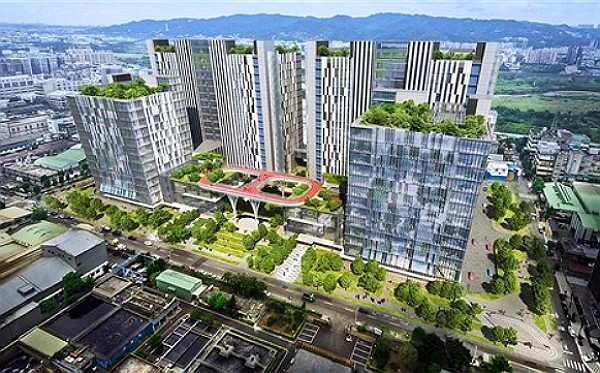 TAIPEI (Taiwan News) — The construction of Taiwan's first artificial intelligence (AI) park was officially launched in New Taipei City's Tucheng District Thursday (Aug. 13) and is expected to be finished by 2023.

As part of the country's urban renewal project, the AI business park has an area of 53,000 square meters and will feature four 17-story buildings for AI-oriented startups and companies to use. There is also a plan for the only sky track in Taiwan's industrial districts to provide workers and community members a healthy environment.

According to BES Engineering Corp. (中華工程), the designer of the park, the NT$13.6 billion (US$462 million) project aims to tap into Taiwan's software talent and produce a demo space for local as well as international AI manufacturers and service providers. It said the construction is scheduled to be completed by 2023 and will become a landmark for New Taipei.

The company said a third of the spaces in the park will be saved for its own use, while the other two-thirds will be rented out to enterprises that are interested. It estimated that the park will create nearly 13,000 job opportunities after it opens and that AI will gradually enter the mainstream, reported Liberty Times.