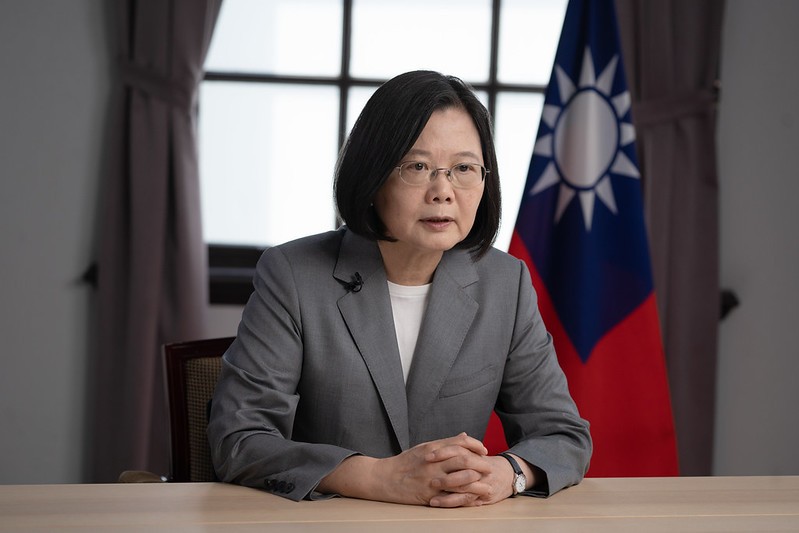 TAIPEI (Taiwan News) — Addressing two U.S. think tanks in a videoconference on Wednesday evening (Aug. 12), President Tsai Ing-wen (蔡英文) declared that security cooperation and the signing of a trade pact would be the priorities regarding the Taiwan-U.S. relationship in her second term, which began this May.

“Foremost amongst my priorities is to establish a constructive security relationship [with the U.S.], built on the clear understanding of our shared interests in the region,” remarked Tsai. The event, hosted by the Hudson Institute and the Center for American Progress, had the theme of security, diplomatic, and economic challenges facing Taiwan.

Tsai said defense spending will continue to grow even after the country had the largest defense budget in its history in 2019, which accounted for 2.3 percent of Taiwan’s GDP that year. The Tsai administration has pledged to increase the defense budget year by year, partly for the procurement of military weapons and equipment, both through purchasing from the U.S. and manufacturing on Taiwanese soil.

By referring to her inaugural speech, Tsai said her government remains committed to maintaining stability across the Taiwan Strait and is willing to open dialogue with Beijing. However, the country will not be intimidated by China’s “coercive actions” and is determined to “ensure that cross-strait interactions do not jeopardize our freedoms, democracy, and way of life,” added Tsai.

In addition, Tsai stressed the importance of starting negotiations for a free trade agreement between Taiwan and the U.S. “For too long, closer trade relations have been hindered by technicalities that account for just a small fraction of two-way trade.”

“We want to work together to resolve these issues in a way that is safe for our consumers and also consistent with established scientific standards,” said Tsai. She added that people from both countries will appreciate the deepened economic ties that a trade agreement will cement.

Tsai also raised concern for Hong Kong, describing the civil liberties the territory once claimed as extinguished. She said the international community has “an obligation to speak out and act against the demise of Hong Kong's freedoms,” following the recent detentions of Hong Kong’s media mogul Jimmy Lai (黎智英) and a number of young pro-democracy activists, including Agnes Chow (周庭).

“Taiwan stands on the frontlines in the defense of democratic values,” said Tsai. She called for solidarity among democratic societies to protect shared values against authoritarian actors.