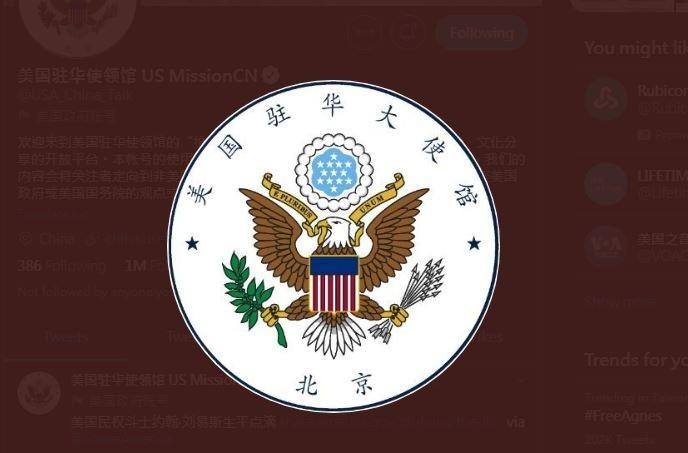 TAIPEI (Taiwan News) — Eagle-eyed netizens on Monday (Aug. 10) noticed that the emblem being used by the American embassy in Beijing on its various social media accounts omits the word “China,” causing a wave of speculation.

The embassy’s profile picture on its Weibo and Twitter accounts originally had the words "U.S. Embassy in Beijing, China" emblazoned underneath the bald eagle, NewTalk reported.

Last year, the embassy celebrated the 40th anniversary of the establishment of diplomatic relations between China and the U.S. by making a commemorative image its profile picture. Near the end of 2019, the embassy changed the picture to one containing the words "U.S. Embassy in Beijing, China.”

However, with bilateral relations dropping to a new low amid a trade war, the Wuhan coronavirus (COVID-19), Hong Kong's national security law, and consulate closings, the embassy has again changed its social media profile picture. This may be a subtle move to protest Chinese actions in recent months.