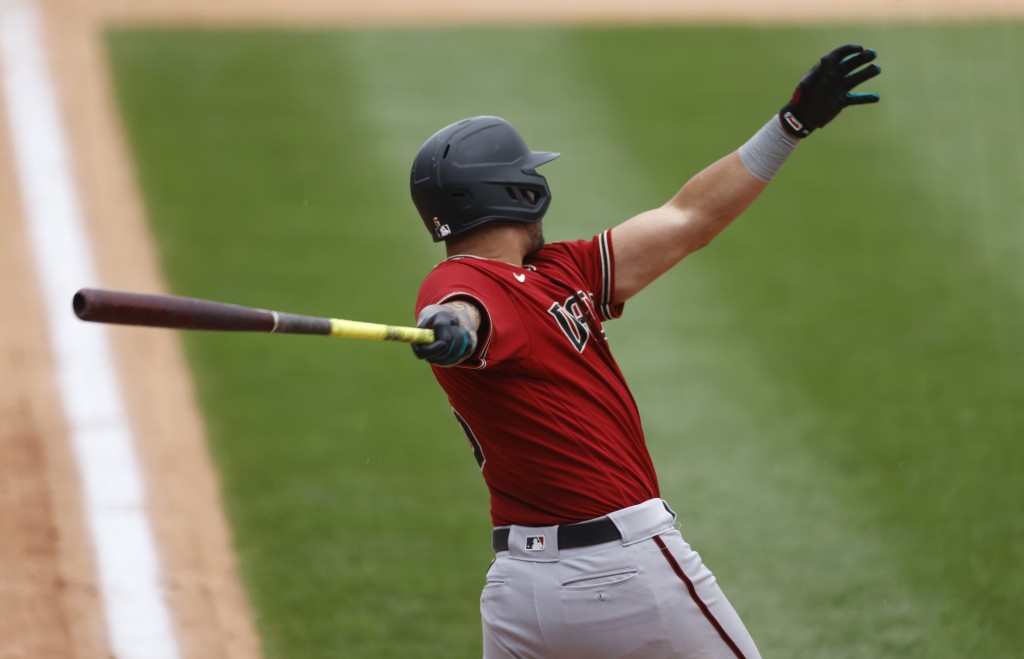 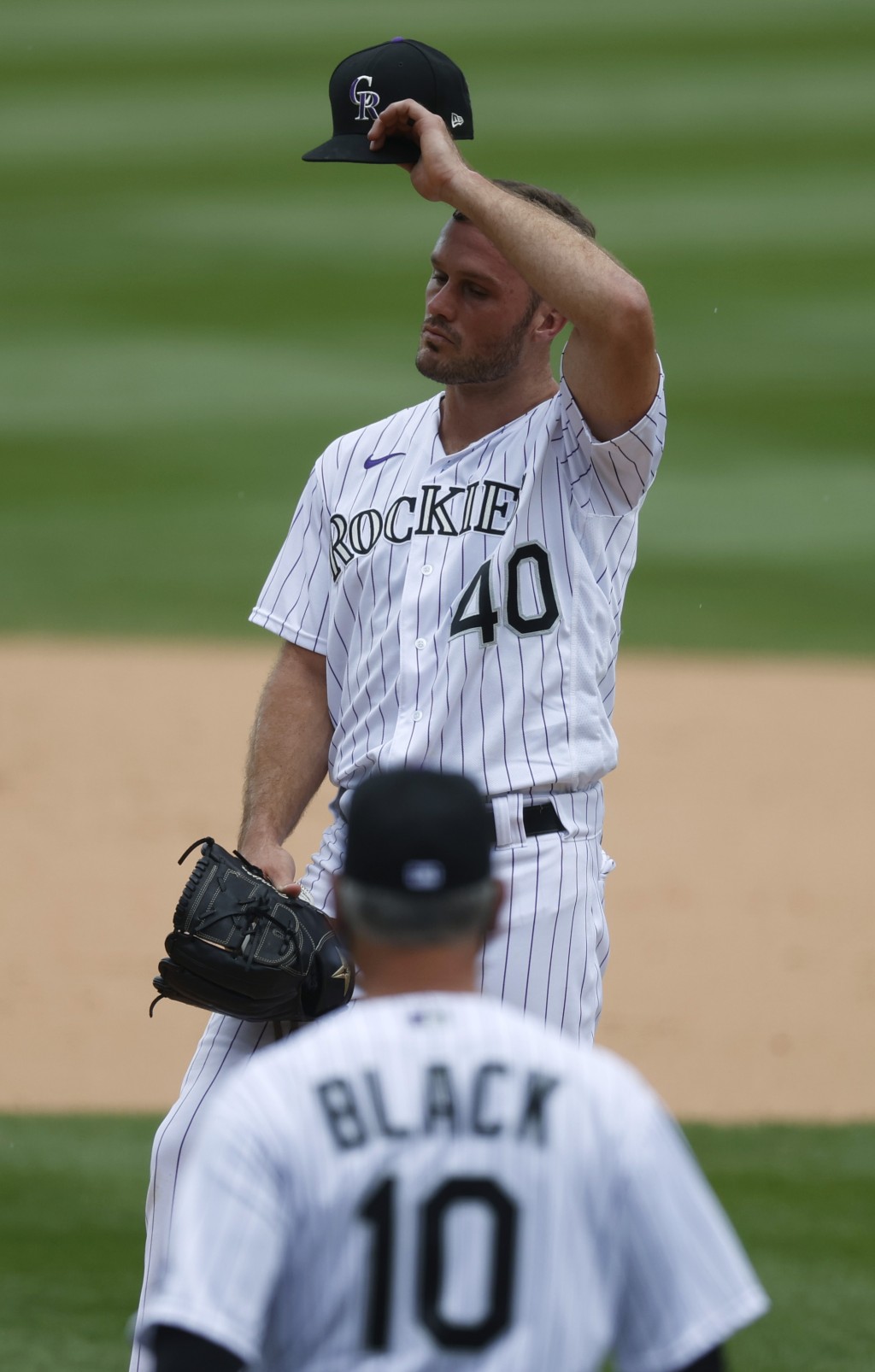 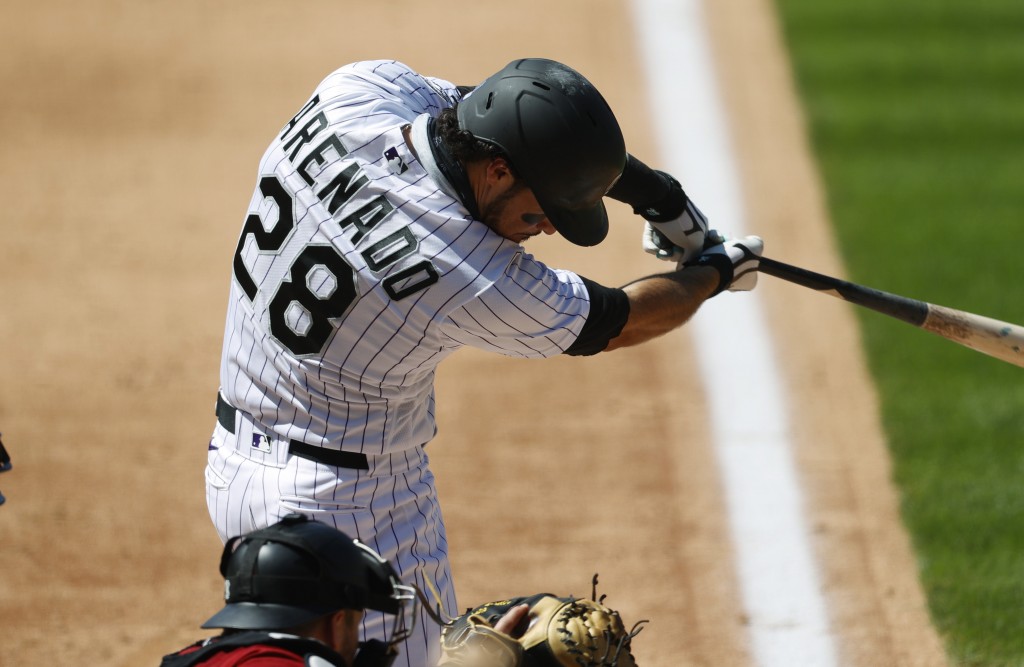 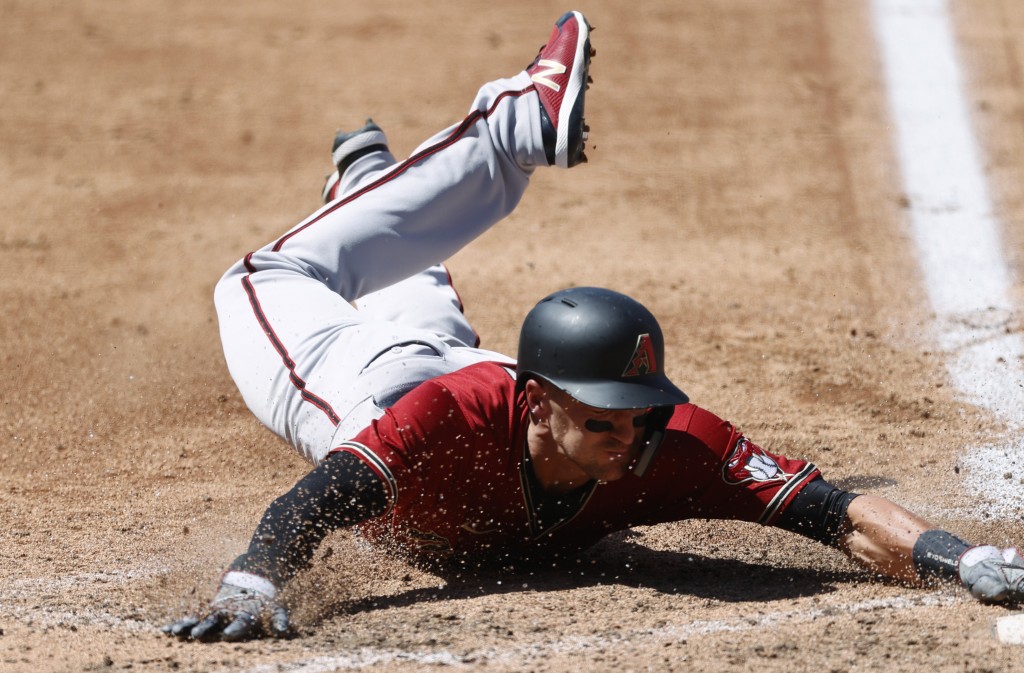 DENVER (AP) — Starling Marte homered and drove in four runs as the Arizona Diamondbacks battered the Colorado Rockies 13-7 Wednesday in a Coors Field slugfest featuring 34 hits, but none by blistering Charlie Blackmon.

Blackmon began the game batting an astonishing .500 for the Rockies. He went 0 for 4, ending his hitting streak at 15 games, and his average dipped to .472.

Blackmon was on deck when Trevor Story, who doubled twice and singled, grounded into a game-ending double play.

Nolan Arenado homered twice and doubled for the Rockies.

Marte had three hits, including a go-ahead single in an eight-run seventh inning. It was 5-all going into the inning.

Nick Ahmed had three hits and a pair of RBIs and Kole Calhoun added three hits with an RBI for the Diamondbacks, who took two of three to deny Colorado its sixth consecutive series win to start the season.

Ryan McMahon, swinging on a 3-0 count, connected for a three-run homer to chase Arizona starter Luke Weaver with one out in the fourth inning.

Garrett Hampson added a career-high four hits for the Rockies. A total of 11 players had multihit games, seven with at least three hits

Andrew Chafin (1-0) picked up the win with an inning of scoreless relief.

With the score tied at 5 in the the seventh, the Diamondbacks erupted. David Peralta struck the key blow with a three-run double off Tyler Kinley (0-1), who did not retire any of the five batters he faced. Ahmed and Calhoun each had a pair of hits in the inning.

Arizona homered in a club-record 16th straight game at Coors Field and improved to 9-3 in its last 12 against the Rockies.

Rockies: INF Chris Owings left the game after the second inning because of tightness in his left hamstring. Hampson moved from center field to second base to replace him and Sam Hilliard entered the game to replace Hampson in center. … RHP Scott Oberg, who’s been sidelined since the start of the season by a back injury and a recurrence of blood clot issues in his pitching arm, has been undergoing a series of tests but there’s no timetable for his return. Oberg has dealt with vascular problems in his arm twice previously, missing time in August 2019 and August 2016. Manager Bud Black said he spoke with Oberg earlier Wednesday and the reliever was in good spirits and expected to return home to the Philadelphia area soon to undergo additional tests. However, he remains sidelined indefinitely. “There’s really no clear path to what is going to happen with Scott,” Black said.

Diamondbacks: Arizona has an off day Thursday followed by a season-high 17 straight games before their next off day on Aug. 31. RHP Merrill Kelly (2-1, 2.29) is slated to start Friday night’s series opener in Arizona against the San Diego Padres, whose starter is to be determined.

Rockies: Following an off day Thursday, the Rockies begin a stretch of 20 games in 20 days starting Friday night in a series opener against the Texas Rangers. Colorado RHP Ryan Castellani (0-0, 0.00 ERA) is slated to start against the Rangers’ RHP Lance Lynn (2-0, 1.16 ERA).