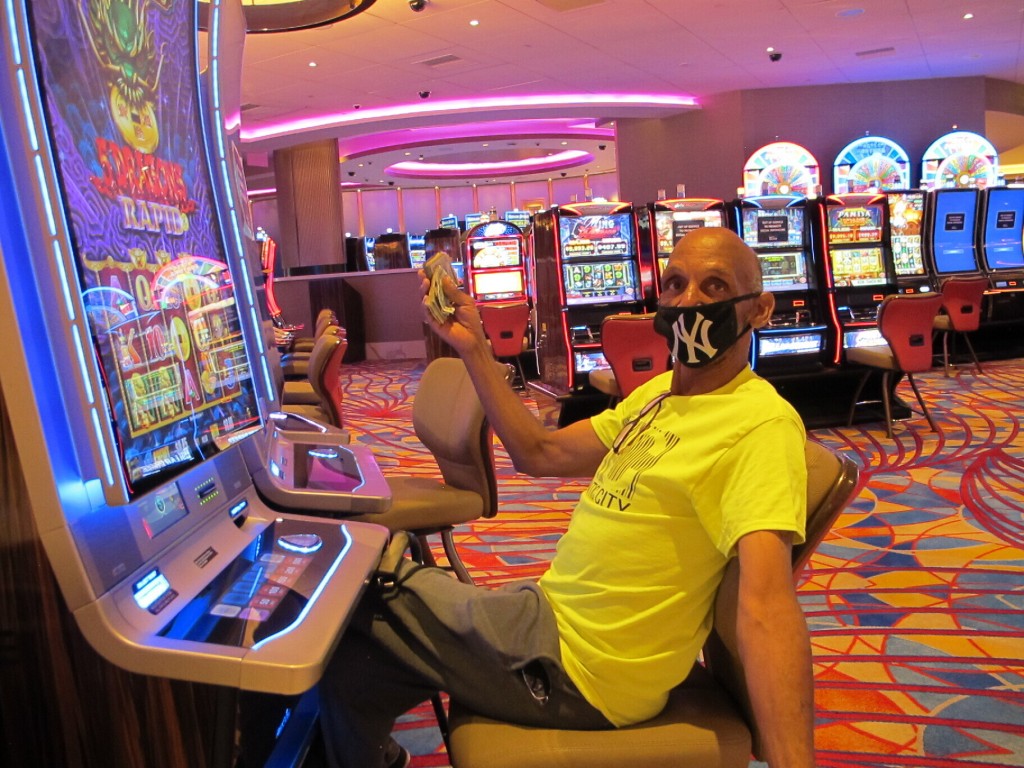 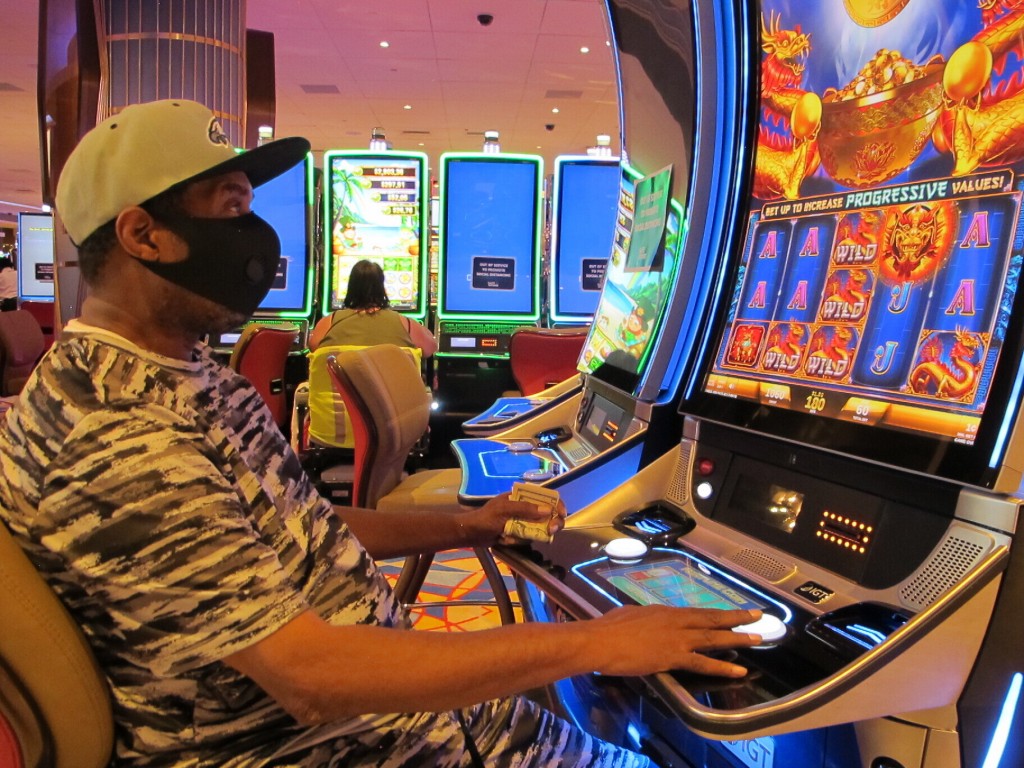 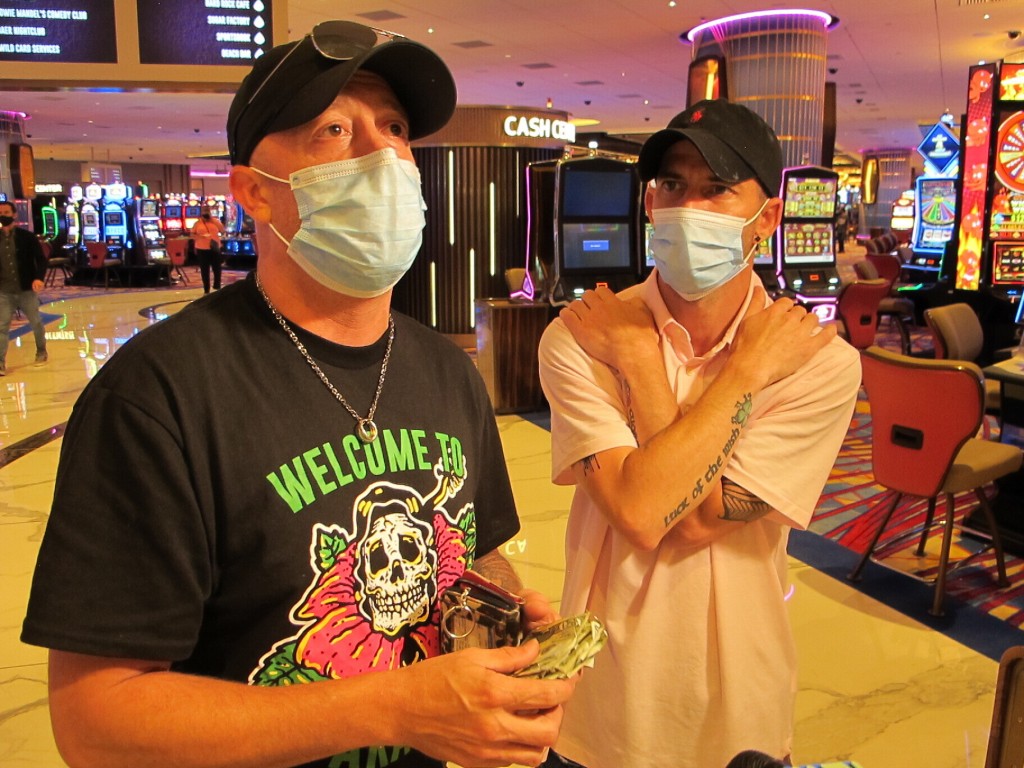 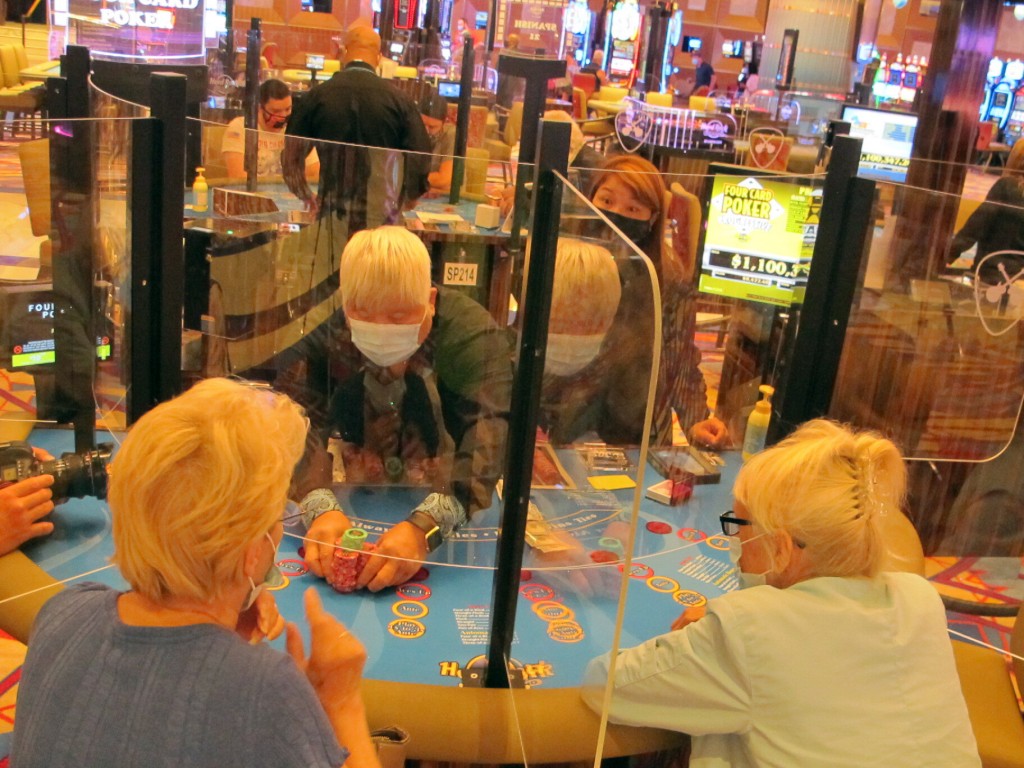 ATLANTIC CITY, N.J. (AP) — New Jersey's casinos and horse tracks won $264.5 million in July after reopening amid the coronavirus outbreak, a figure that was down nearly 21% from a year ago, but one the gambling houses will gladly take after months of inactivity.

Figures released Wednesday by the state Division of Gaming Enforcement reflect the first month of resumed operations — albeit at 25% of normal capacity — that the casinos and tracks were permitted to undertake.

Internet gambling revenue more than doubled in July to $87.4 million, and sports betting revenue was $29.5 million, up 65% over July 2019 levels, with sports including baseball, basketball and hockey resuming their seasons late in the month.

“Visitors are again enjoying the playground by the sea that is Atlantic City,” said James Plousis, chairman of the New Jersey Casino Control Commission. "Although July’s results are lower than the same month last year, the two years are not reasonably comparable; some casinos reopened in phases beginning on July 2, and historical market leader Borgata reopened on July 26.

“While public health remains a concern, the tourism and gaming sector has started on the road to recovery,” he said. “I know that Atlantic City is resilient and, given time, it will rebound.”

Ocean was the only casino to increase its in-person casino floor winnings in July, which rose over 23% to $23.6 million.

“To exceed the prior year by 23% with one less day of gaming in 2020, and without indoor dining, drinking and smoking, is indicative of the momentum Ocean has created,” said Terry Glebocki, Ocean's CEO.

After being shut down by order of Gov. Phil Murphy on March 16, the casinos got the go-ahead to begin opening on July 2. Many resumed operations on that day or within a few days. Only the Borgata, while scrambling to line up additional outdoor dining options, chose to open later. It fully reopened on July 26, three days after an invitation-only “soft opening.”

But internet gambling and sports betting, which had continued uninterrupted amid the shutdown of the physical casino property, helped Borgata to $26.6 million for the month. That was down nearly 70% from a year ago, but was still good enough to rank the casino third in Atlantic City.

For online-only entities, Caesars Interactive NJ won $9.6 million in July, up more than 90% from a tear earlier, and Resorts Digital won $26.1 million, up from $10.5 million a year ago.