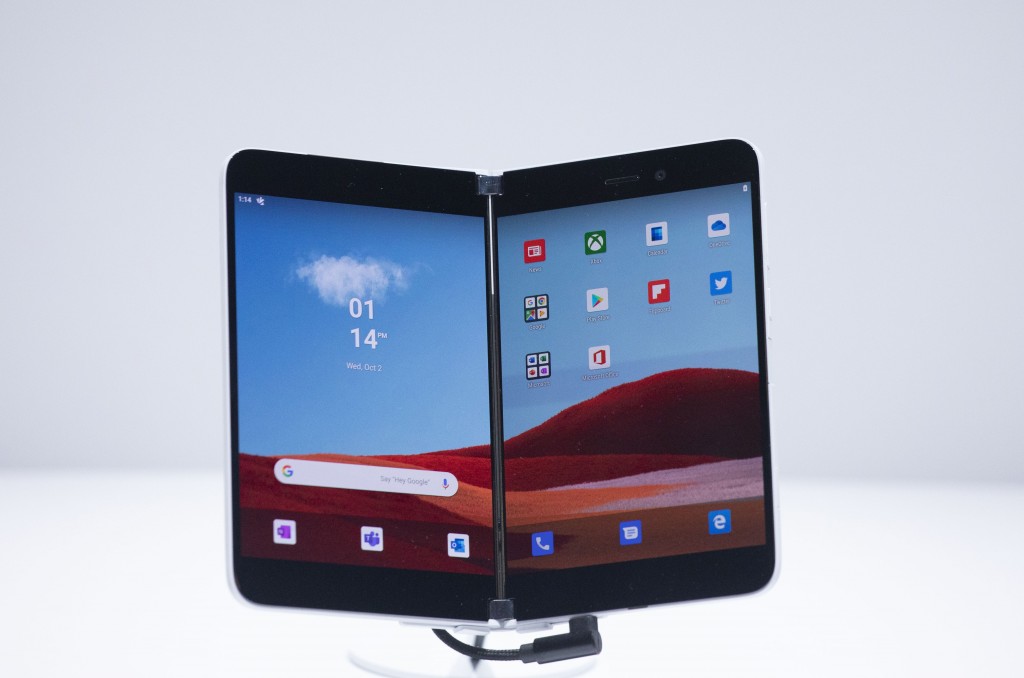 Microsoft is back to selling smartphones for the first time since it abandoned its mobile business more than four years ago.

The company began taking orders Wednesday for the Surface Duo, a new dual-screen Android device that costs $1,399 and begins shipping in September.

The high-priced gadget is designed to impress, but is also arriving during the worst economic downturn since the Great Depression, with unemployment in double digits and budget-wary consumers spending more time at home to avoid the coronavirus pandemic.

Microsoft is pitching the Duo as a more useful tool than a conventional smartphone, since it enables users to multitask with two separate apps or web pages at a time. CEO Satya Nadella, for instance, uses one screen to take notes and the other to read a book on Amazon's Kindle app.

The Duo has two 5.6-inch displays and, when opened like a book, is a slim 4.8 millimeters thick, making it what the company says is the thinnest device on the market. Microsoft engineers say that instead of adopting a single folding screen, as Samsung does, they chose to connect two displays on a hinge because it allows for sturdier glass.

“It's thin, it's sleek, it's probably one of the sexiest devices we've built,” said Panos Panay, Microsoft's chief product officer, during an online briefing Tuesday.

Adding a mobile device to its Surface line of computers is a reversal for Microsoft after its short-lived ownership of smartphone-maker Nokia and its difficulties in transitioning its Windows operating system to the mobile era. Apple and Google's Android long ago cornered the market on phone operating systems, but Microsoft's rare partnership with Google means Duo comes with a suite of Android apps.

It remains to be seen how many consumers will be willing to pay for Microsoft's pricey innovations in a recession and pandemic. Samsung this summer also unveiled top-of-the-line new Galaxy phones that will cost roughly $1,000 to $1,300.

But Apple is enjoying success with a far cheaper iPhone in the $400 range that it released in April. Google is also rolling out an inexpensive Pixel phone at nearly $350 that has many of the same features as its more expensive model.