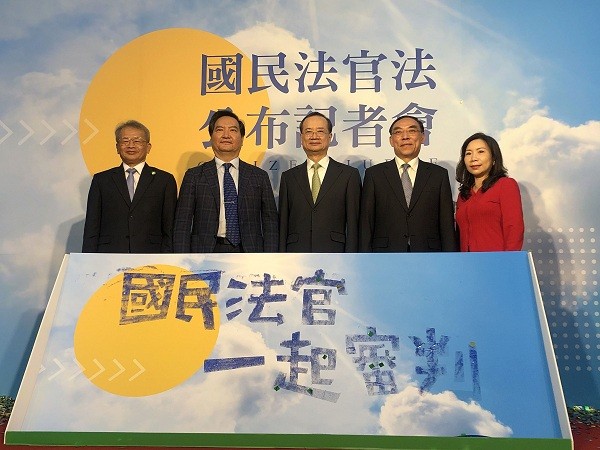 The Judicial Yuan held a press conference on Wednesday morning, during which Judicial Yuan President Hsu Tzong-li (許宗力) said that the era of citizens participating in administering justice will soon be upon us, CNA reported. The Citizen Judges Act will become an important part of Taiwan’s judicial system, and citizens will play an essential role on the panels of judges, Hsu added.

Hsu went on to say that beginning Jan. 1, 2023, according to the Citizen Judges Act, Taiwan citizens 23 and older will be eligible for service on the panels. They will listen to arguments from lawyers and testimony from witnesses, examine the evidence, confer with judges, and participate in delivering verdicts.

The Citizen Judges Act stipulates that three professional judges and three citizen judges will be impaneled together to try criminal cases with penalties of over 10 years in prison or those involving murder or manslaughter. Guilty verdicts will require a two-thirds majority as will the further imposition of the death penalty in murder trials, while sentences will only need a simple 51-percent majority.

Minister of Justice Tsai Ching-hsiang (蔡清祥) said that prosecutors will have to sharpen their ability to use layman's language so that citizen judges who have no legal background can understand.