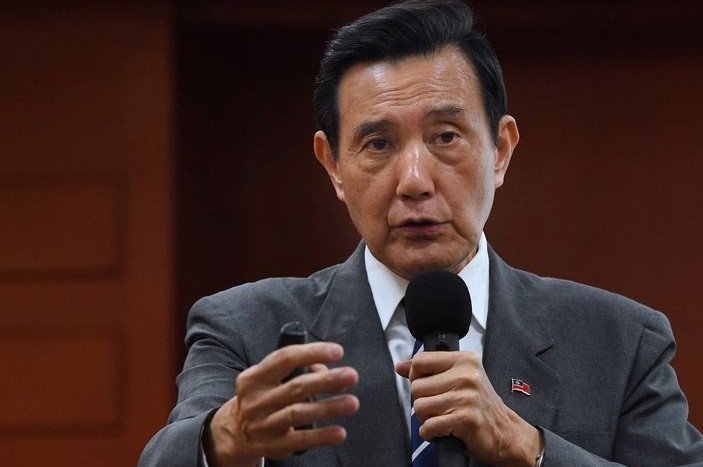 On Monday afternoon (Aug. 10) Ma delivered a speech that touched on the possibility of a conflict in the Taiwan Strait. He stated that China’s strategy would be to "let the first battle be the last," suggesting that Beijing aims to launch a quick war so that Taiwan does not have time to wait for American military support.

In response, Yen pointed out Tuesday in a statement that the frequent border intrusions by Chinese military aircraft and constant intimidation of Taiwanese are already affecting regional security and stability. She added that the former president is cozying up to China by slandering Taiwan and the fact that the Kuomintang (KMT) party has remained silent is “regrettable,” CNA reported.

"Does [KMT chairman] Johnny Chiang (江啟臣) also agree with Ma Ying-jeou's argument that the first battle is the last? Or is he just a yes-man when he meets with Ma?" Yen asked.

Yen noted that when Chiang took office, he announced he would push for party reform and review the KMT’s cross-strait policy. However, because Ma still clings to the so-called "1992 Consensus," the party’s stance on the issue has so far failed to take public opinion into consideration, she said.

The KMT is refusing to change amid the international trend of democracy, Yen stated. She added that the party has never been able to shake off its image as having an inferiority complex when it comes to China.

The spokesperson said that since President Tsai Ing-wen (蔡英文) took office, the DPP and its diplomatic team have made continuous efforts to promote democratic and friendly relations with the U.S. From 2018 to the present, the U.S. Congress has successively passed the Taiwan Travel Act, Asia Reassurance Initiative Act, TAIPEI Act, and many other pro-Taiwan pieces of legislation.

The U.S. health secretary’s recent visit to Taiwan and subsequent signing of the countries' first bilateral memorandum of understanding on healthcare demonstrates a further deepening of Taiwan-U.S. relations.