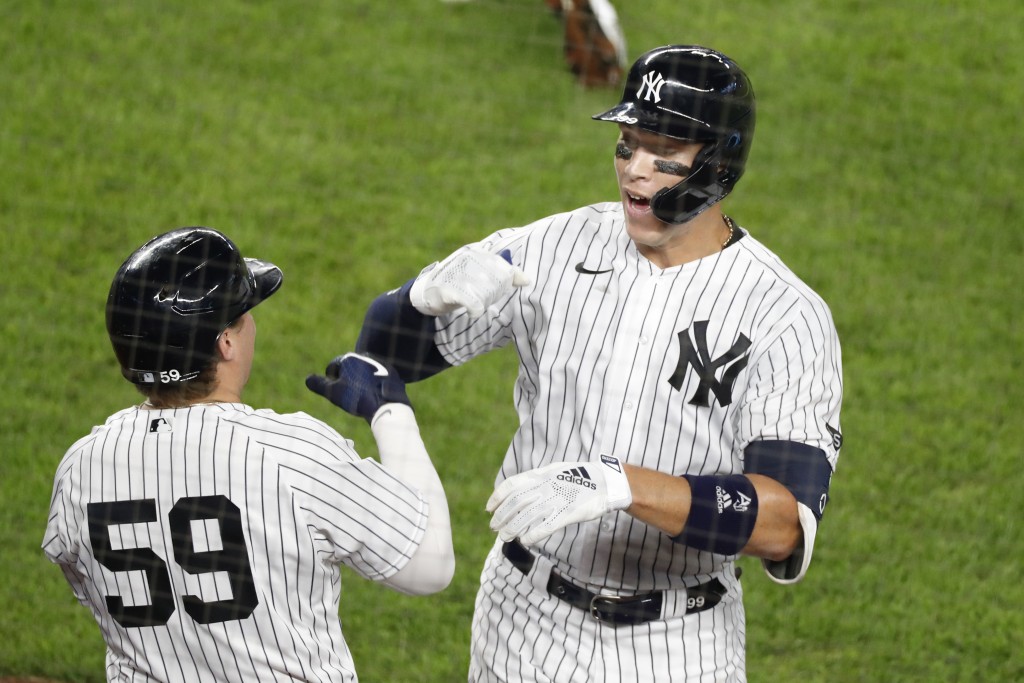 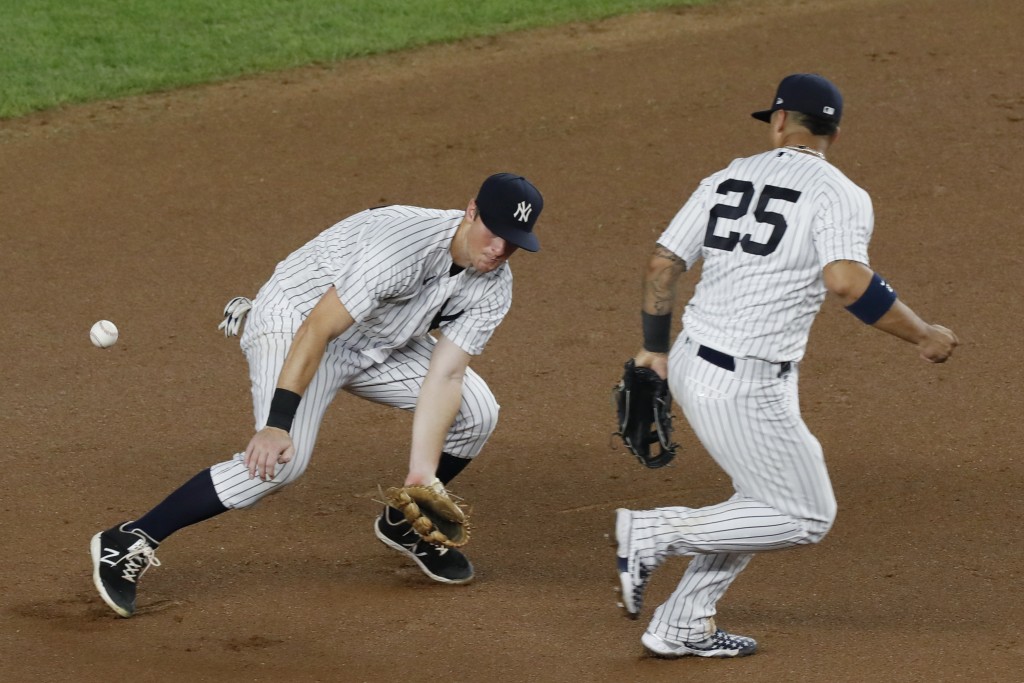 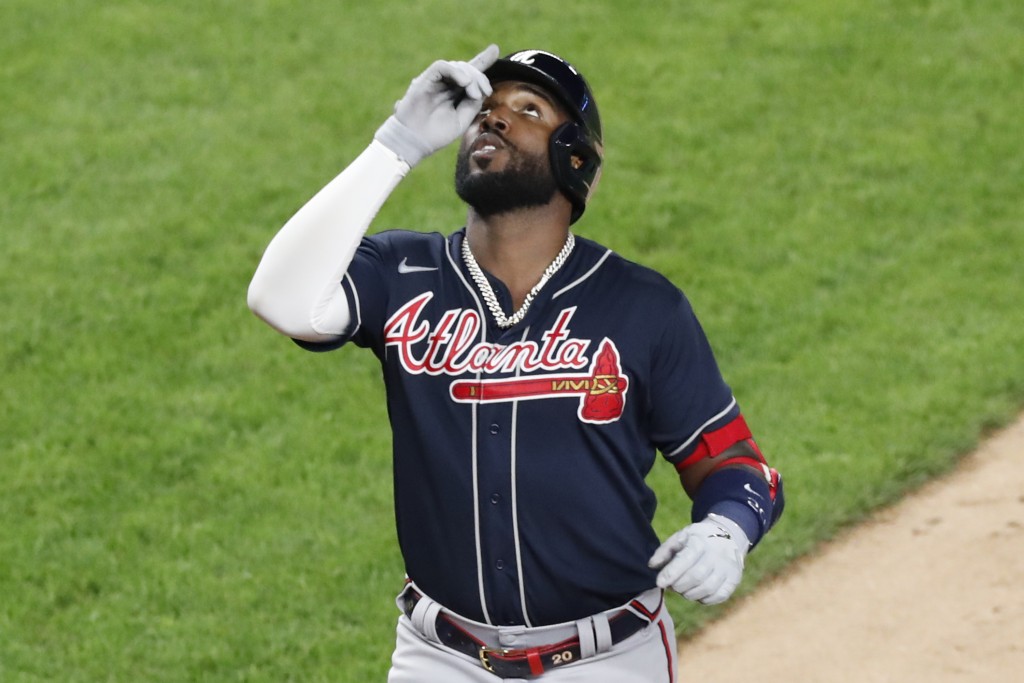 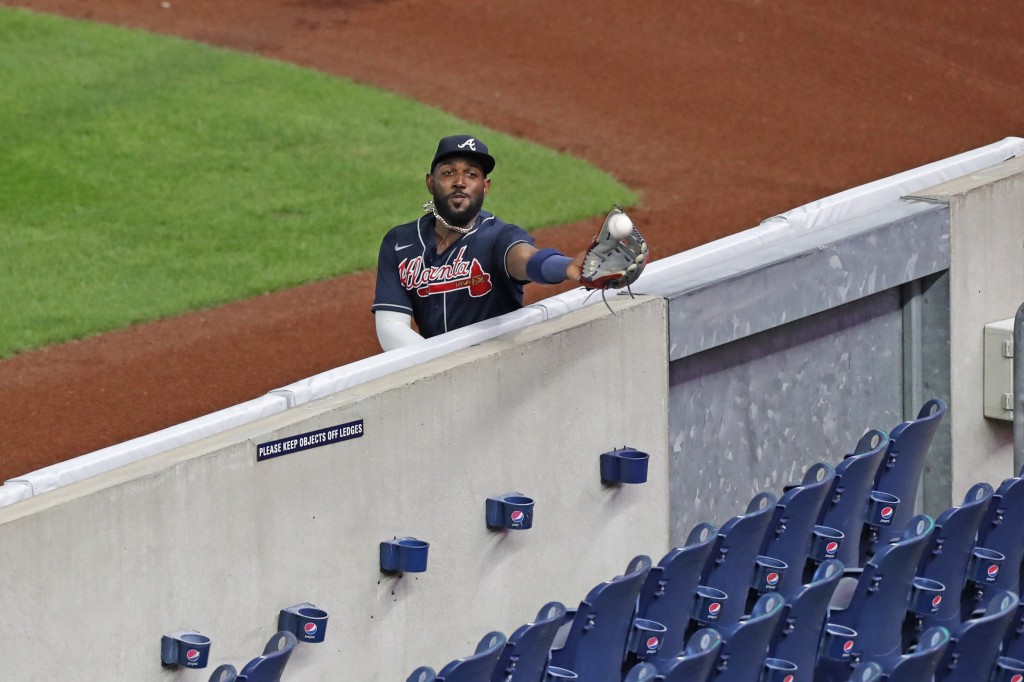 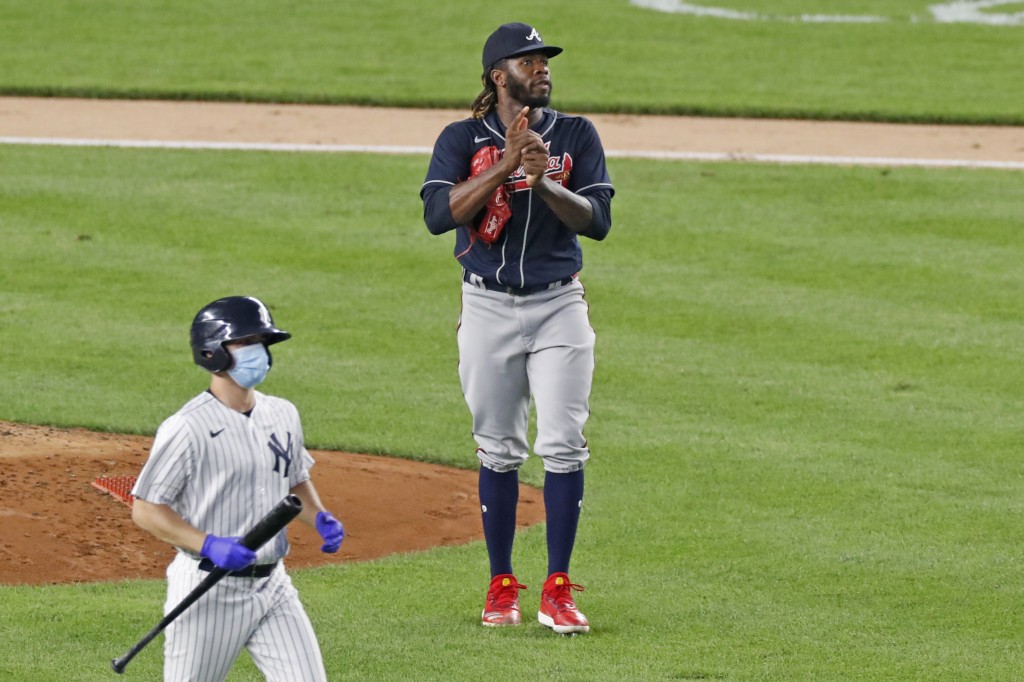 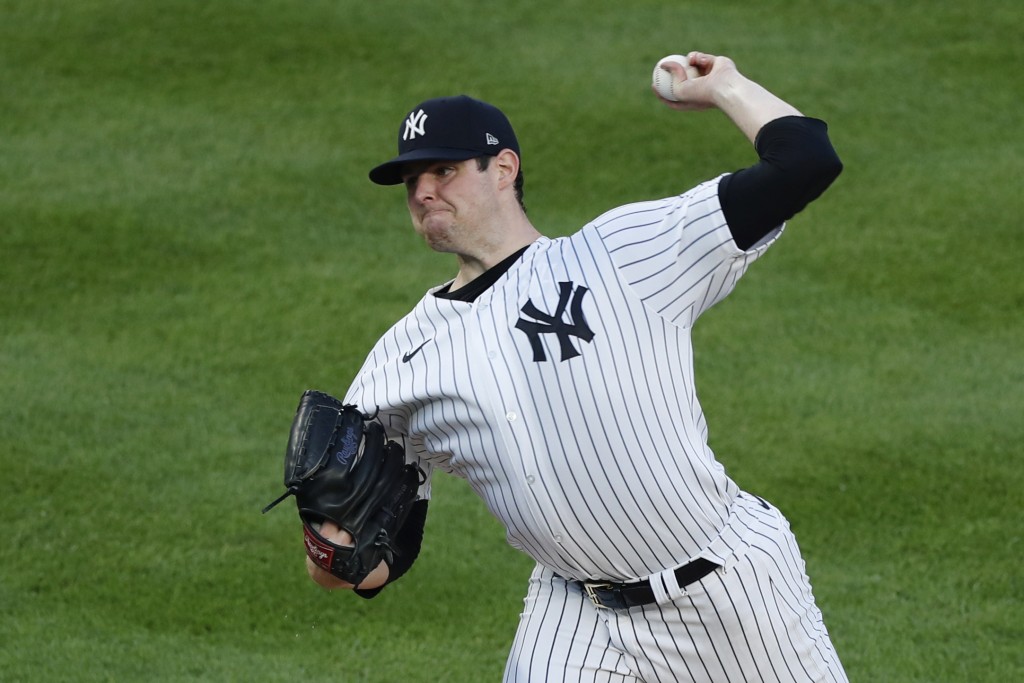 Atlanta scratched Ronald Acuña Jr. about 90 minutes before first pitch with a sore left wrist. The 2018 NL Rookie of the Year homered three times during a doubleheader Sunday against Philadelphia but was pulled early in a blowout loss Monday. It's unclear when the injury occurred.

Judge smashed his 113.1 mph homer off a sign above the home bullpen in right-center field, leaving his mark on a shot leading off the fifth. He entered the day tied with San Diego’s Fernando Tatis Jr. for the major league lead with eight home runs.

Then his night came to a bizarre end.

Yankees manager Aaron Boone sent Mike Tauchman to pinch-hit for Judge in the sixth inning with New York leading 8-3 — hardly a blowout. Judge didn’t appear to be injured and clapped as he watched Tauchman hit from the top rail of the dugout. But he later appeared to head to the clubhouse and didn't return.

No other Yankees' starter was removed at that stage of the game, and there shouldn't be much need to rest Judge with New York getting two days off this week.

Luke Voit hit a three-run drive in the first inning off Braves starter Touki Toussaint (0-1), who turned in the second straight abysmal start for a rotation that's reeling without injured ace Mike Soroka, lost for the season with a torn right Achilles tendon. Atlanta starters have a 5.57 ERA.

Judge's home run came off 22-year-old right-hander Bryse Wilson, who was recalled from Atlanta's alternate site to replace Newcomb. Wilson was under consideration to start Wednesday against the Yankees until Toussaint left the Braves in need of long relief.

Montgomery (2-1) cruised through five innings before allowing a three-run homer to Marcell Ozuna in the sixth. He threw 78 pitches over six innings, allowing three runs, four hits and a walk with four strikeouts. Zack Britton pitched a perfect ninth inning for his sixth save.

Mike Ford added a two-run double for New York in the third.

Atlanta clawed back from an 8-0 deficit a night after scoring seven runs in the ninth inning of a 13-8 loss to the Phillies. Johan Camargo and Tyler Flowers each had RBI doubles Tuesday.

LeMahieu and Torres also appeared to have a miscommunication on a grounder up the middle in the seventh, allowing Atlanta's fourth run to score, and Torres made an error that led to another run in the eighth.

Braves: Atlanta says Acuña is day to day, and at this stage, he's not planning to join best friend and second baseman Ozzie Albies on the injured list. Albies has a sore right wrist.

Yankees: OF/DH Giancarlo Stanton is expected to miss three to four weeks after being diagnosed with a grade 1 left hamstring strain, although manager Aaron Boone said the team was still evaluating the 2017 NL MVP and the timeline could be adjusted. ... RHP Aroldis Chapman (COVID-19) threw about 25 pitches against live hitters at the alternate site. His time frame to rejoin the team remains unclear. ... OF Clint Frazier was promoted from the alternate site, two days after INF Thairo Estrada was sent down. ... Voit was hit in the left hand by a pitch in the fifth inning but remained in the game.

RHP Masahiro Tanaka (0-0, 1.17) is slated to face the Braves after pitching five shutout innings against Tampa Bay in his previous outing. Atlanta's plans are unclear after using Wilson on Tuesday.