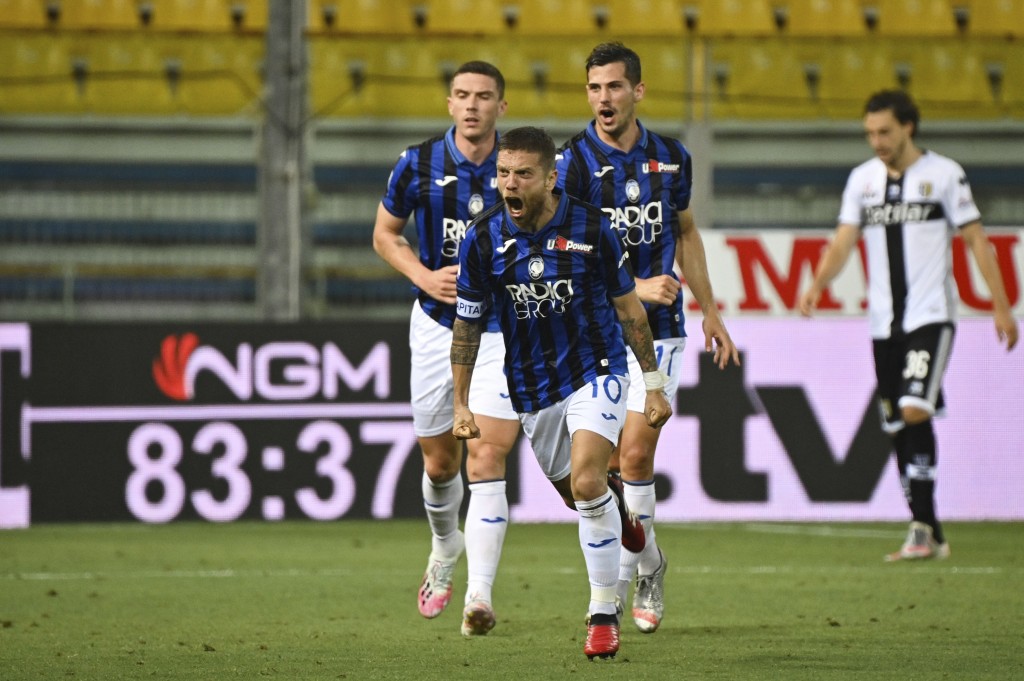 LISBON (AP) — Eight European teams in one country to determine who collects the biggest prize in club football.

What should be a temporary, pandemic-enforced Champions League format adjustment provides a snapshot of so much there is to fear about the future of football from all sides.

Bringing teams together over two weeks is a first for European football, and it could feel like the harbinger to a potential Super League.

A breakaway from domestic competitions has long been mooted by the continent’s elite who are keen to play each other more often rather than enduring the slog of less glamorous domestic matches in the traditional league structures that feed into European qualification.

The coronavirus shutting down sports stalled a campaign by the wealthiest clubs to transform the Champions League into a largely closed competition for them. That was on the mind of Juventus chairman Andrea Agnelli in March at the last gathering of international football executives before Europe went into lockdown.

Agnelli openly questioned Atalanta's right to be in the Champions League while Roma, with greater pedigree in the competition, missed out on qualification because it finished too low in Serie A.

“I have high very regard of what Atalanta has done," Agnelli told the FT Business of Football Summit in London. “But without a European history, with a great performance last year, they have had direct access into international competition. Is that fair or not fair. Is that right or not right?"

Agnelli's concern about the rise of Atalanta came to fruition.

In its first ever season in the Champions League, the Bergamo team is Italy’s sole remaining representative. Cristiano Ronaldo and Juventus, meanwhile, are on their summer holidays after being knocked out in the last 16 by Lyon in the COVID-19 delayed competition.

“The point is how we balance the contribution you bring European football," Agnelli continued, “and the performance of one year.”

It is more than one year's performance, though, now. After Serie A returned from the shutdown, Atalanta secured a second consecutive third-place finish.

Paris Saint-Germain awaits Serie A's top scoring team on Wednesday, opening a unique Champions League quarterfinals mini-tournament that is missing the continent's superpowers who would expect to feature in any future Super League.

Real Madrid, the record 13-time European champion, was eliminated by Manchester City last week. Six-time winner and holder Liverpool was knocked out by Atletico. It is six years since AC Milan even qualified for the Champions League, and 13 since winning a seventh European Cup.

The last eight lineup is far from how Agnelli, who heads the European Club Association, would envisage such a tournament shaping up to attract sponsors, broadcasters and viewers.

While the ECA has around 250 members, it clearly prioritizes the needs of an elite.

These are quarterfinals without the elite — with only two former winners remaining. And the draw has pitted Bayern Munich and Barcelona -- both five-time champions -- against each other in the quarterfinals on Friday.

Just one of the remaining six teams -- Atletico -- has even made it to a final before, losing to Real Madrid in 2016 at the Benfica stadium that will host this season's final.

Only two other quarterfinalists have reached semifinals: Paris Saint-Germain and Manchester City, which plays Lyon on Saturday.

This is only the second appearance in the Champions League for Leipzig, which plays Atletico on Thursday, and the first time the Red Bull-backed German side is in the knockout phase.

"It's the biggest moment in the club's history," Leipzig sporting director Markus Krösche said. “It's a hard competition."

So hard that its most successful teams won't be picking up the European Cup again on Aug. 23.

While the mini-tournament might be an appealing concept for the superpower clubs, it won't be if they are not part of it.

A year ago, a resurgent Ajax advanced past both Real Madrid and Juventus and into semifinals with Barcelona and Liverpool.

A year on, a quarterfinal field packed with even more fresh faces shows why the current Champions League is worth protecting. They earned their right to be in Lisbon through on-pitch performances rather than historic results.

The format isn't flawed, even if some of the heavyweight clubs are.