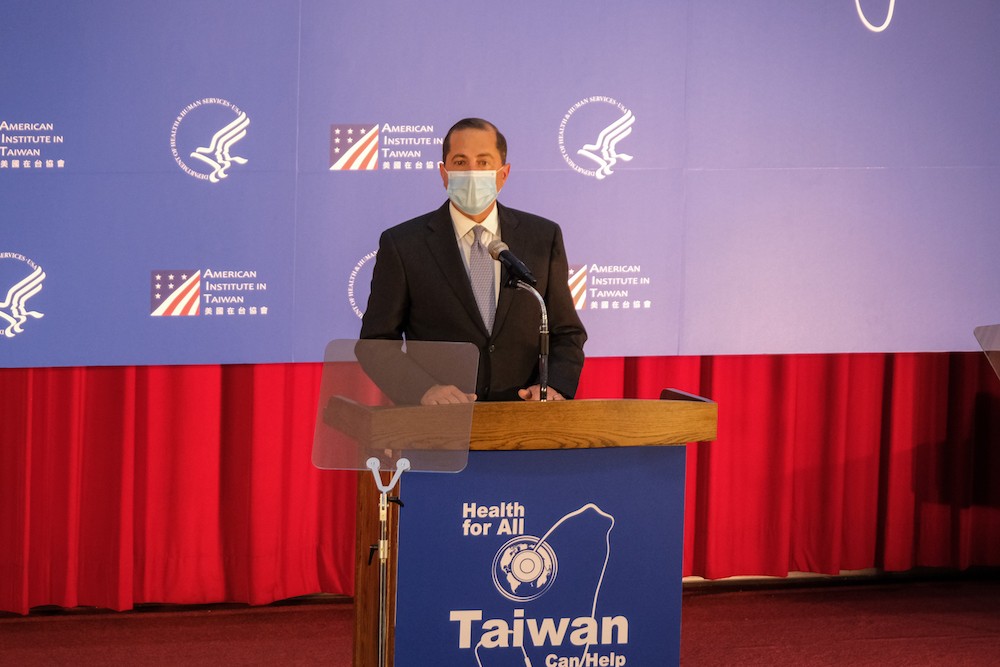 “The Chinese Communist Party had the chance to warn the world and work with the world on battling the virus,” said Azar. “But they chose not to, and the costs of that choice mount higher every day.”

To date the coronavirus that has sickened more than 20 million people worldwide. About a quarter of confirmed cases have been in the U.S.

“Beijing appears to have resisted information-sharing, muzzling doctors who spoke out, and hobbling the world’s ability to respond,” stated Azar. Aligning his tone with the Trump administration’s controversial and charged rhetoric, the health secretary claimed that should the virus have emerged in Taiwan or the U.S. in the first place, “it might have been snuffed out easily.”

Azar also took aim at the WHO, which the U.S. has announced it will exit next year, condemning the health agency for kowtowing to Beijing and for its political bullying of Taiwan, as it has excluded the island nation from participating in the World Health Assembly — the WHO’s decision-making body, since 2017.

“Since the outbreak of COVID-19, for instance, Beijing has lobbied against the investigations and reforms desperately needed to make WHO a more effective institution,” said Azar. “The influence of the PRC far outweighs its investment in this public health institution, and it uses influence not to advance public health objectives, but its own narrow political interests.”

At a time when relations between the U.S. and China have experienced a free fall due to the pandemic, Hong Kong’s national security legislation, and protracted trade disputes, the Trump administration sent Azar to visit Taiwan, making it the highest-level official Cabinet visit since the two countries cut formal diplomatic ties in 1979.

The purpose of the trip is to “highlight Taiwan’s success in combatting the COVID-19 and cooperating with the U.S. to prevent, detect, and respond to health threats,” declared Azar when meeting with President Tsai Ing-wen (蔡英文) on Monday morning (Aug. 10). “Taiwan’s approach to combatting the virus through openness, transparency, and cooperation stands in stark contrast to the country where the virus began,” said Azar during the speech, referring to the origin of the virus in the Chinese city of Wuhan.

“The issue is not which country is the source; the issue is how that country responds,” said Azar. He added that genuine cooperation with the Chinese government on “the most important health challenges of this century” is lacking, attributing the problems to China’s concealment of important virus information and its repression of its citizens who wished to discuss it openly.