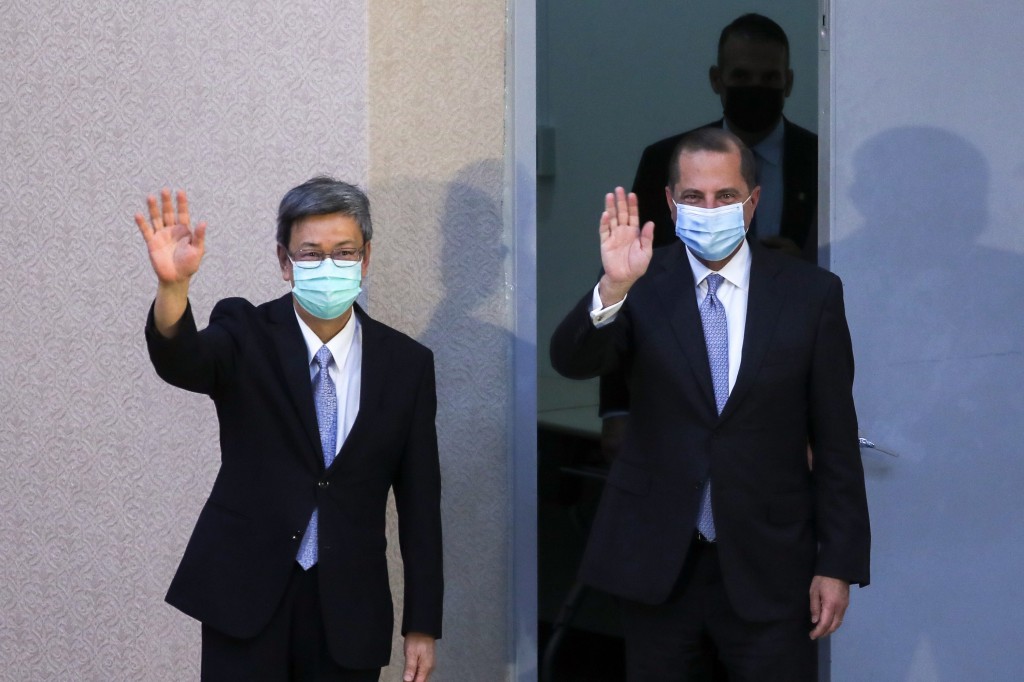 TAIPEI (Taiwan News) — United States Health and Human Services Secretary Alex Azar said his unprecedented trip to Taiwan served to support the island in the global health community, according to an interview with CNN Monday (Aug. 10).

Azar is the highest-level U.S. Cabinet official to arrive in Taiwan since the two countries broke off diplomatic relations in 1979. During his stay, he met with President Tsai Ing-wen (蔡英文) and with other top government members, including Health and Welfare Minister Chen Shih-chung (陳時中).

Taiwan was a model of transparency, cooperation and respect for international rules in the fight against the Wuhan coronavirus (COVID-19) pandemic, he told CNN interviewer Paula Hancocks. Asked for his motives in coming to Taiwan just three months away from the U.S. elections, Azar said his trip was purely related to health matters.

Before his arrival last Sunday (Aug. 9), Taiwanese officials allayed fears of infections, saying his delegation would travel in separate vehicles and would use different elevators to access the locations of his meetings.