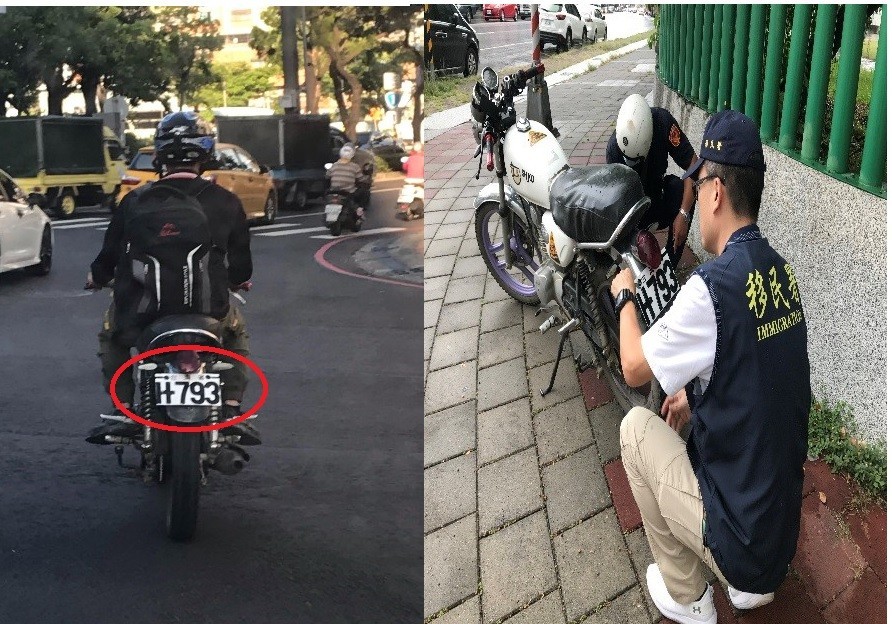 TAIPEI (Taiwan News) — An unaccounted for Vietnamese worker was apprehended after an immigration officer spotted him riding a motorcycle in southern Taiwan with a homemade license plate.

While a National Immigration Agency (NIA) officer was passing through Jiuru 1st Road in Kaohsiung's Sanming District, he noticed a man riding a heavy-duty motorcycle (above 250cc). When he looked at the motorcycle's rear license plate, he noticed that there was something odd about it.

He observed that the plate differed in size from the standard dimensions and the number appeared to have been scrawled on with a magic marker. Although the rider was wearing a helmet, the officer could discern that the man appeared to be a foreign national. When the biker came to a halt at a stoplight, the officer asked him for his ID card. After running his number through the database, the officer soon realized that that the motorcyclist was an unaccounted for Vietnamese worker, and he arrested him on the spot.

When undergoing questioning by NIA officers, the man, who was identified as A Hua (阿華), said that he had admired Taiwanese who rode big motorcycles and saved up money to purchase one of his own. He says that he bought the bike from a seller on Facebook and picked it up in Taichung.

He said that after he purchased the bike in Taichung, he used a GPS navigation app on his phone for more than five hours to make it back to Kaohsiung. He said he thought the motorcycle would make it easier for him to commute to worksites. On the day of his arrest, he said he had originally planned to drive it to the construction site that he had been hired to work at to show off to his coworkers. A Hua said that he had thought the new bike would bring him good luck, but he was dismayed to find that it led to his arrest and will likely lead to his deportation back to Vietnam.

Chao Chih-cheng (趙志成), an official with the NIA's Kaohsiung branch, admonished Taiwanese business owners not to hire undocumented migrant workers for the sake of convenience, since they could face heavy fines if caught. Chao then pledged that the NIA would continue to strengthen its enforcement of the law to protect the labor rights of Taiwanese citizens and legal migrant workers. 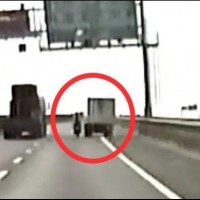 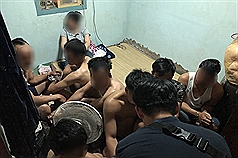