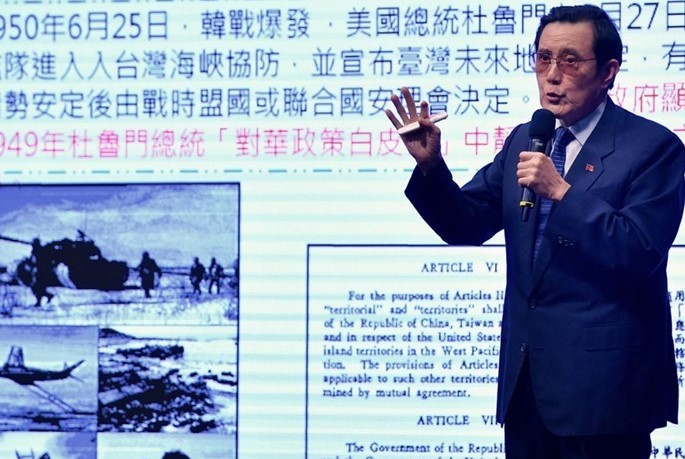 TAIPEI (Taiwan News) — Former President Ma Ying-jeou (馬英九) on Monday (Aug. 10) said the U.S. will not come to Taiwan's aid in the case of a conflict in the Taiwan Strait.

On Monday afternoon, Ma was invited by a non-governmental organization to deliver a speech on cross-strait relations and Taiwanese national security. He stated that China’s strategy of striking Taiwan is to "let the first battle be the last," suggesting that the communist nation aims to launch a quick war so that Taiwan does not have time to wait for American military support, CNA reported.

The president should prevent war from happening, Ma remarked, referring to President Tsai Ing-wen’s (蔡英文) recent comment to foreign media that if Taiwan is attacked by China, Beijing will "pay a great price." She also said that after the nation endures the first wave of attacks, she hopes countries around the world will come to assist it.

Ma said he was worried because the nation’s military is aware of China’s strategy. Once war has begun, it will be over in a very short period of time, he predicted, giving Taiwan no chance to wait for the U.S. military.

The former two-term president added that in fact, there is no way the U.S. would even come to the rescue in such a situation.