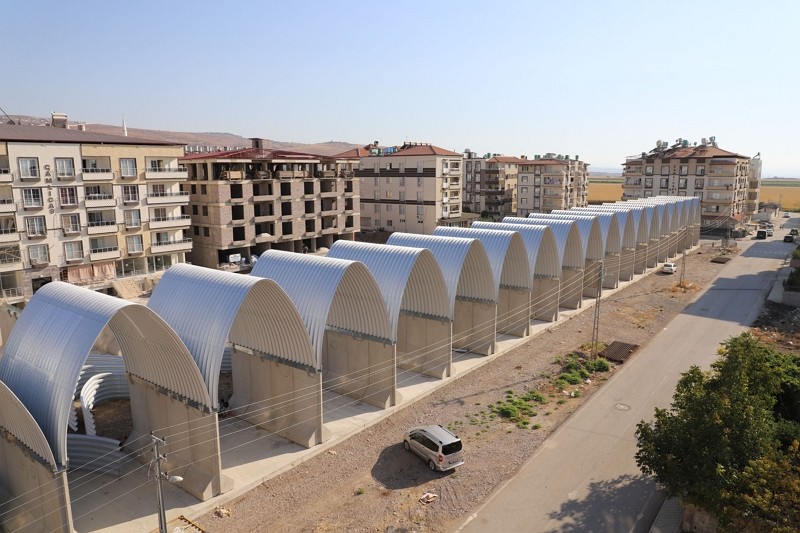 TAIPEI (Taiwan News) — A cluster of Taiwan-sponsored structures erected along the border of Turkey and Syria will be tasked with bringing the people of the two countries together in an example of how the island country can contribute to a humanitarian cause.

Funded by the government of Taiwan and built in the Turkish city of Reyhanli, the Taiwan-Reyhanli Center for World Citizens (or Taiwan Center) that broke ground last September is slated for completion next month. The multipurpose facility will serve both Turkish residents and Syrian refugees dwelling on the border, reported CNA.

The Center will become a place where people of different ethnicities can mingle, take classes, and receive vocational training — services for the welfare of those who now call Reyhanli home. The venue will also be a hub for handicraft industries and artist-in-residence programs that host creators from Taiwan, Turkey, and Syria.

Inspired by the courtyard arcade of the Great Mosque of Aleppo in Syria, the 6,000 square-meter edifice has 52 dome units and is the first of its kind that seeks to bridge the divisions between the people of the two sides since Syria was plunged into a decade-long conflict.

According to the report, Turkey is home to about 3.6 million Syrian refugees. Reyhanli, which has a population of 100,000 Turks, has suffered a strain on its limited resources with the increased financial burden of 120,000 refugees fleeing from neighboring Syria.