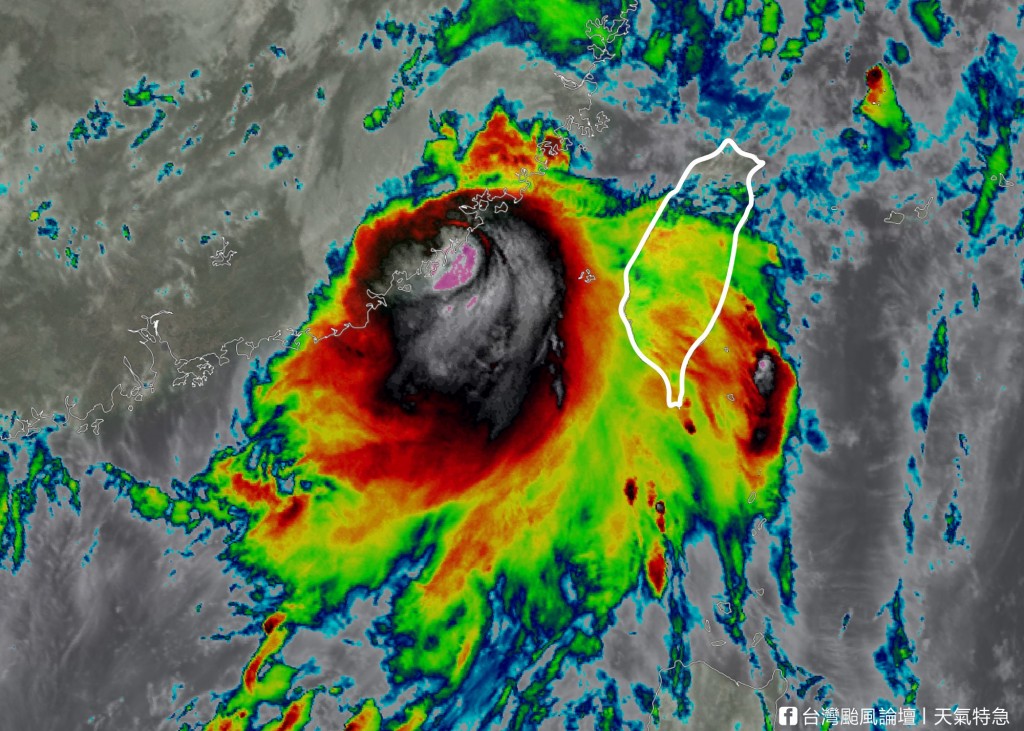 TAIPEI (Taiwan News) —The periphery of Tropical Storm Mekkhala, the sixth tropical storm of the year, will bring rain to Taiwan today (Aug. 11), while China is bracing for more flooding as the storm makes landfall in the communist country.

At 8 a.m. this morning, the center of Mekkhala was 100 kilometers west of Kinmen moving north at a speed of 29 kilometers per hour (kph), according to the Central Weather Bureau (CWB). It has a radius of 120 kilometers and is packing maximum sustained winds of 82.8 kph, with gusts of up to 108 kph.

As Mekkhala gradually shifts away from Taiwan, the cyclone has passed over Penghu, but Kinmen is still within its radius, likely bringing heavy storms by noon. The CWB announced that it will lift its land and sea warnings by 2 p.m. today, but rainfall will likely continue in southern and southeastern Taiwan through Wednesday (Aug. 12), while mountainous areas of northern and central Taiwan could see thunderstorms in the afternoon due to unstable atmospheric conditions.

The Meteorological Bureau stated that although the Mekkhala's storm circle is gradually moving away from Taiwan, the surrounding coastal winds are still strong, and powerful gusts of Level 8 to 9 on the Beaufort scale may appear in the coastal areas today. The cyclone will come closest to Taiwan during the first half of the day, and Level 10 wind gusts and torrential rain has been reported. In terms of rainfall, the storm is churning off the coast of western Taiwan, and cloud bands are hovering over Kinmen, while Penghu is still feeling the effects of its periphery. The CWB has issued a heavy rain advisory for Taipei City, New Taipei City, Taoyuan City, Hsinchu County, Miaoli County, Taichung City, Nantou County, Yunlin County, Chiayi County, Tainan City, Kaohsiung City, Penghu County, and Kinmen County, with an extremely heavy rain advisory for Pingtung County and Taitung County.

Over the next 24 hours, rain will continue during the day in southern and southeastern Taiwan. Due to the unstable atmospheric environment in the mountainous areas of northern and central Taiwan, thunderstorms are likely in the afternoon.

As the typhoon gradually moves northward, it will weaken into a tropical depression. On Wednesday, Taiwan will still be affected by a low-pressure system, with skies ranging from partly cloudy to sunny, and the residual moisture likely causing thunderstorms in the afternoon.

According to the CWB, the tropical storm made landfall on the coast of Fujian at 7 a.m. this morning and continued to move northwards. The China Meteorological Administration (CMA) has issued a Level III emergency response for the storm, while its National Meteorological Center issued a blue warning for the typhoon and rainstorms.

China's central government has ordered weather bureaus in Beijing, Tianjin, Hebei, Shanxi, Liaoning, Fujian, Henan, Sichuan, Shaanxi, Gansu and other provinces that may be affected to start or adjust the corresponding emergency response levels in response to conditions on the ground. In preparation for Mekkhala's arrival in Fujian, China's National Flood Control and Drought Relief Headquarters has launched its emergency response for flooding to Level IV and sent personnel to Fujian for "flood defense work."