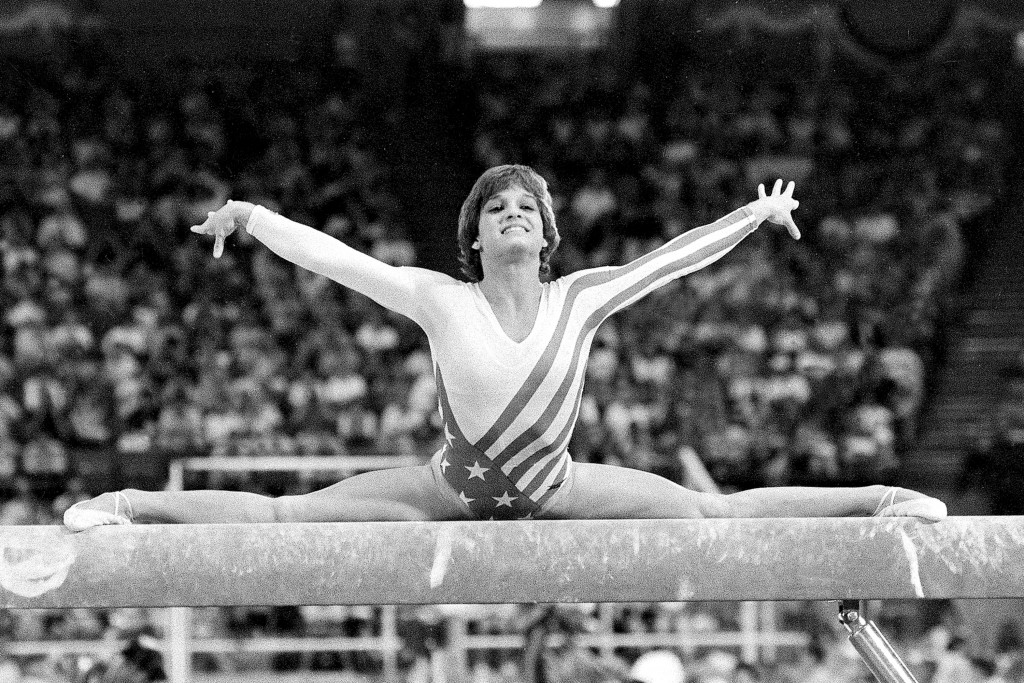 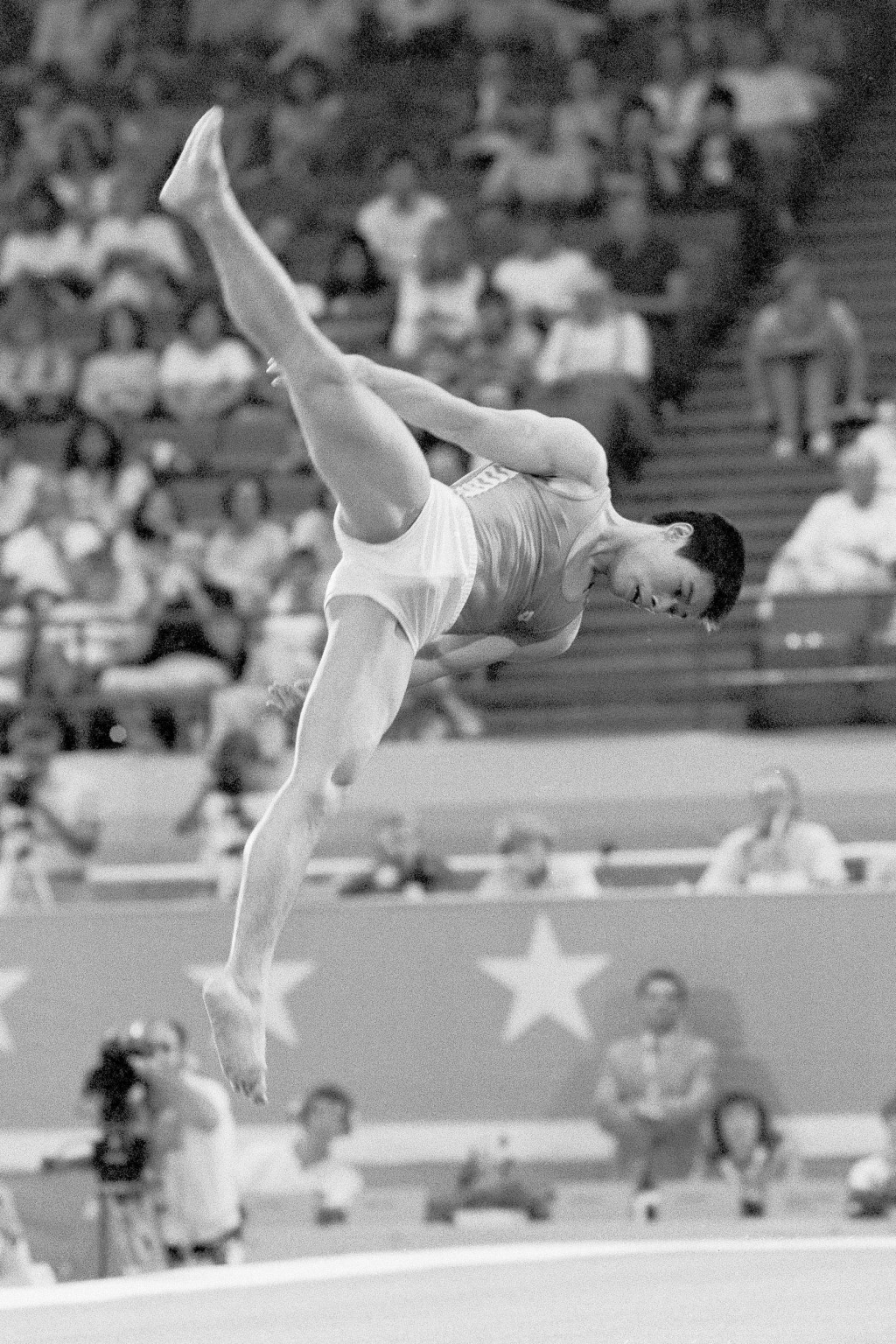 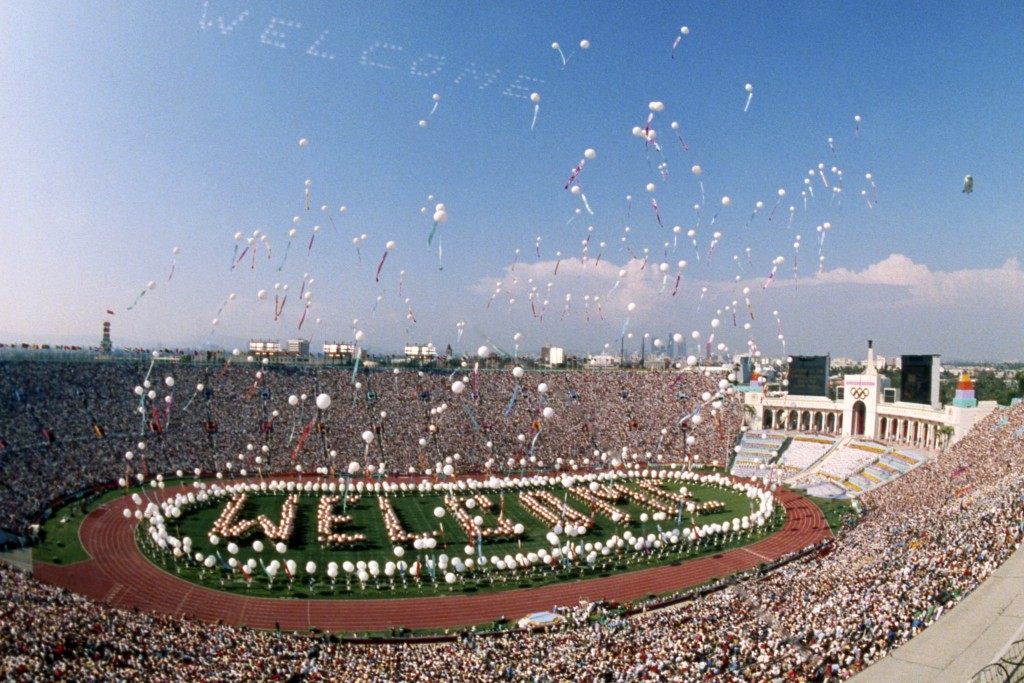 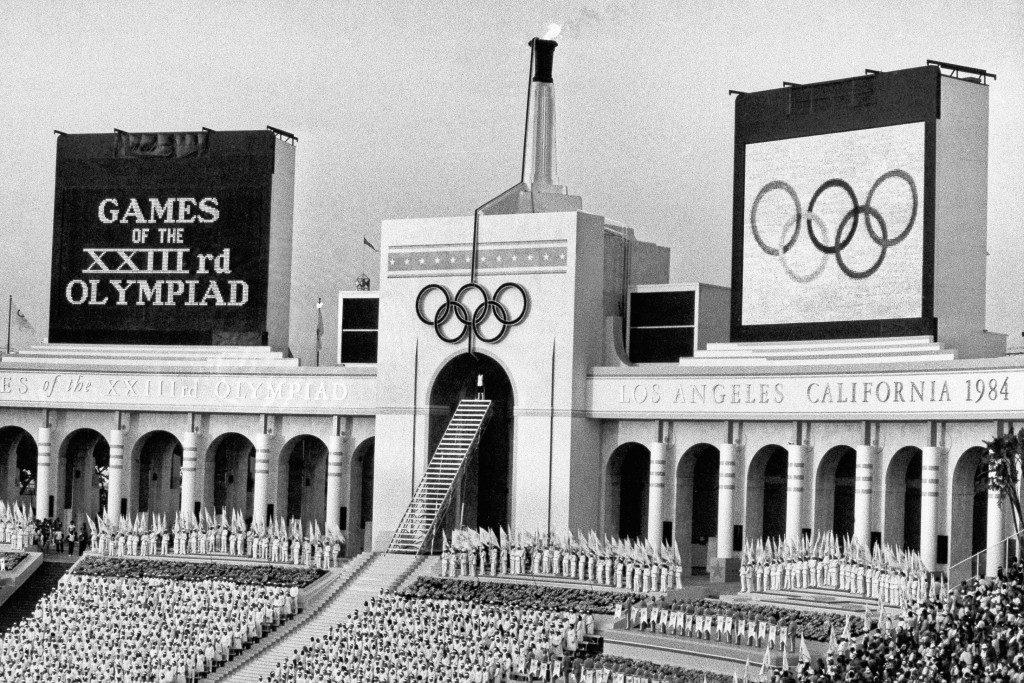 EDITORS — With the Tokyo Olympics postponed for a year because of the coronavirus pandemic, The Associated Press is looking back at the history of Summer Games. This story ran Aug. 4, 1984, and was written by Pete Herrera, a former AP sports writer who is now retired.

LOS ANGELES (AP) —Mary Lou Retton would not be denied — not by a surgeon’s knife and not by the pressure of Olympic gold.

Retton, who Friday night became the first American woman to win the all-around gymnastics title in the Olympics, capped her comeback from knee surgery six weeks ago with a storybook finish at Pauley Pavilion.

The country’s newest sports princess showed that she may also be its toughest.

Trailing Romanian star Ecaterina Szabo by .150 points going into the final two events, Retton nailed a pair of perfect 10.00 scores in the floor exercises and vault to win the gold.

“I’m glad I ended on vault,” Retton said of her strongest event. “I did have that added pressure on me, but I work better under pressure.”

Bela Karolyi, Retton’s personal coach who defected from Romania after tutoring Nadia Comaneci to the pinnacle of gymnastics at the 1976 Olympics, called it “the most dramatic Olympic all-around ever.

“Two great kids — shoulder by shoulder, neck by neck, no one making a mistake,” he said. “I guarantee you, no gymnast in the world could do what Mary Lou did tonight — make up that difference and come back.”

It was an ending worthy of a Hollywood scriptwriter — and Retton relished every minute.

Going for broke on the floor exercise, the 16-year-old from Fairmont, W.Va., put on a dazzling display of somersaults and backward flips, just barely keeping her size-three feet inbounds on her second set of somersaults.

She got the 10.00 she needed and, with Szabo coming up just short with a 9.90 in the vault, Retton clearly had the Romanian in her sights.

As the capacity crowd urged her on, Retton moved to the vault, concentrated, then pounded down the runway — and saw gold.

Retton’s score of 79.175 edged out Szabo, who had set the standard for the night when she started the all-around finals with a perfect score on the balance beam. Romania also won the bronze as 15-year-old Simona Pauca finished with 78.675 points.

Just six weeks ago, Retton’s dream of Olympic gold was wrapped in a knee brace after she had surgery to repair cartilage that had torn loose in her right knee.

With the Olympic medal resting on her chest, Retton reflected back to that day. “That was the worst feeling in all my life,” she said. “I couldn’t move it (knee) and I thought at was over.”

Within days, however, she was back on a bicycling machine, and within a week was doing tumbling routines. Her doctor, said Karolyi, “decided it was a medical miracle.”

She left nothing out of her difficult floor exercise routine, then needed only her first vault to win the gold medal. For good measure, Retton duplicated her perfect vault with a second 10.00.

Szabo conceded Retton had “performed very well” on the vault. But Romanian Coach Adrian Goreac said Retton would not have won outside of America.

But the colorful Karolyi had the last word.

“Nadia was a great champion but Mary Lou is the best,” he said, crediting Retton with having the “psychological strength and perfection” to finish with two 10s.

The victory by the 4-foot-9 American guaranteed her world stardom a la Comaneci and Olga Korbut of the Soviet Union — the pair who revolutionized the sport in the 1970s.

Asked what it was like to be at the top of the gymnastics world, Retton sighed and said, “I can’t describe it. All those years of work finally paid off. It’s great to stand up there and hear the national anthem.”

Karolyi predicted that Retton’s highly athletic routines requiring great physical strength will set a new trend in world gymnastics, a sport that has long been dominated by fragile-looking girls. Despite her small size, Retton has a compact figure of astonishing power.

Perfect scores were also recorded Friday night by American Julianne McNamara and China’s Ma Yanhong, both in the uneven bars.