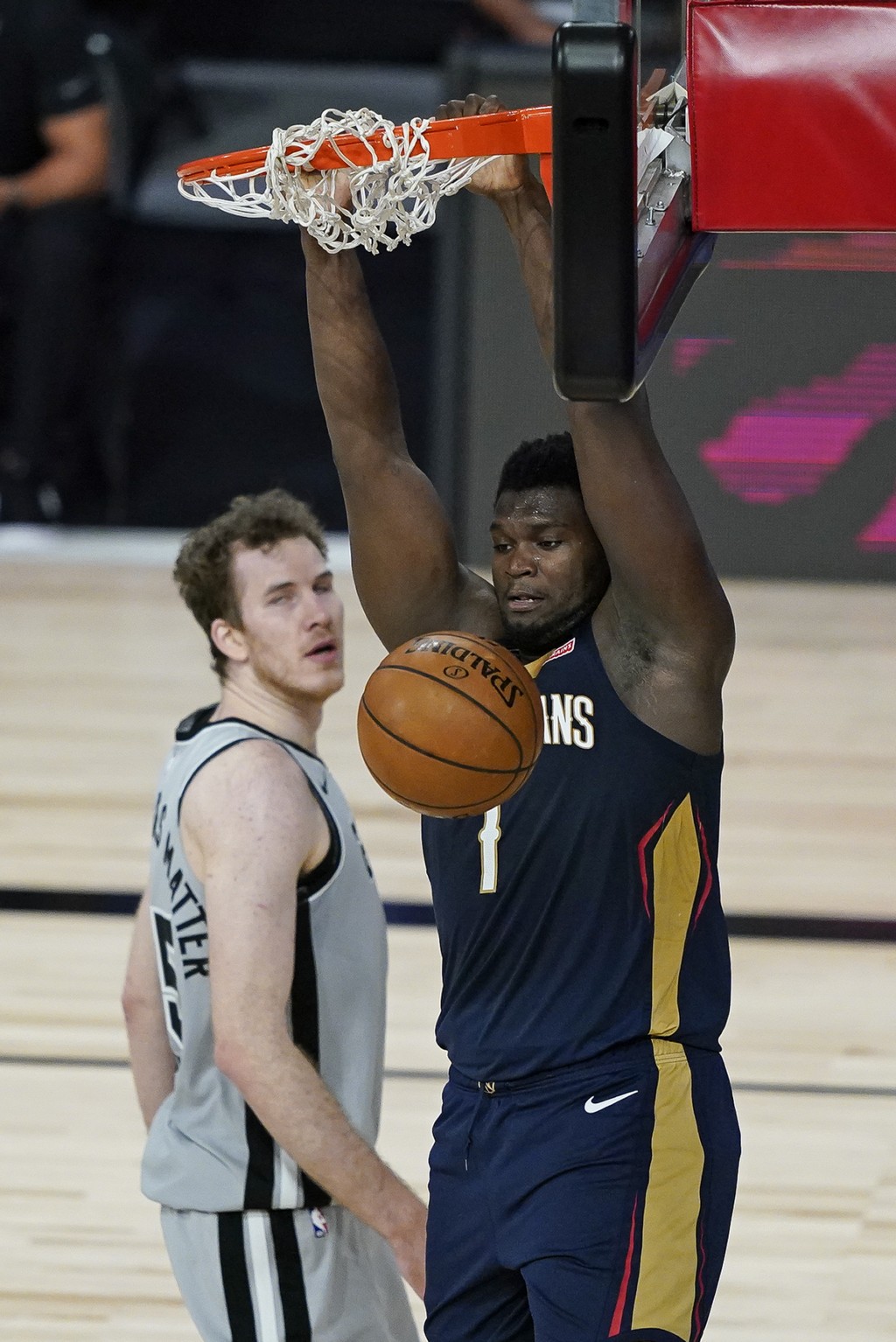 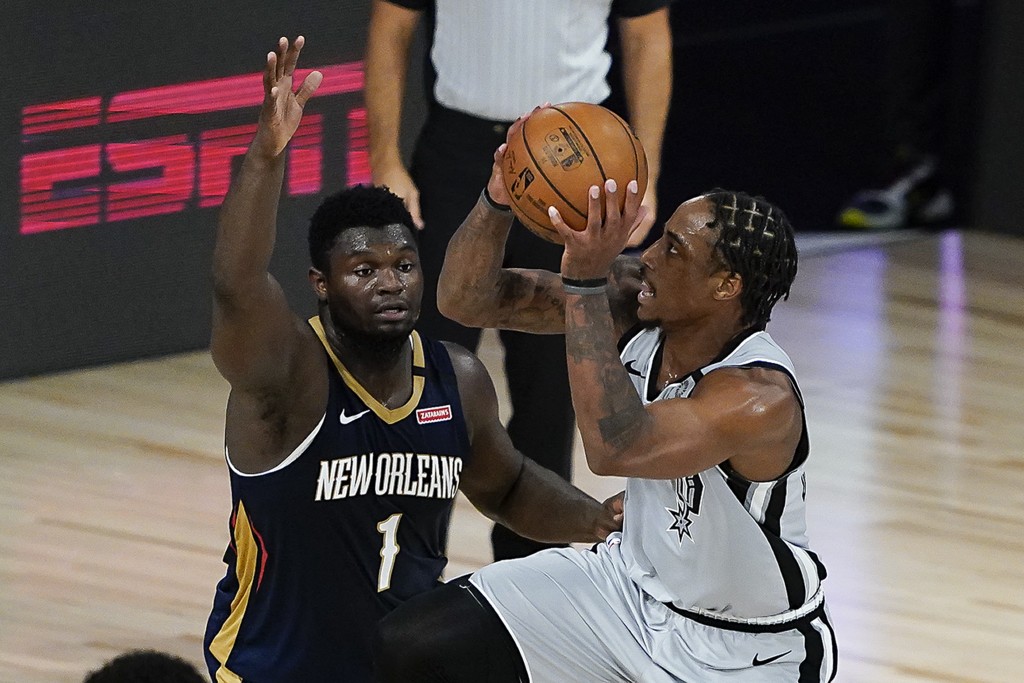 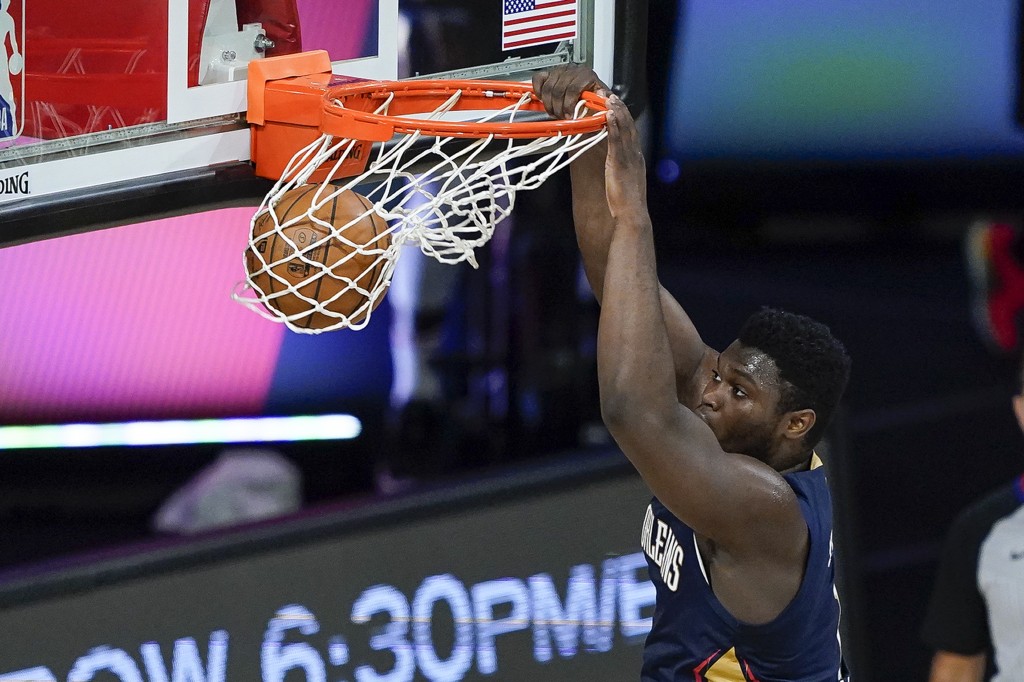 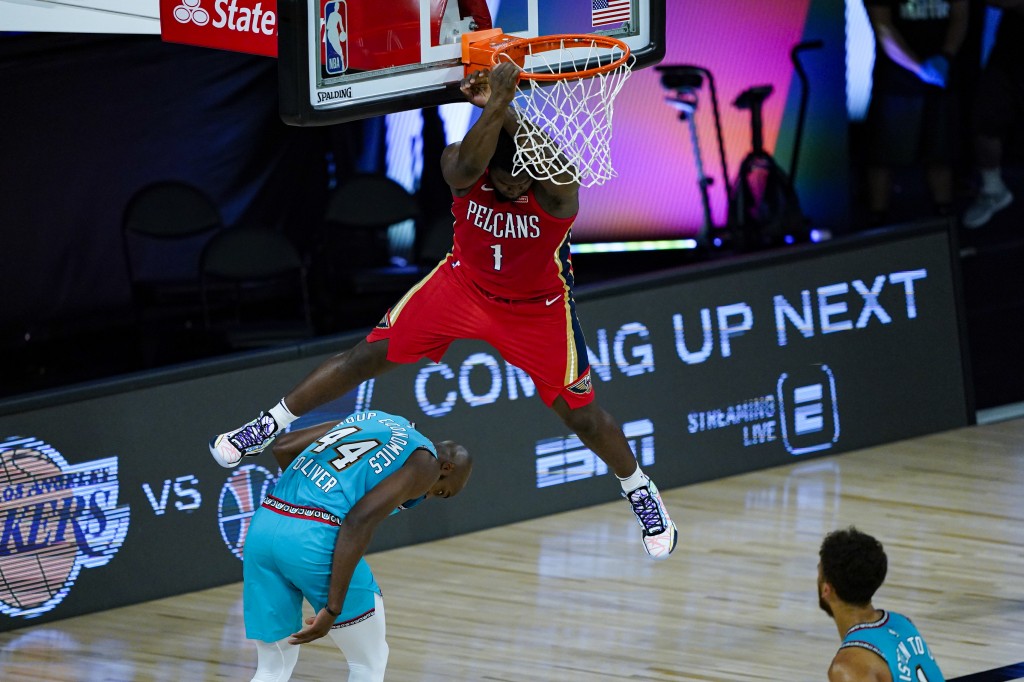 It’s not an uncommon stop on the NBA learning curve.

Even for No. 1 draft picks, like Williamson was a year ago, winning takes time. The last player to go from being the top overall selection one year to a playoff-game starter the very next season was Derrick Rose -- more than a decade ago. LeBron James needed three years to make the playoffs. John Wall needed four seasons. So did Kyrie Irving, his wait ending in large part because James returned to Cleveland.

Williamson is about to learn what that process is like. The New Orleans Pelicans are out of playoff contention, something they pretty much knew was the case after a loss to San Antonio on Sunday afternoon -- and something that became mathematically certain that night, when Portland beat Philadelphia.

“What I see is what everybody else on the planet sees: that he’s a hard-working, aggressive player,” San Antonio coach Gregg Popovich said of Williamson. “Competes at the highest level. Very explosive, very quick, very strong. He’s learning the game like any other young player, but very willing and quite a young prospect.”

The Pelicans have two games left, both meaningless in terms of the playoff picture, and given how cautious they were with Williamson this year it could very easily mean that he has played for the last time as a rookie.

If his rookie season is done, here are the final numbers: 22.5 points and 6.3 rebounds per game on 58% shooting, albeit in only 24 games. There are many rookies over the years who averaged more points and grabbed more rebounds, but none of them scored as much, rebounded as often and shot as well — the big difference — as Williamson this season.

Williamson was asked Sunday what he learned from a year that included injury, frustration, a pandemic and racial strife.

He took several seconds before answering.

“Just live life, moment by moment,” Williamson said. “Learn from each moment, learn from each experience and just take those lessons and apply it to your life.”

It was not an unsuccessful season, at least not by all measures. Williamson is a rookie of the year finalist along with heavily favored Ja Morant of Memphis and Kendrick Nunn of Miami, though isn't expected to win the award simply because he didn't play in many games.

“Zion, he would have won the award, the numbers he's putting up, if he played the whole season," Turner Sports analyst Kenny Smith said Saturday when the award finalists, including rookie of the year, were revealed.

Williamson will now have at least a couple months off -- the earliest next season is expected to start is December -- to get healthier and continue working on his body. He seemed to be laboring at times Sunday, and the long wrap on his right leg doesn’t exactly suggest everything is well.

Williamson missed 44 games at the start of the season after a right knee scope. He missed another with a left ankle problem and got a game last week off to rest. When he played, he was great -- 23 of his 24 games led to double-figure scoring, 19 of them saw him get to at least 20 points, and he’s already one of the league’s premier paint scorers.

He is already a marketing star, signing a massive deal last year with Nike’s Jordan Brand and with some commercials already out for Gatorade. He is the unquestioned face of the Pelicans, their hope for the future.

He just needs to add wins to the resume.

This wasn’t the rookie year he envisioned, but again, even for No. 1 picks the path is rarely easy. The Pelicans' roster will change this offseason, because rosters always change. The status of coach Alvin Gentry, who has one year remaining on his contract, will likely be a talking point once the season ends as well.

If he's healthy, and if the Pelicans keep adding pieces, Year 2 might go much differently than Year 1.

“We just got to put ourselves in a better position to win,” Williamson said.