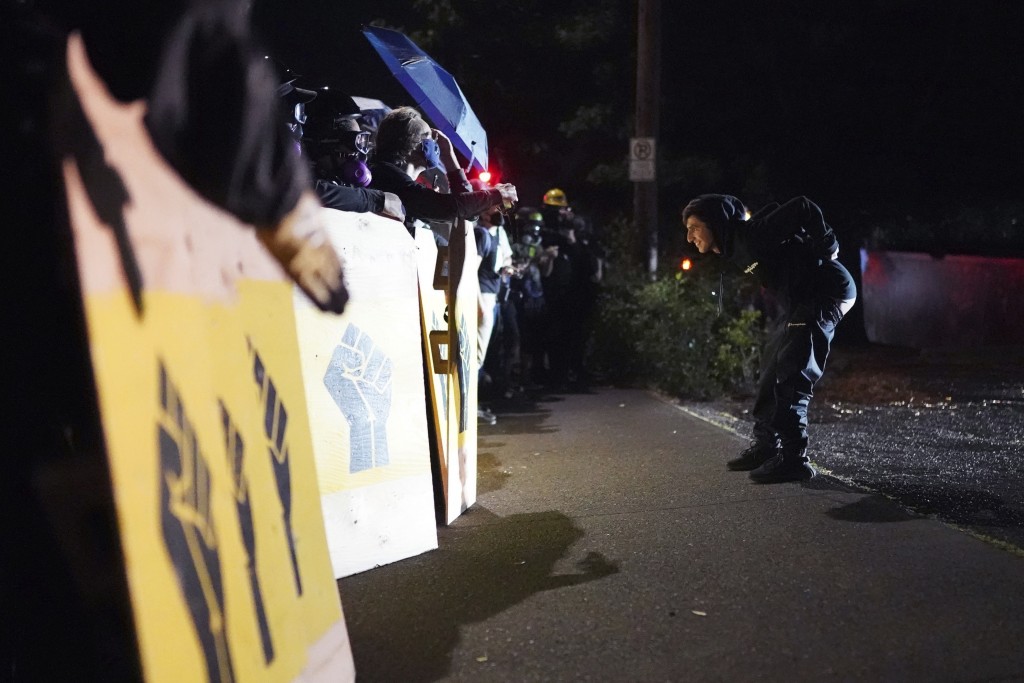 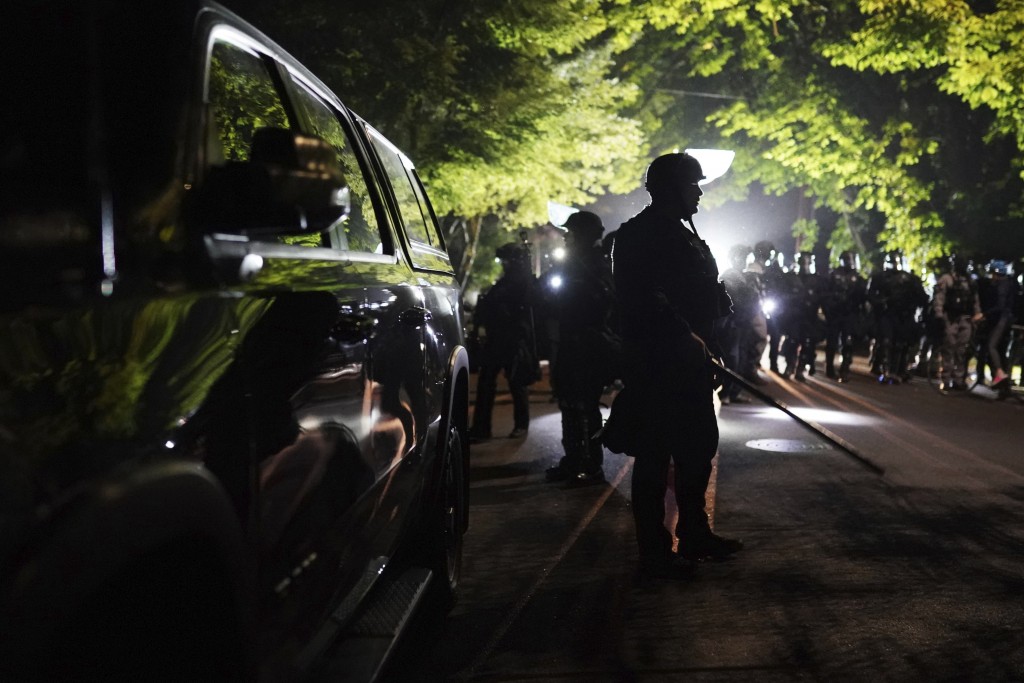 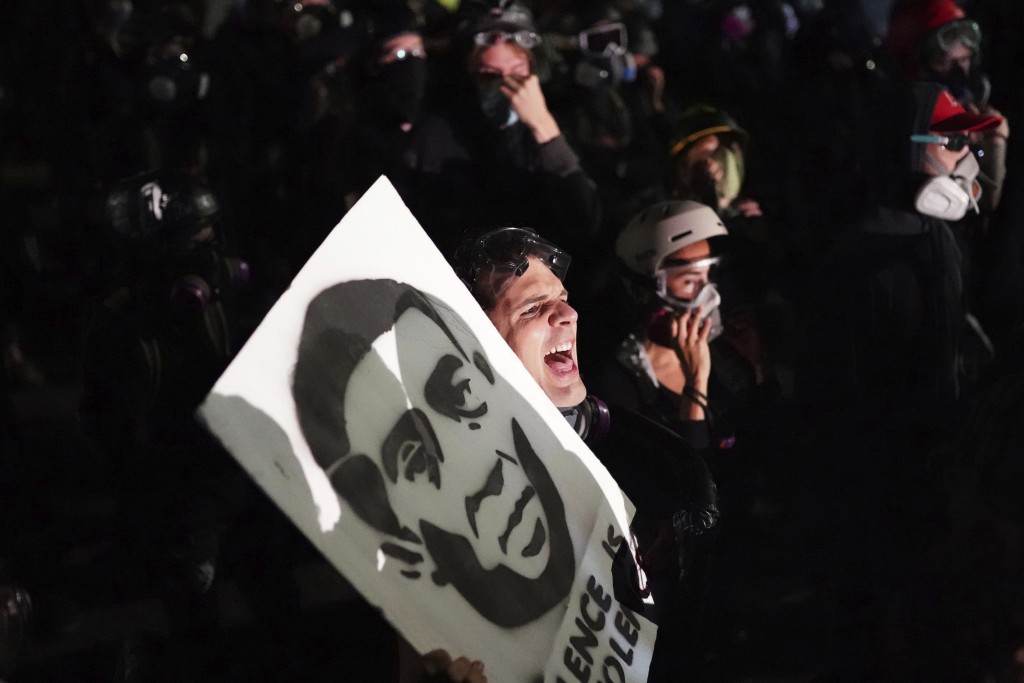 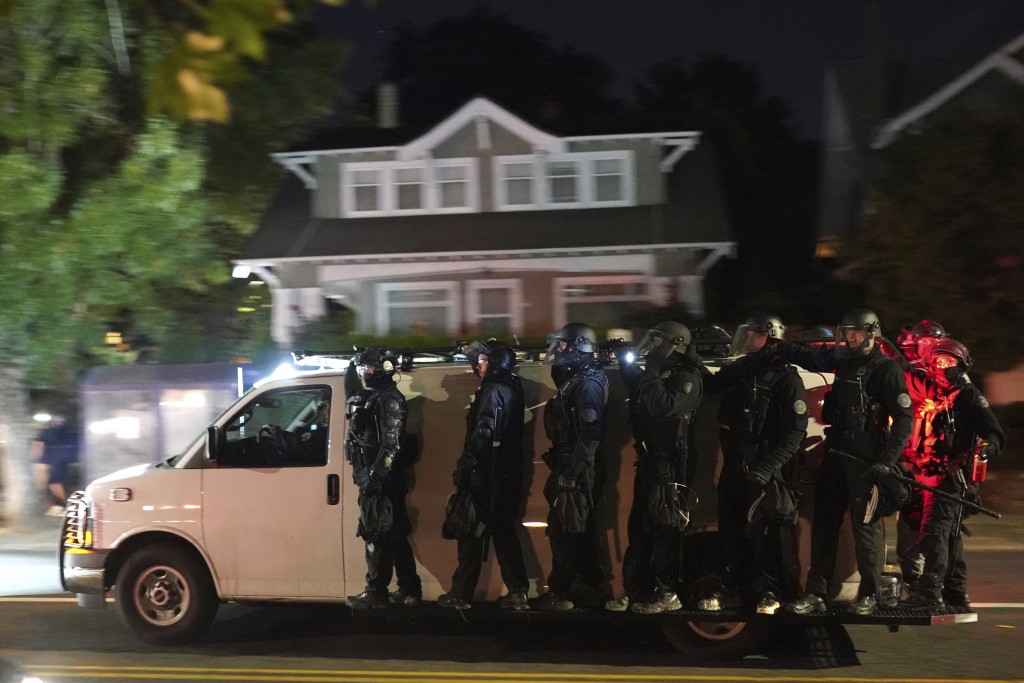 PORTLAND, Ore. (AP) — A riot was again declared by authorities Sunday night in Portland when protesters marched to a police union building, blocked a road and set dumpster fires as officers work to quell nightly unrest in Oregon's largest city.

The protest was over almost as soon as it began outside the Portland Police Association building — the same building where protesters were dispersed after a fire was started inside the offices the night before. Demonstrators Sunday night marched to the building from a park a few blocks away. The road was blocked with fencing, and flames were seen rising from dumpsters in the middle of the street.

Police forced a couple hundred protesters away from the building, and live video showed several people being detained. It's unclear how many may have been arrested.

Since George Floyd was killed in Minneapolis, protests have occurred nightly in the city for more than 70 days.

Demonstrations this past week have been violent. Many in the city had hoped for calm after federal agents withdrew more than a week ago.

Three officers were hurt, including two who were taken to a hospital, during the efforts to clear the crowd of several hundred people outside the union building late Saturday. The two hospitalized officers have since been released. Nine people were arrested during the protest, police said in a statement.

Some demonstrators filled pool noodles with nails and placed them in the road, causing extensive damage to a patrol vehicle, police said. Oregon State Police worked with Portland officers to clear the protesters.

The gatherings this past week had been noticeably smaller than the crowds of thousands who turned out nightly for about two weeks in July to protest the presence of U.S. agents sent by the Trump administration to protect the federal courthouse downtown.

The Portland Police Association building is located about 5 miles (8 kilometers) north of the federal courthouse.