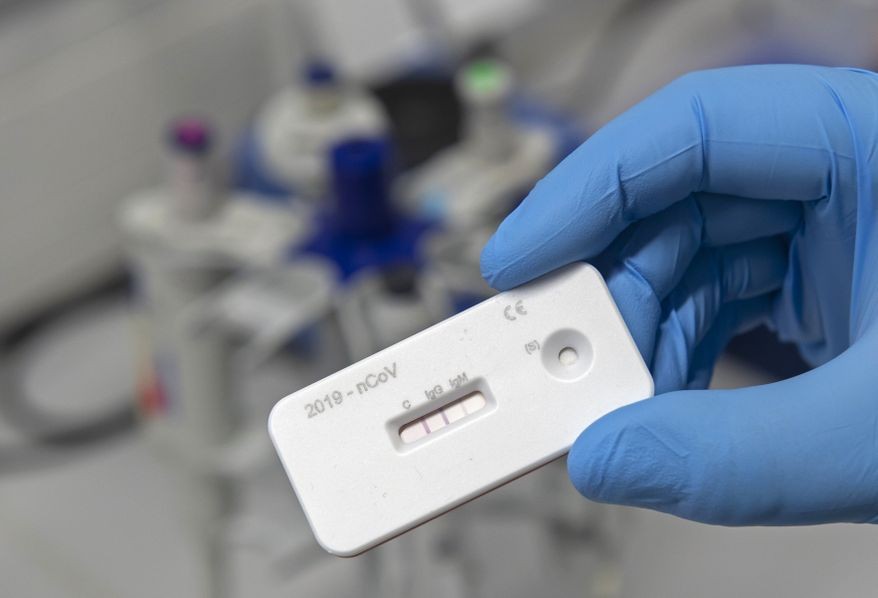 TAIPEI (Taiwan News) — The preliminary results of an ongoing study between Taiwan's top university and Changhua County have found some positives out of approximately 3,000 residents of the country who have been tested for antibodies for the Wuhan coronavirus (COVID-19), indicating a high probability of many undocumented infections.

Since June 11, National Taiwan University's College of Public Health (NTUCPH,) in cooperation with the Changhua County government, has been conducting a survey of residents for serum antibodies against COVID-19 in an effort to test 10,000 people. The subjects tested thus far include confirmed cases and their contacts, people under home quarantine and self-health monitoring, and a control group.

In addition, over 5,000 medical personal, long-term caregivers, and other epidemic personnel will be tested. Although the full report will not be released until Aug. 25, preliminary findings of the study reveal that some people in all the groups studied have been found to have tested positive for COVID-19 antibodies, including protective neutralizing antibodies, reported Newtalk.

At a press conference on Saturday (Aug. 8), NTUCPH Vice-Dean Chen Hsiu-hsi (陳秀熙) announced that of the 3,000 who have been tested so far, there have been subjects who have been found to have antibodies for COVID-19. Chen stated that some members of the four major risk groups tested, including confirmed cases, contacts, people under quarantine, and health care workers, were found to have the antibodies in their bloodstream.

However, Chen emphasized that the most important test results have not yet come out and it is not yet possible to say exactly how many positive tests there have been yet. Chen said that the study is not only implementing rapid screening for antibodies but also to confirm the presence of neutralizing antibodies, such as the NT antibody.

Chen said that based on the case of the Japanese student and Thai migrant worker who tested positive for coronavirus immediately after leaving Taiwan, "There are definitely potential infection cases, without a doubt," reported Storm Media. However, Chen said the exact number needs to be determined and current test results also show that some of the tested people have immunity, but the strength of their immunity has yet to be confirmed.

The total number of confirmed cases of coronavirus in Changhua County has reached 18. In addition, the first known case of domestic transmission and death occurred in Changhua when a local driver contracted the disease from his passenger and succumbed to the virus on Feb. 15.

Many worry that if people have tested positive for the antibody in Changhua, there may also be many who have been exposed to the virus elsewhere in Taiwan, including in greater Taipei. Chen called on the public to refrain from panic and said that the test results for Changhua County will be available on Aug. 25, at which time a determination can be made as to whether there has been any community outbreak.

In response to the report, Public Health Bureau Director Yeh Yen-po (葉彥伯) tried to put a positive spin on things, saying "it is a good thing because it has a protective effect," reported CNA. Yeh also emphasized that confirmed cases were among those tested and who have developed neutralizing antibodies; they would have had to have developed more serious symptoms of the disease, which led Yeh to question the accuracy of the preliminary results.

Central Epidemic Command Center (CECC) spokesman Chuang Jen-hsiang (莊人祥) suggested that some of those found to have antibodies could be people undergoing quarantine who have not yet undergone coronavirus tests. Chuang also said that many false positives cannot be ruled out and that the final results will need to be examined before a conclusion can be made.

During a press conference on Sunday (Aug. 9), Health Minister and CECC head Chen Shih-chung (陳時中) said that the full report has not been released, and only fragments have been revealed, so it is difficult to comment at this time. He then ruled out community clusters but reiterated that he had always called for vigilance and never promised there would be no hidden cases: "However, zero local infections in Taiwan does not mean there are zero risks. Positive results can be expected, but we do not have a community outbreak."