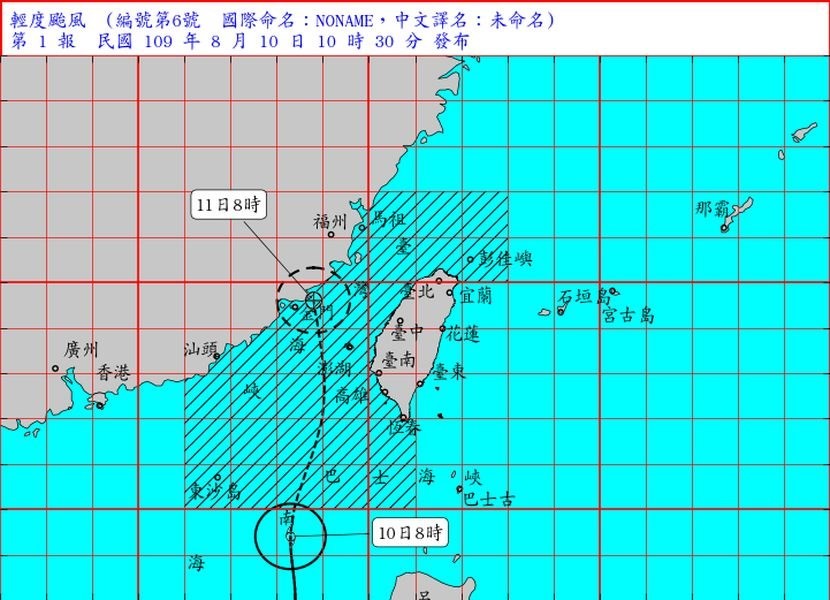 TAIPEI (Taiwan News) — The Central Weather Bureau (CWB) issued sea and land warnings at 10:30 a.m. this morning (Aug. 10) after a tropical depression was upgraded to Tropical Storm Mekkhala (米克拉), marking the first land warning issued in Taiwan for a tropical storm this year.

According to CWB forecaster Chen Yi-hsiu (陳伊秀), Mekkhala started as a tropical depression at 8 a.m. on Sunday (Aug. 9). Currently, it is 390 kilometers southwest of Taiwan's southernmost point Eluanbi moving north-northeast at a speed of 26 kilometers per hour (kph).

Mekkhala has a radius of 80 km and is packing maximum sustained winds of 64.8 kph, with gusts of up to 90 kph. Chen predicts that the tropical storm will roll past Taiwan's Dongsha Islands (東沙群島, Pratas Islands) this afternoon and enter the Taiwan Strait early this evening. Chen forecast that Mekkhala will then head north-northwest and make landfall in China's Fujian Province, possibly between Taiwan's Kinmen and Matsu islands. Chen warned Taiwan residents to beware of powerful winds and large waves from this afternoon through midday Tuesday (Aug. 11).

Penghu, Kinmen, and Matsu, as well as areas of open sea off the southwestern coast of Taiwan, are likely to experience Level 8 to Level 10 winds on the Beaufort scale, according to the CWB. Chen advised people planning to be in coastal areas to beware of sudden, large waves.

As for precipitation, the bureau predicts that showers or thunderstorms are likely throughout the day along southern and southeastern Taiwan. Brief showers and thunderstorms are also possible in central Taiwan.

This evening, rain is possible in northern Taiwan and Yilan. The CWB predicts the tropical cyclone will bring unstable weather to Taiwan for the next three days, with localized heavy downpours and scattered showers possible throughout this period.

Chen said that a tropical depression that formed 2,600 kilometers to the east of Taiwan is not likely to impact the country. As for Tropical Storm Jangmi, Chen said it has already moved far to the north of Taiwan and will pass through South Korea today until this evening. 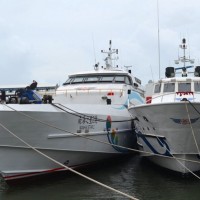