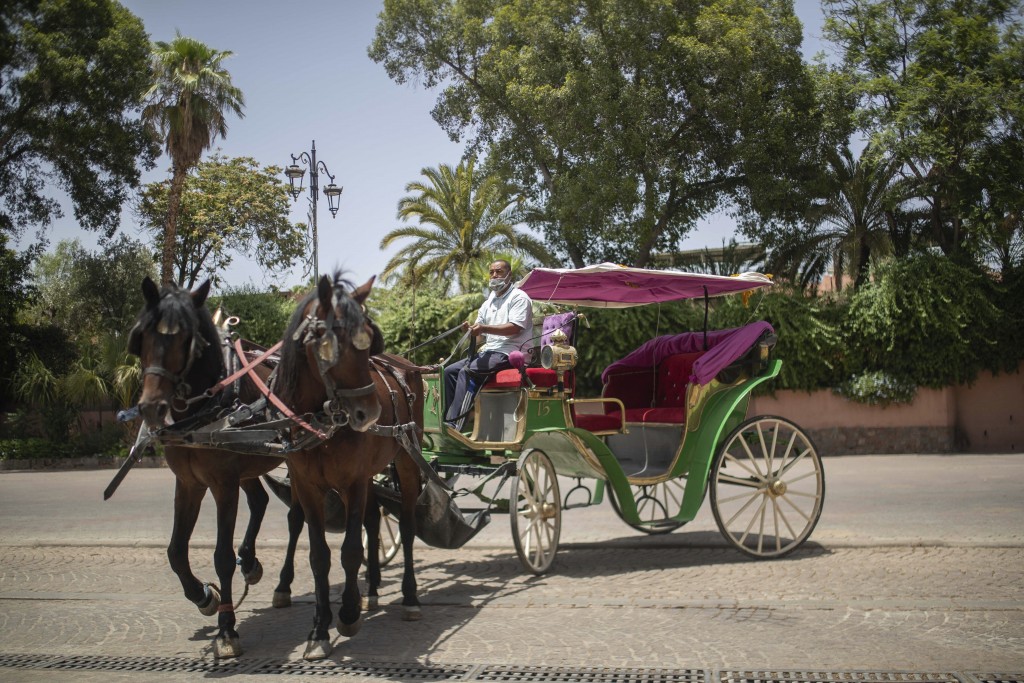 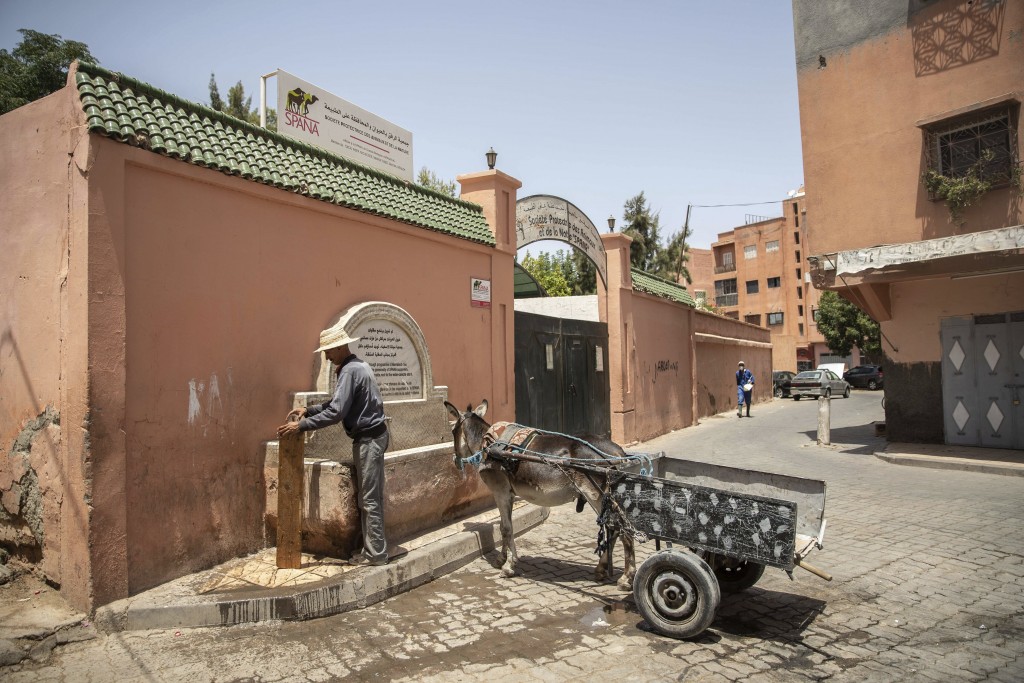 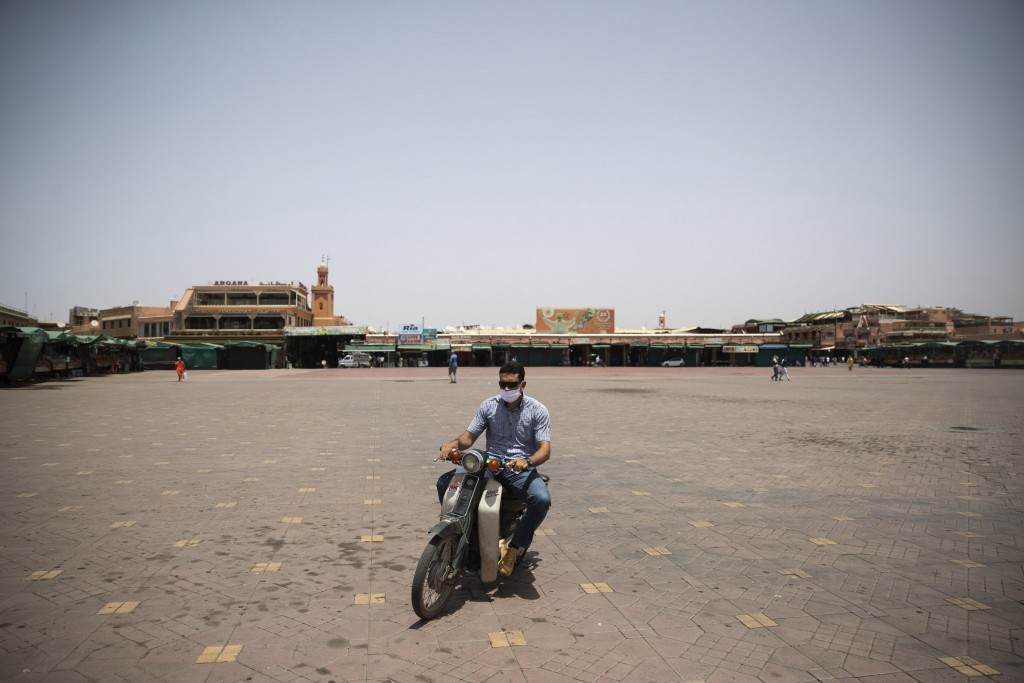 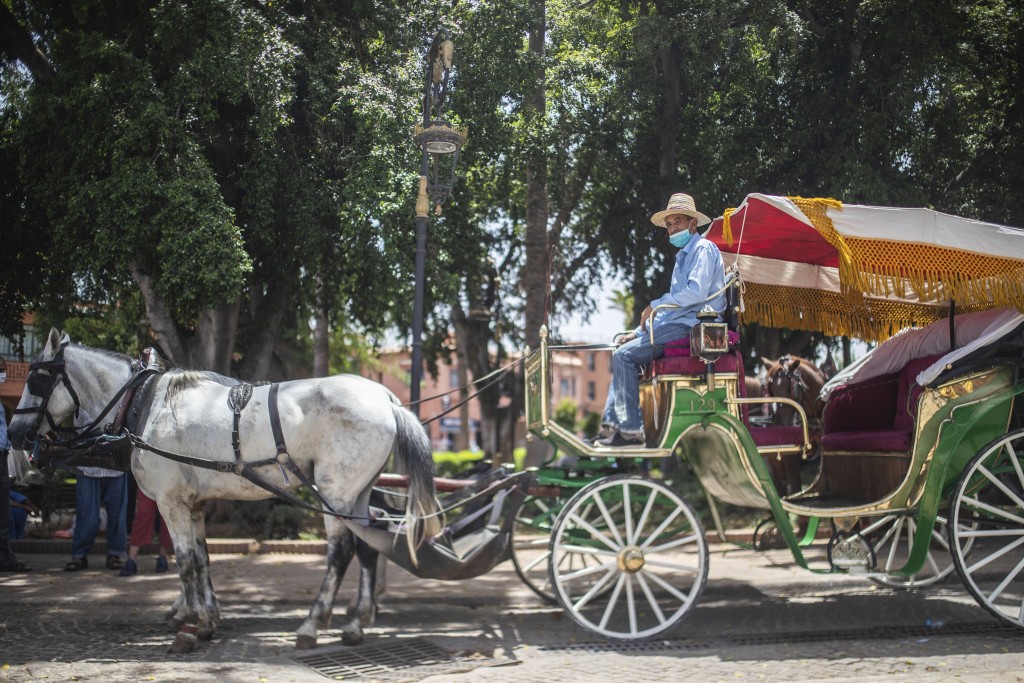 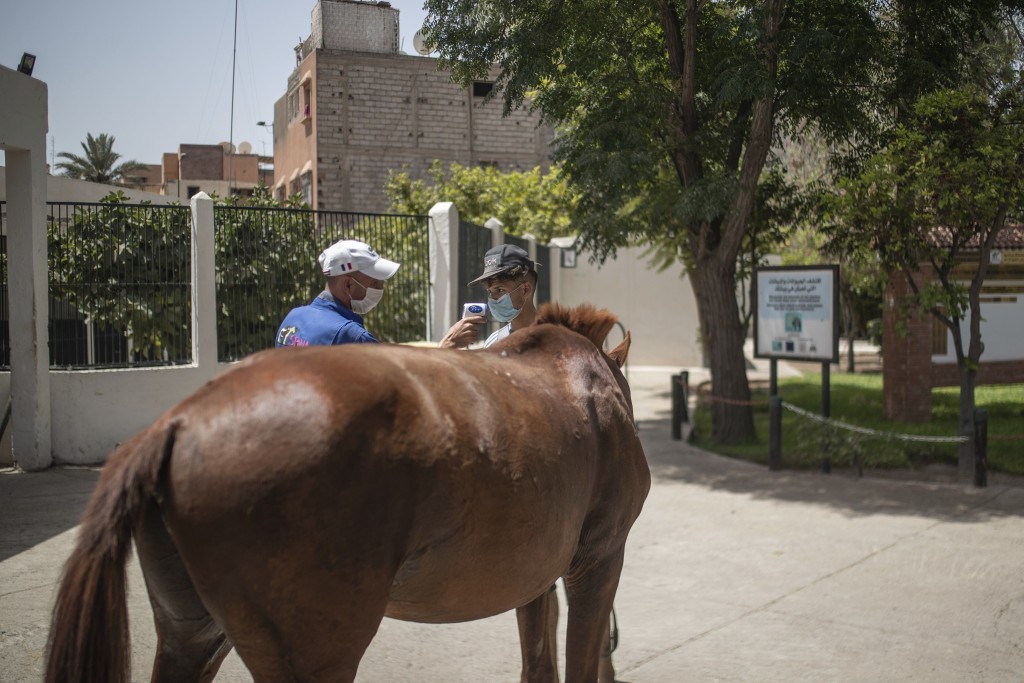 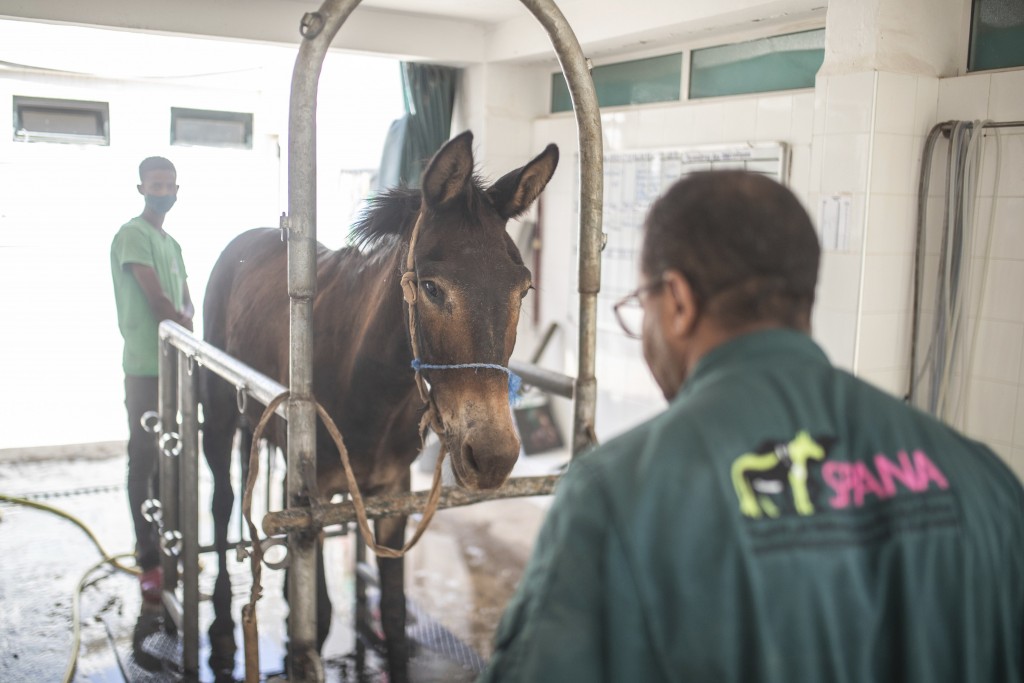 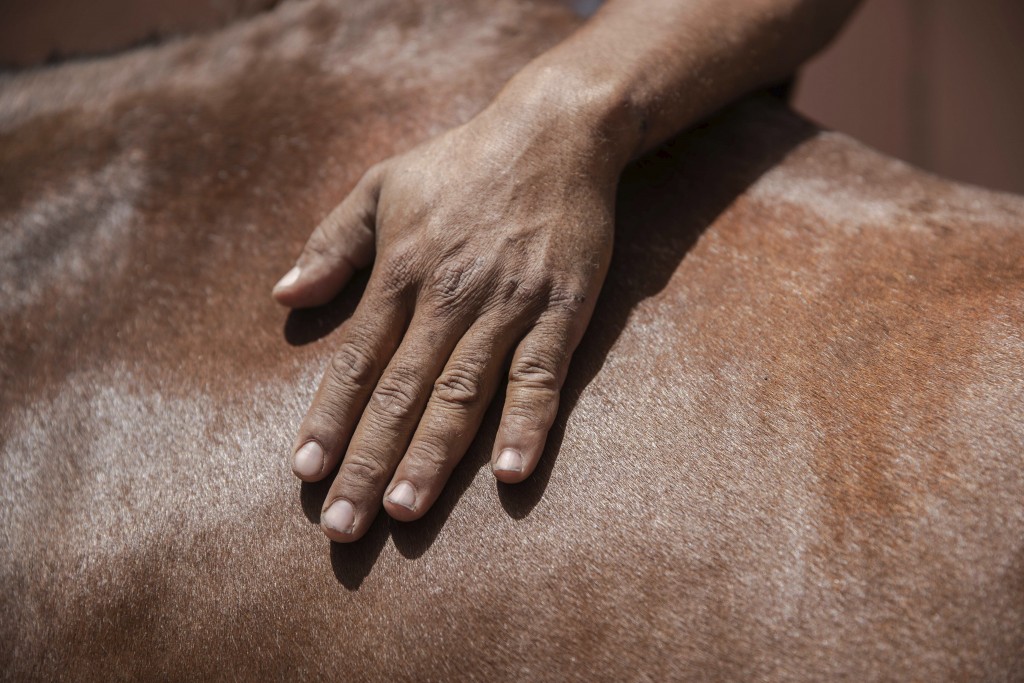 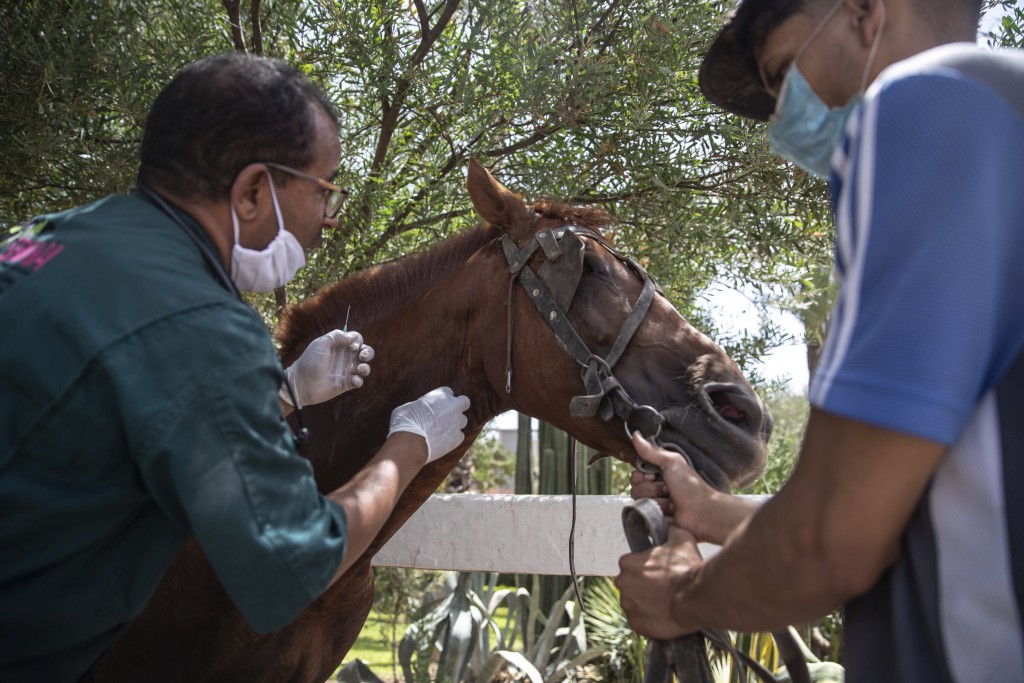 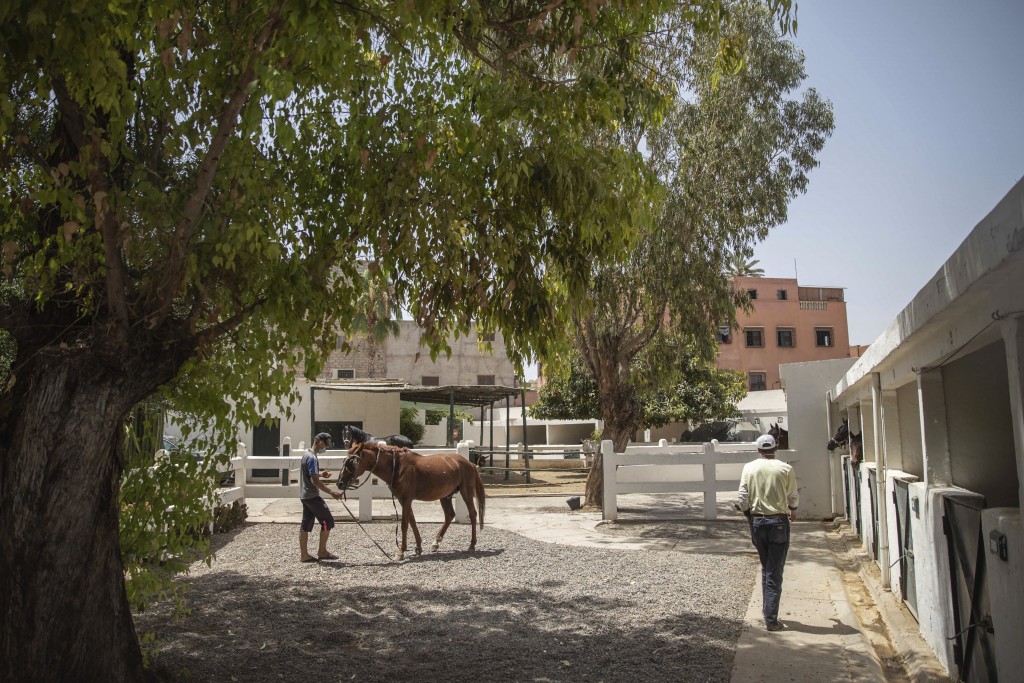 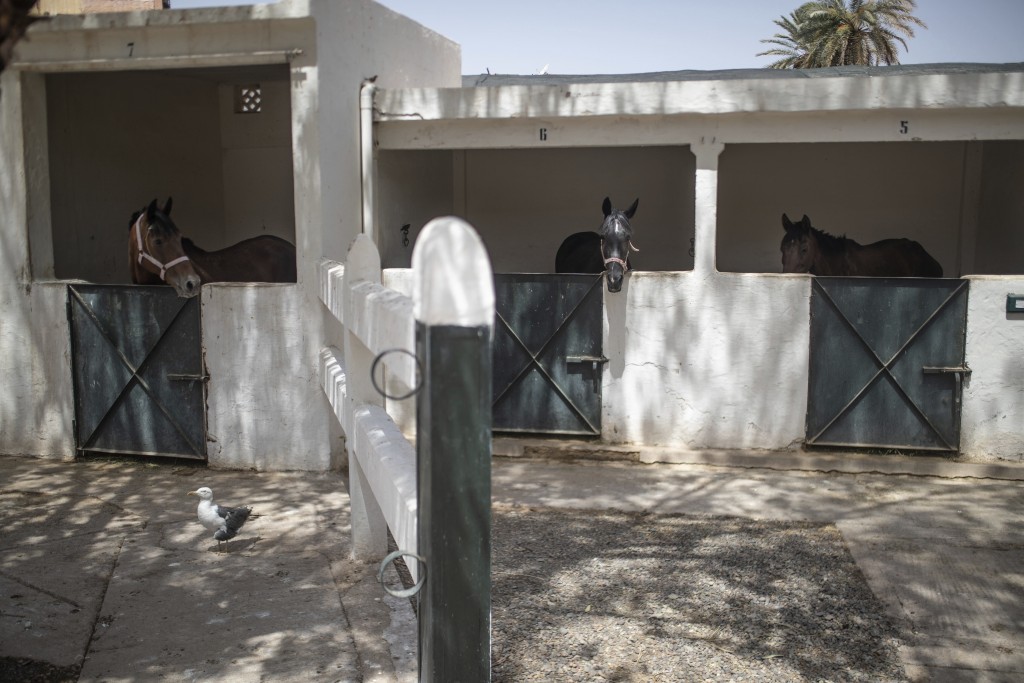 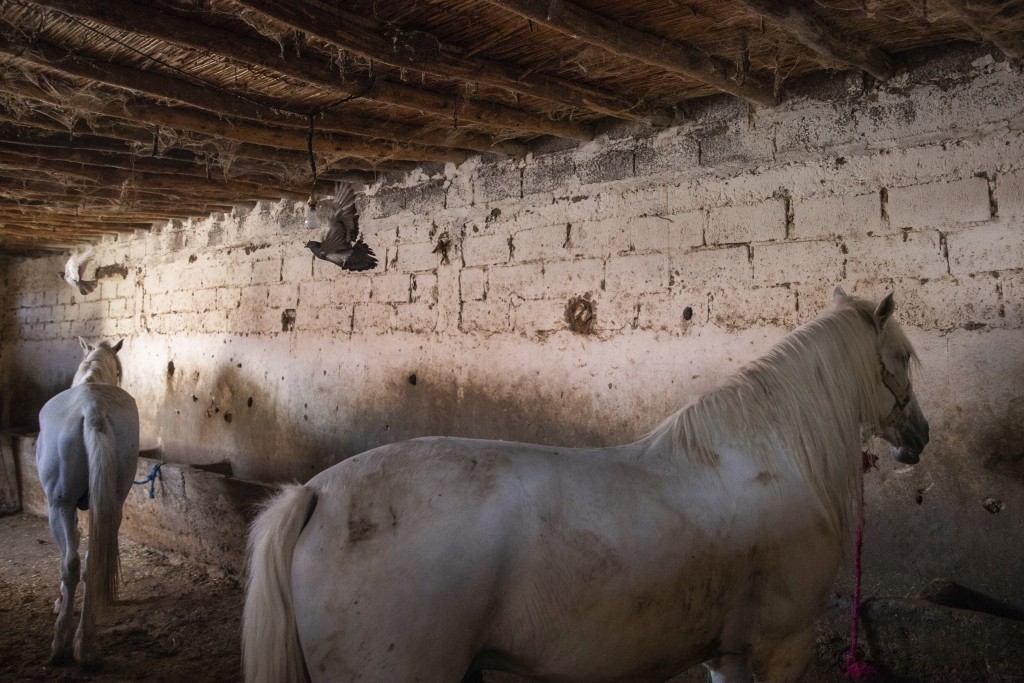 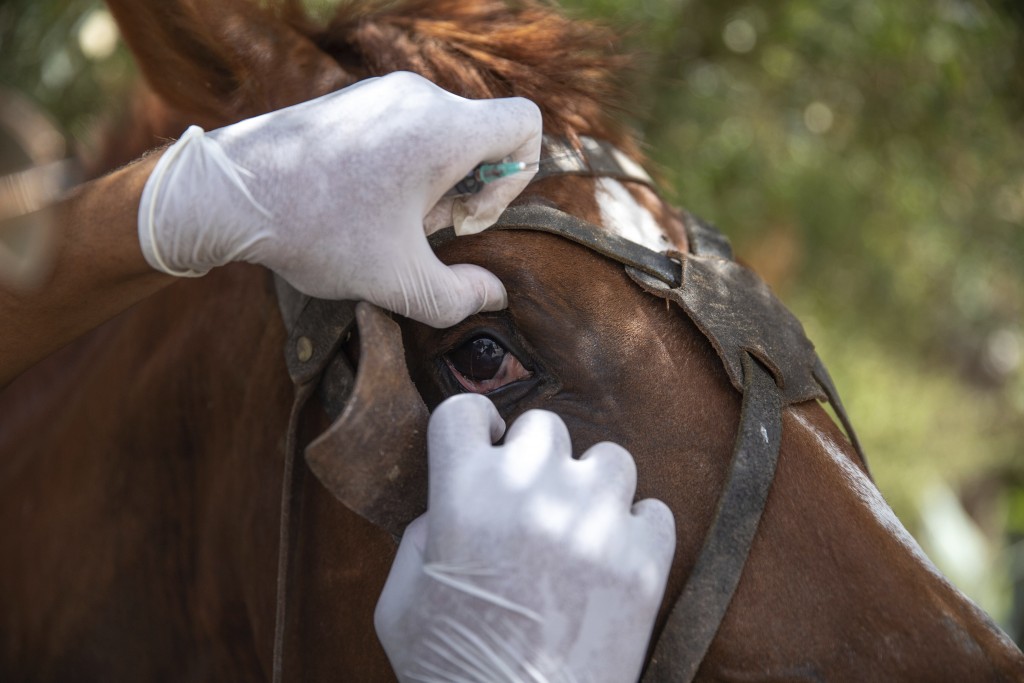 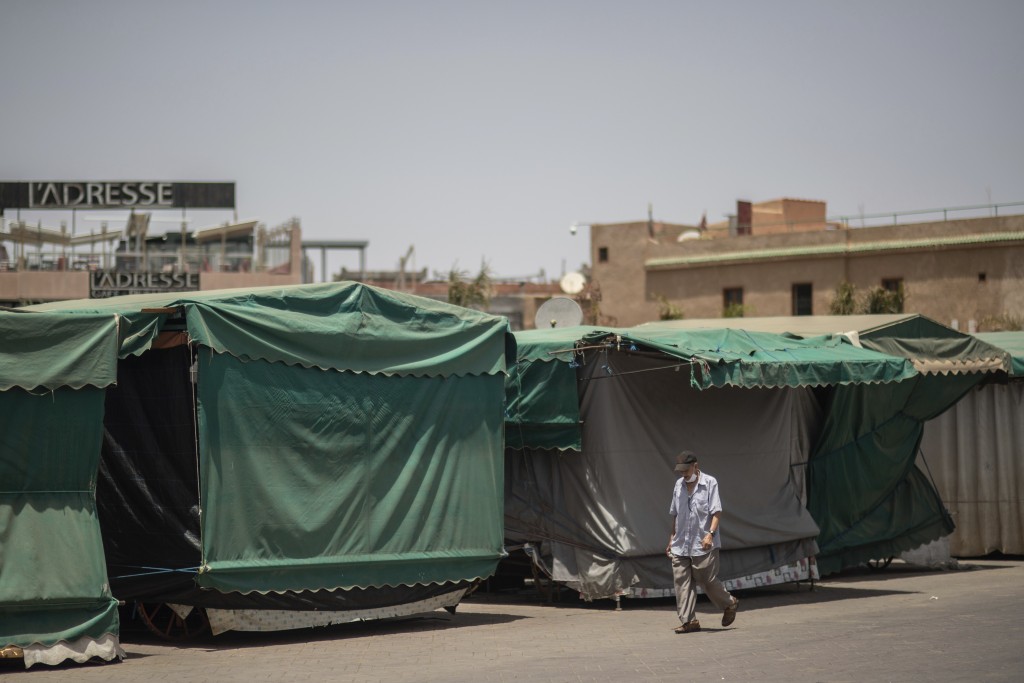 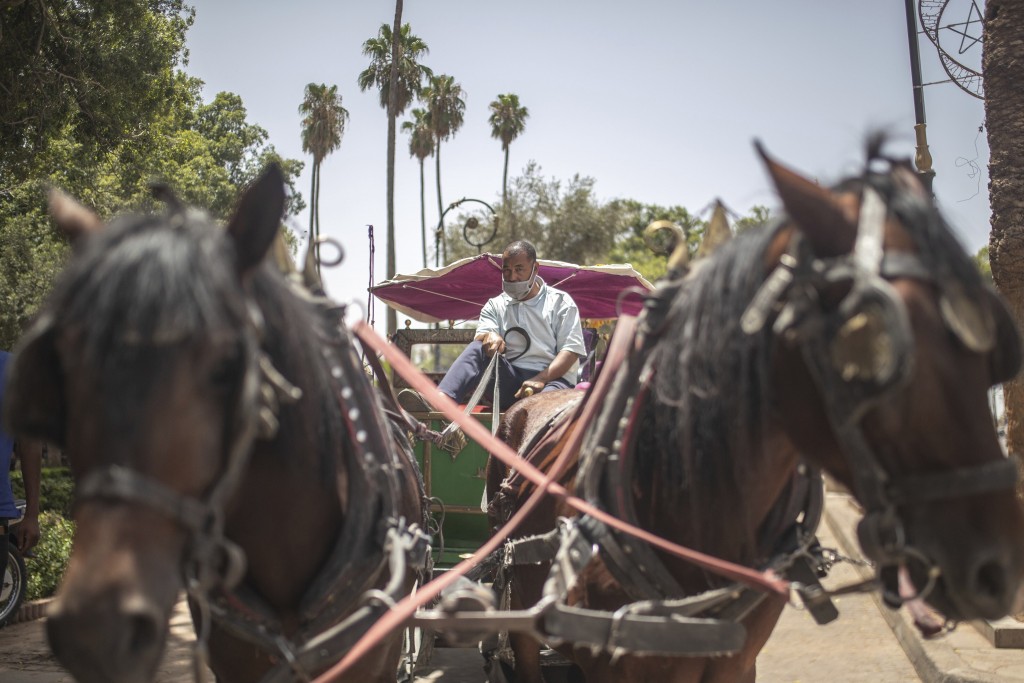 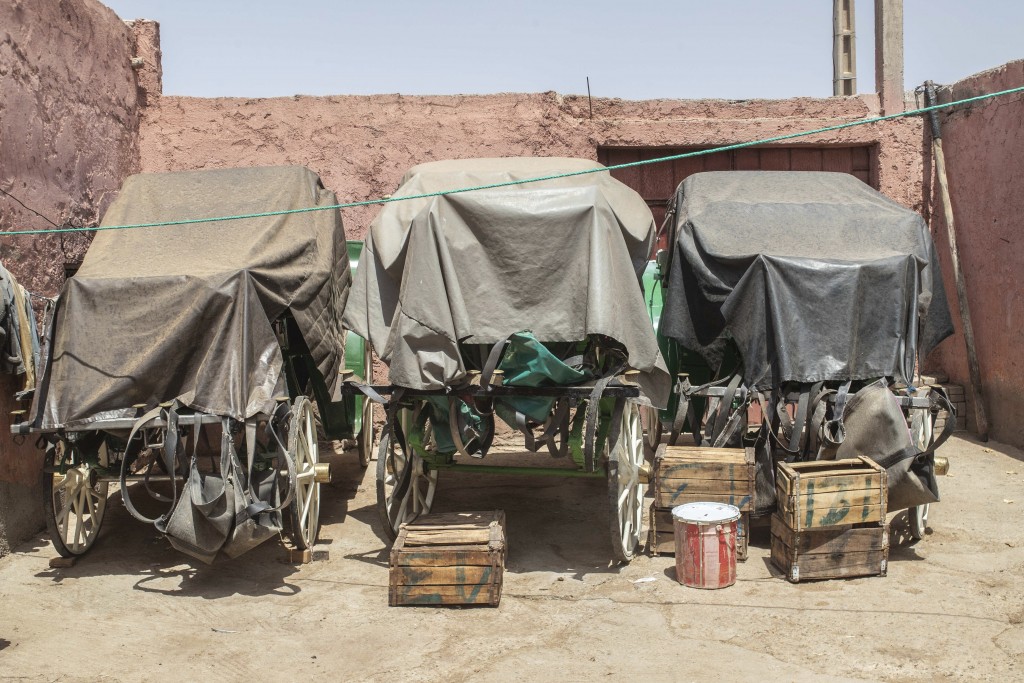 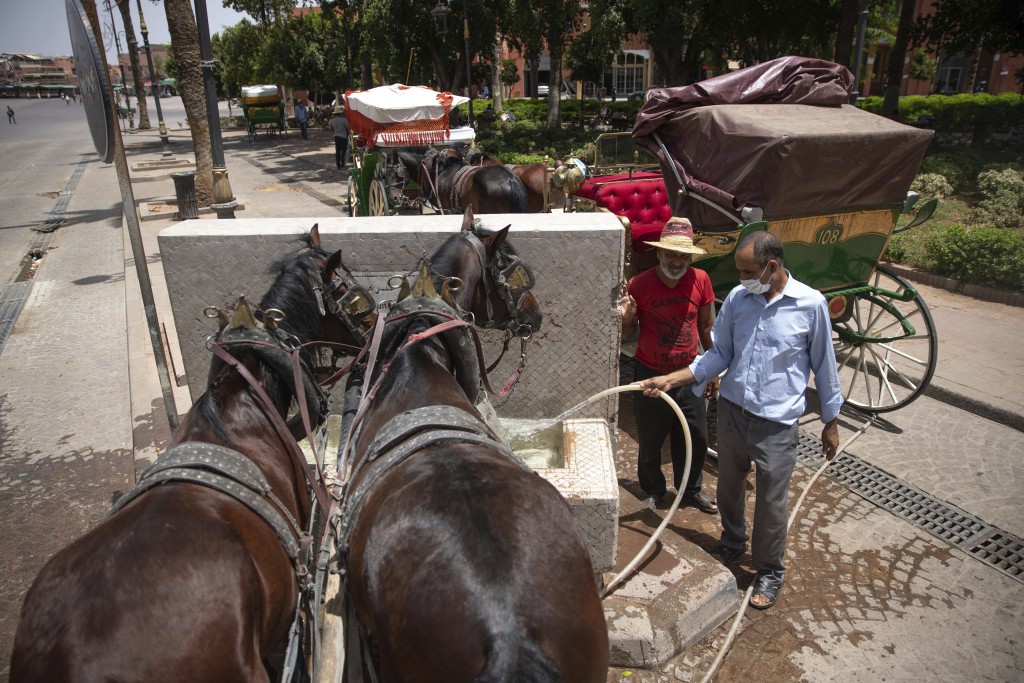 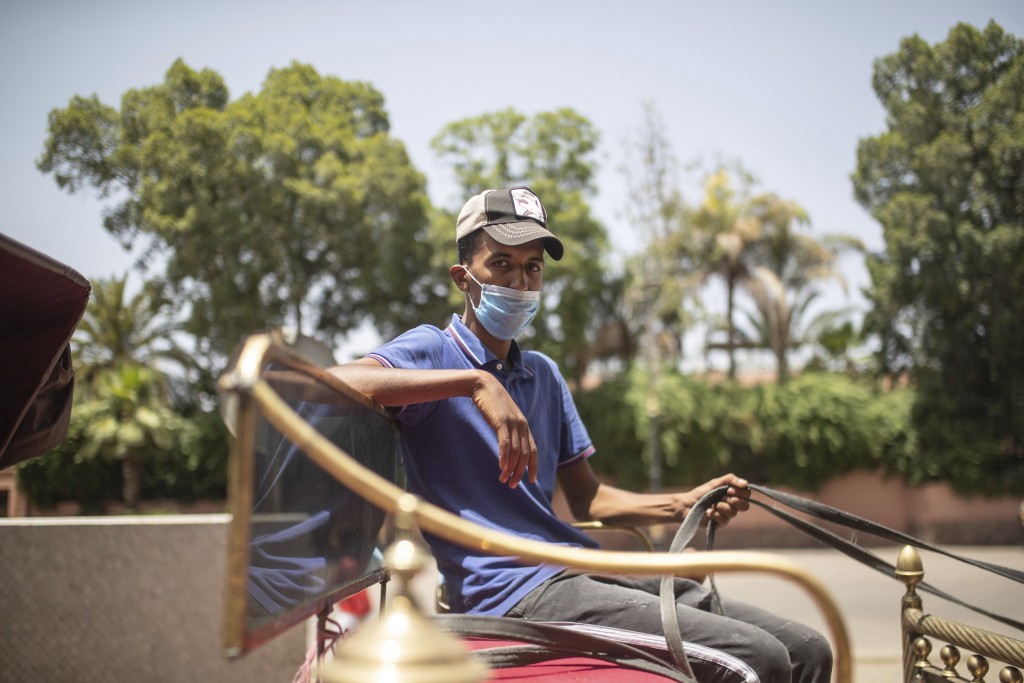 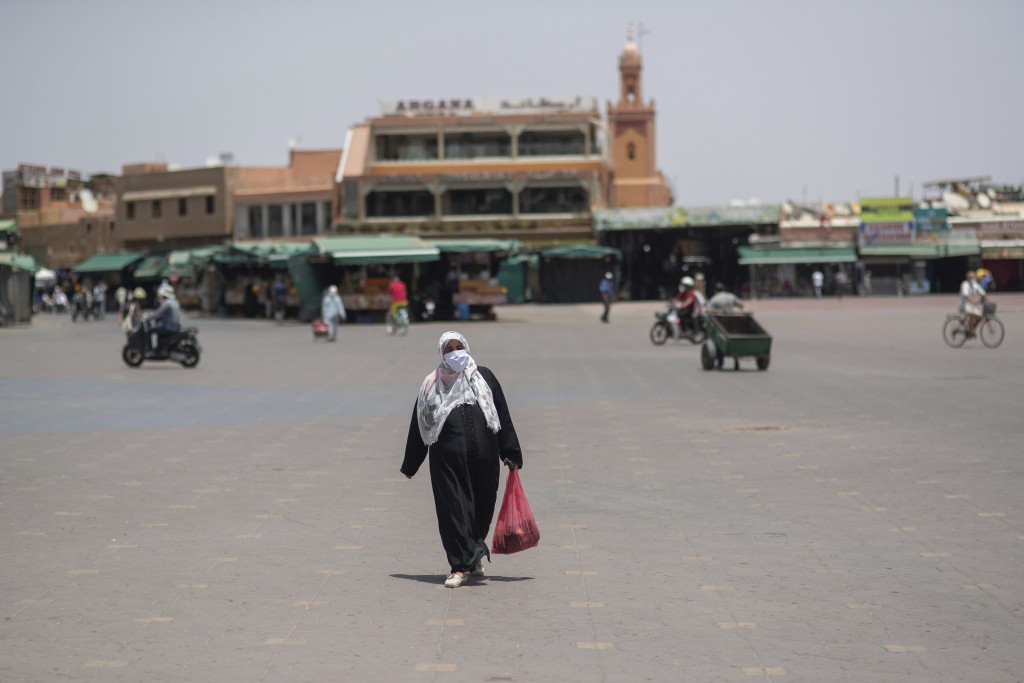 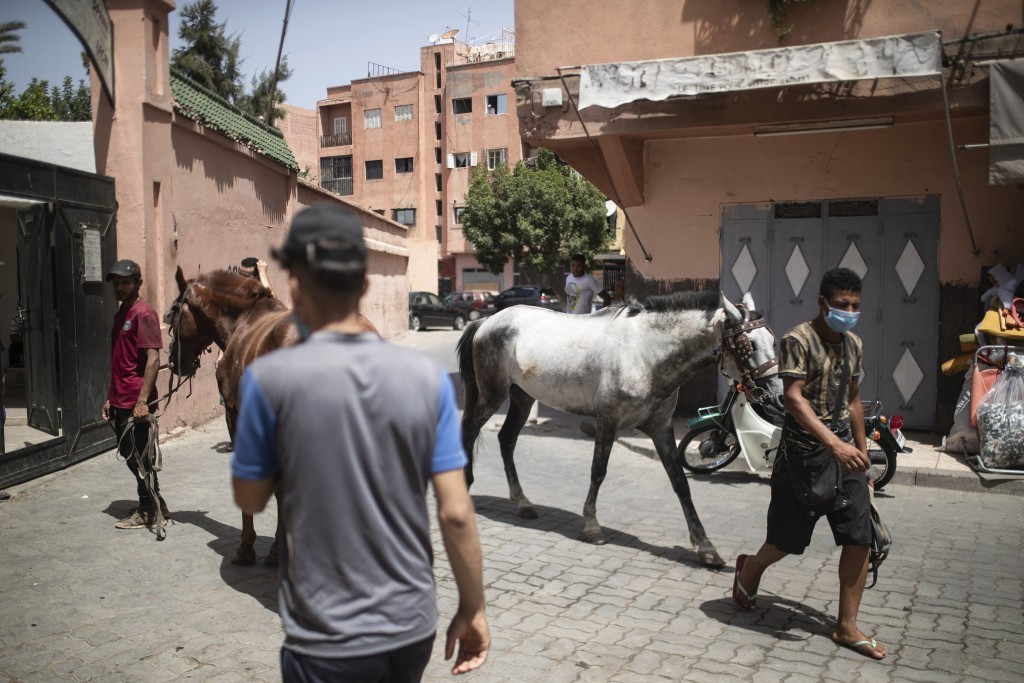 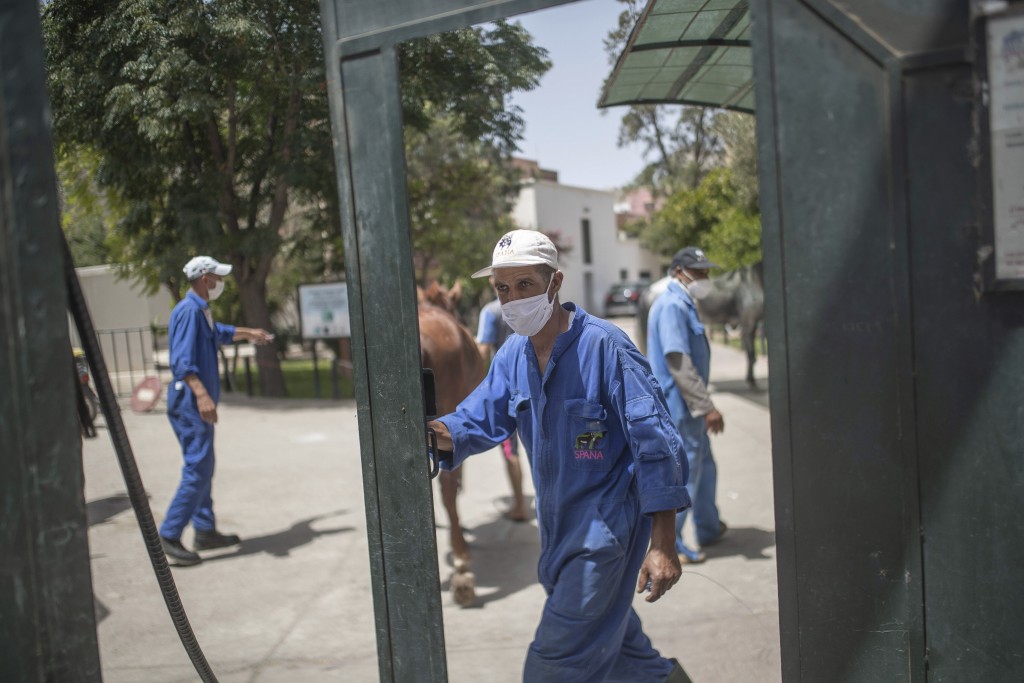 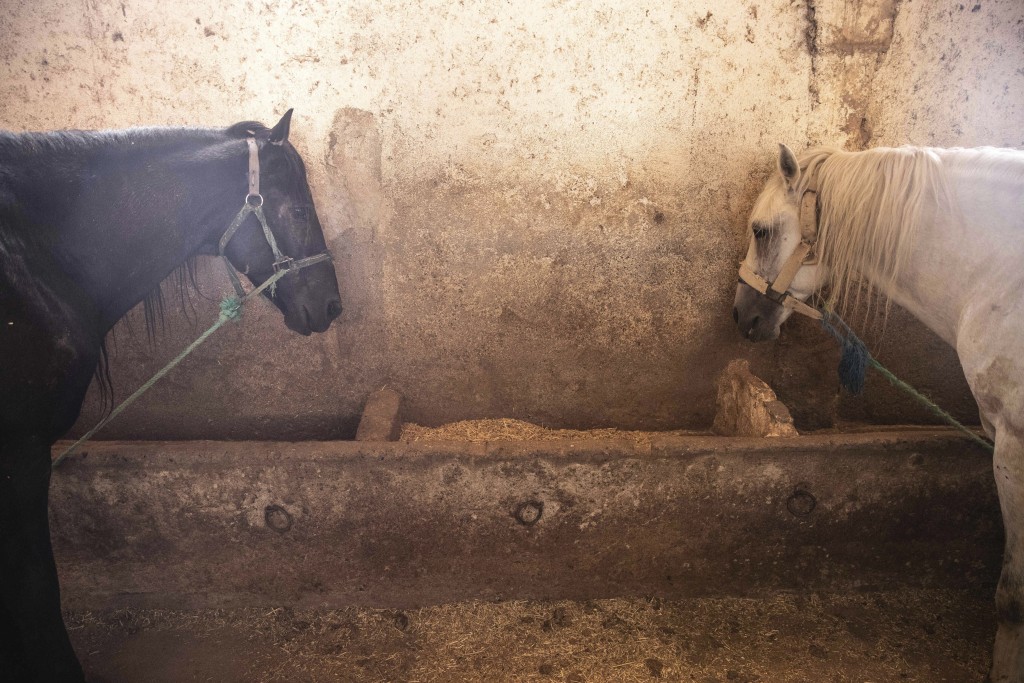 MARRAKECH, Morocco (AP) — Abdenabi Nouidi sold his favorite horse for $150 to help feed the others on the team that pulls tourists in carriages through the buzzing streets of Marrakech. The prospect of starvation looms for carriage horses and other animals normally used in Morocco’s tourist mecca. Visitors have vanished during the coronavirus pandemic.

The Society for the Protection of Animals Abroad, or SPANA, says hundreds of Morocco's carriage horses and donkeys are threatened amid the collapsing tourism industry. They are among the estimated 200 million horses, donkeys, camels and elephants worldwide providing various livelihoods for over a half-billion people.

The North African kingdom closed its doors to outsiders after the first virus case was confirmed March 2. It recently issued a ban on domestic travel to eight cities, including Marrakech.

Thousands of people depend on the carriage horses for their livelihood. A single horse carriage in Marrakech supports four to five families, including owners, drivers and stable boys, carriage driver Abdeljalil Belghaoute said.

He spoke from his carriage, waiting in a line near the famed Jamaa El Fnaa square, hoping that someone would want a ride.

‘If you have a shop, you can close it. If you sell goods, you store them. But imagine having ... horses who need to eat, drink and get medical care,” said Abdeljalil Nouidi.

For two decades, the four Nouidi brothers have taken tourists on sightseeing jaunts in horse-drawn carriages. Now they have empty pockets and mouths to feed, both at home and at the rundown complex outside Marrakech where drivers stable their horses.

The brothers were forced to sell seven of their horses in July. Abdenabi Nouidi's favorite, Cocotte, was among them.

“This is not something I can easily forgive myself for,” he said, recalling a promise he made to Cocotte 15 years ago to keep him forever.

The Nouidi brothers suspect that their horses, visibly nervous, know an abrupt change in their lives may be coming. With no carriage work, the horses’ routine has been disrupted, feed is running low and mates are leaving for good.

SPANA helped carriage owners provide the basics for their horses when the COVID-19 pandemic reached Morocco. It delivered three months' worth of feed to almost 600 horses in the city and the neighboring town of Aït Ourir during the country's lockdown.

“It became very clear to us when the lockdown was first imposed that many of Marrakech’s working animals would need our help or face a dire outcome,” said the head veterinarian at SPANA’s Marrakech center, Hassan Lamrini.

The center, in a working-class neighborhood, is a mecca for the city’s thousands of working animals. Since 1988, the team of vets and technicians have cared for donkeys, mules and horses free of charge.

Lamrini said the center has treated an increasing number of cases of colic, an abdominal pain that causes complications in the digestive system, often due to malnutrition. Colic can be fatal.

“There is not much in the world that matters to me more than caring for these animals. They are my entire life,” said Boujamaa Ninich, who has dedicated 50 years to working with SPANA. He spends weeks on end sleeping in a little room at the center to ensure the animals are cared for after dark.

“They give so much to their owners. There is so little that we can give back,’ he said.

Marrakech was nearly at a standstill on a recent visit. The Jamma El Fnaa square, a vast area with hawkers, food vendors and snake-dancers, was nearly deserted.

“Only tourism can save us from this catastrophe we’re facing,” said Belghaoute, the carriage driver hoping for a fare.

The Moroccan government earlier this year launched a social media campaign to encourage citizens to explore their country, but spiking numbers of COVID-19 cases led to the travel ban for eight of the country’s top tourist cities.

Authorities counted 28,500 infections and 435 deaths as of Thursday.

“The longer this goes on, horses and families will struggle to survive. We're really scared by how bad this can get,” Belghaoute said.