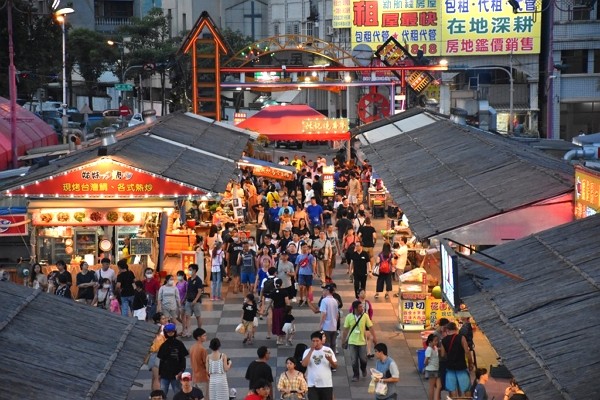 On Wednesday (Aug. 5), Health Minister Chen Shih-chung (陳時中) pointed out that a compulsory mask-wearing policy will be implemented at eight public settings, including night markets and shopping malls, in response to the country's recent uptick in coronavirus cases. He said the regulations will take effect immediately, though no fines will be issued to violators for now.

Despite the new regulations, the majority of the people visiting popular night markets Saturday did not put on a face mask, with those at Taipei's Shilin Night Market being the only exception. According to CNA, most visitors also failed to maintain a safe social distance of one meter.

Visitors interviewed by media complained that the mask-wearing policy is difficult to follow at night markets and places that serve food. Meanwhile, a few people even stressed that Taiwan's pandemic situation is not serious enough for mask-wearing to become compulsory in outdoor spaces.

According to CTWANT, the percentage of night market visitors wearing masks seems to be much lower in the south than in the north. More than 70 percent of the people, including vendors, at Tainan's Garden Night Market and Kaohsiung's Liuhe Night Market were seen unmasked Saturday, while less than 10 percent of the visitors at Kenting Night Market in Pingtung County had put on their masks.

Since the outbreak began, the CECC has emphasized the importance of mask-wearing and social distancing. With the recent resurgence of imported cases, several cities have enhanced their pandemic control measures, including Tainan, which announced last week that masks will be required in all indoor spaces.