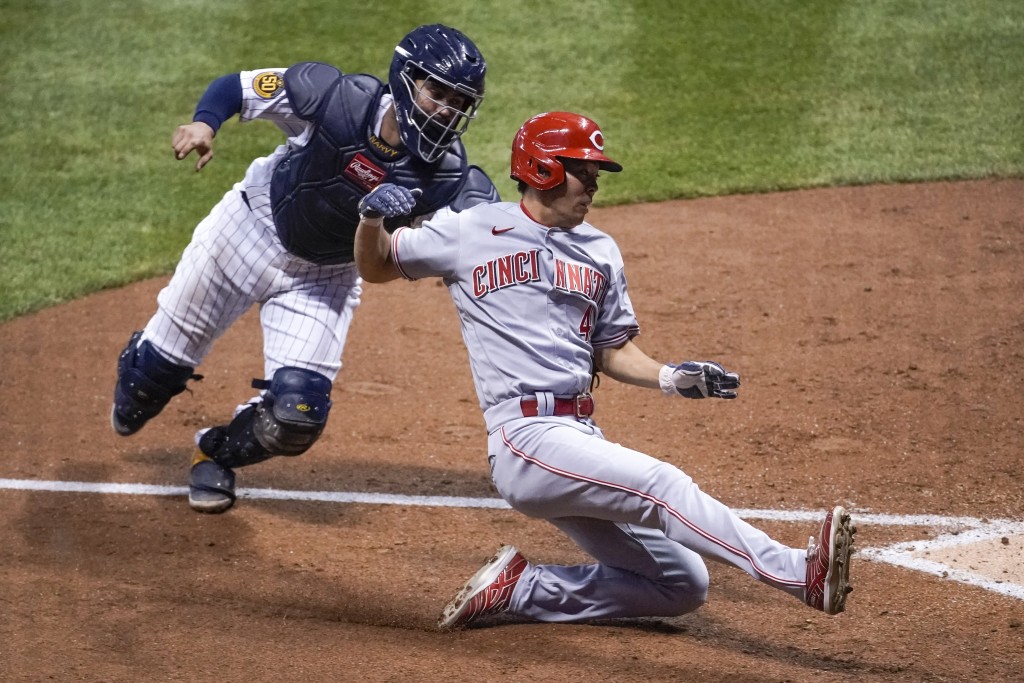 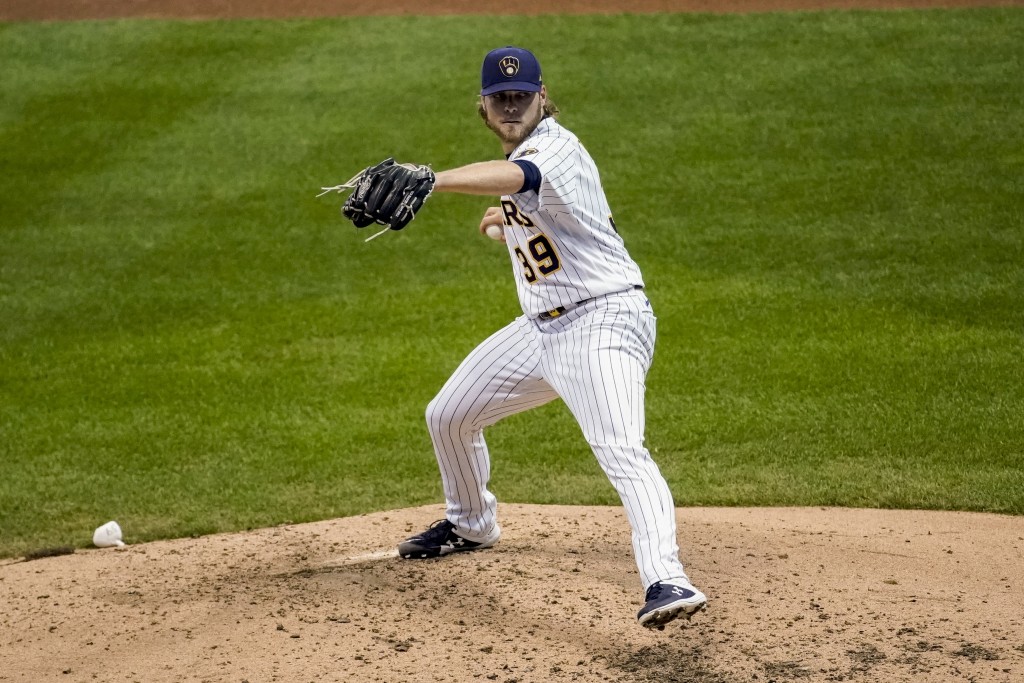 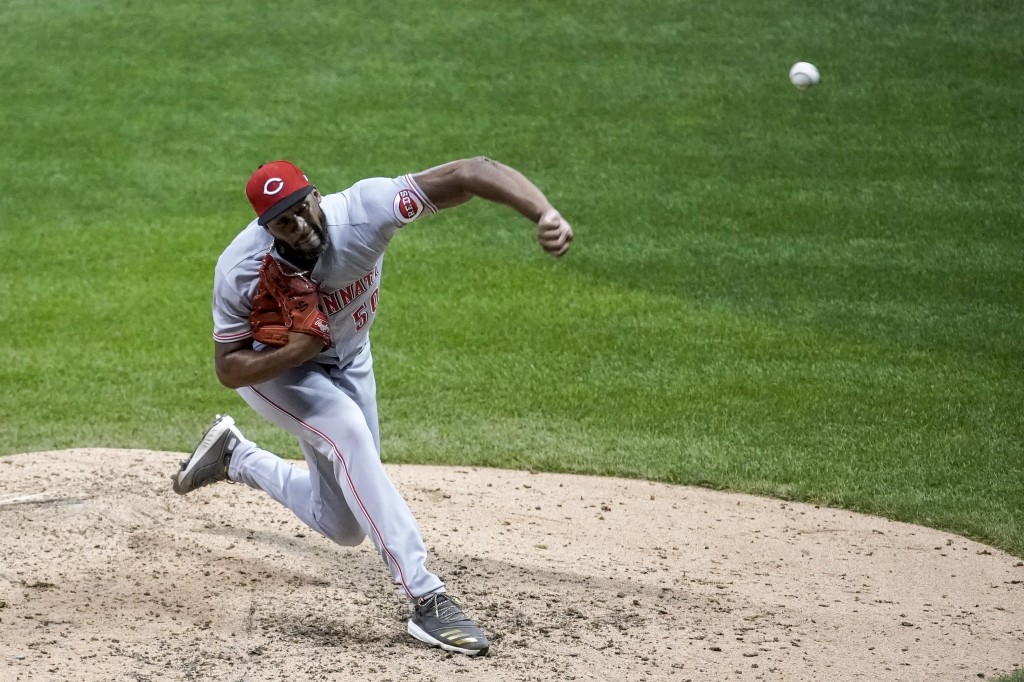 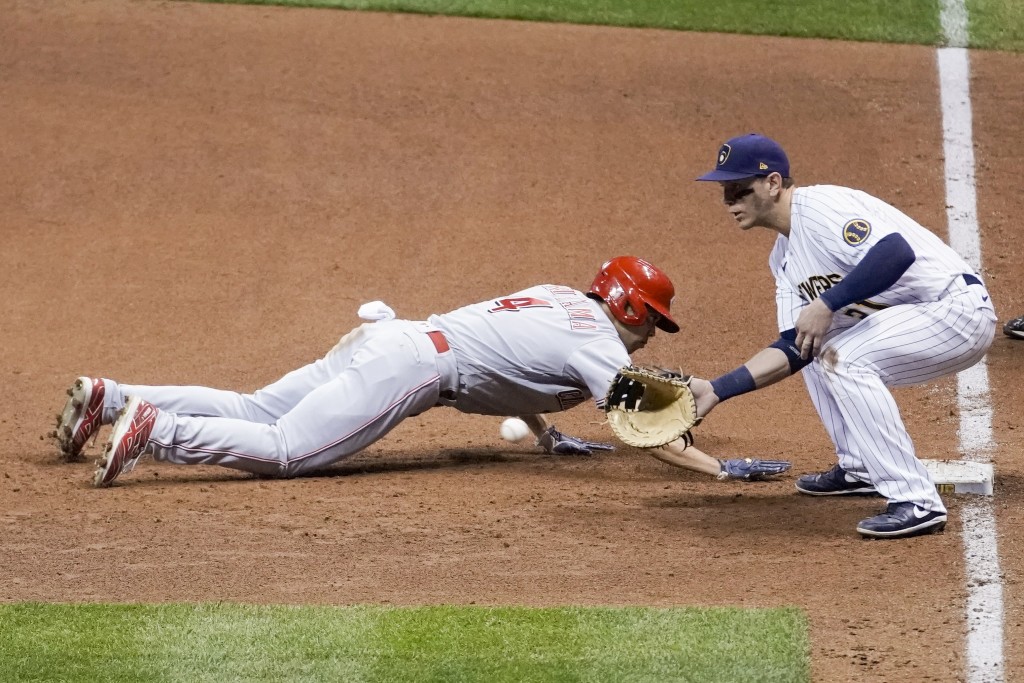 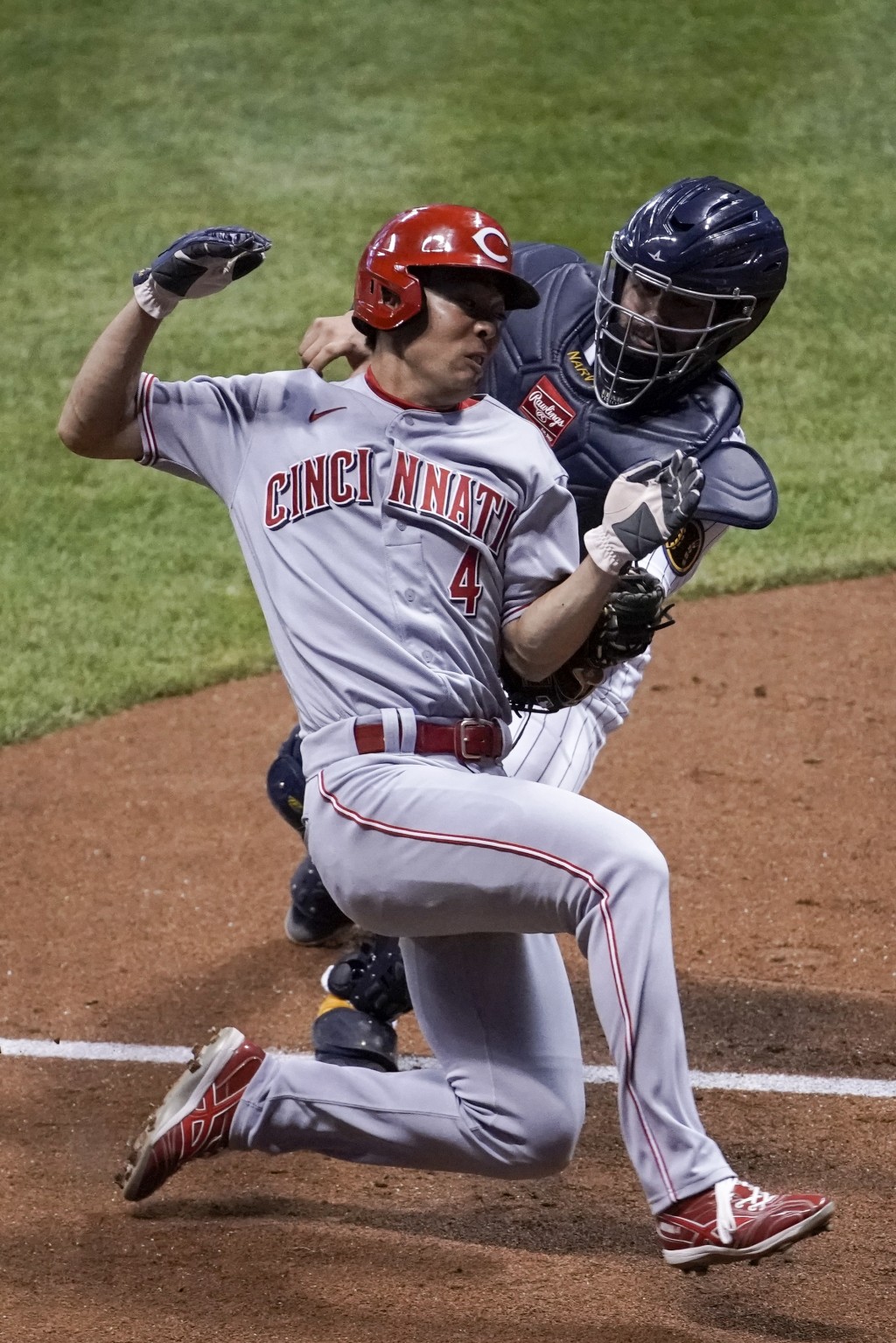 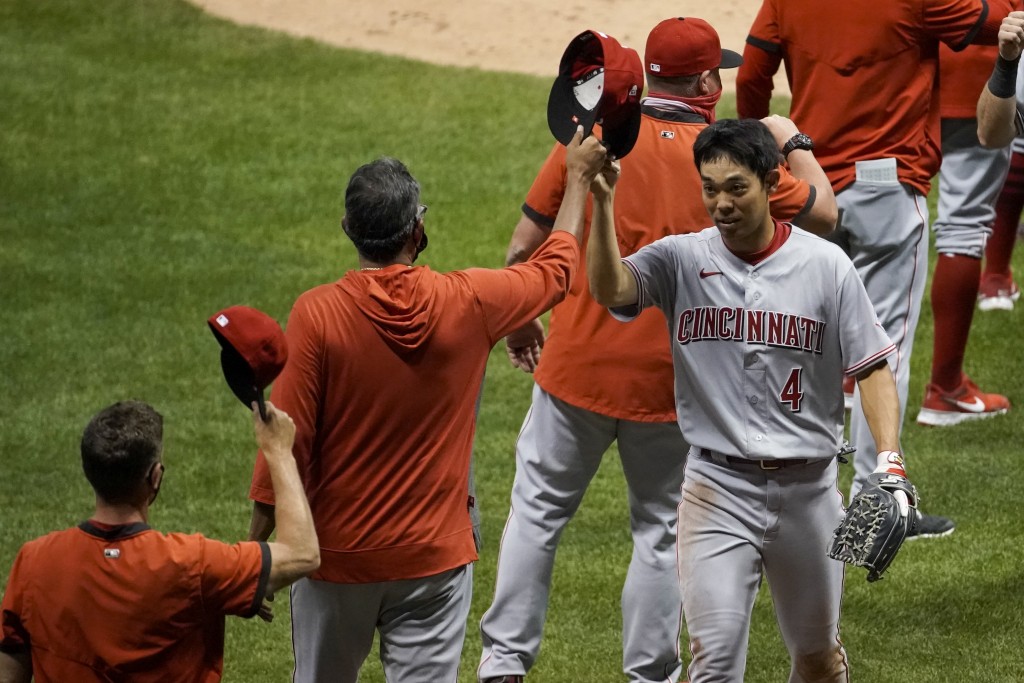 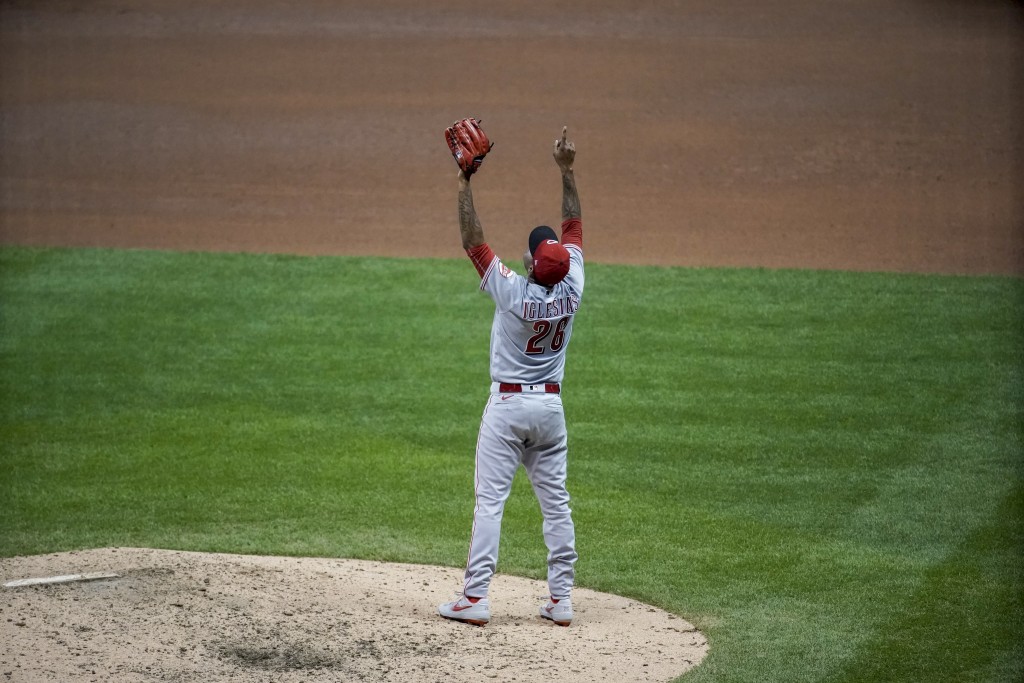 MILWAUKEE (AP) — Anthony DeSclafani allowed two singles over six scoreless innings and Eugenio Suarez hit a three-run homer to lift the Cincinnati Reds to a 4-1 victory over the Milwaukee Brewers on Saturday night.

Suarez put the Reds up 3-0 in the first with his second homer of the season. The Reds added a run in the seventh and Milwaukee countered with Brock Holt’s sacrifice fly in the eighth.

DeSclafani (1-0), making his second start after opening the season on the disabled list, allowed a leadoff single in the third to Holt, who was erased on a double play, and a two-out single to Eric Sogard in the sixth.

Raisel Iglesias pitched a perfect ninth for his second save of the season and 100th career save.

The Reds capitalized on shoddy defense for three runs in the first off Trevor Anderson (0-1). Phillip Ervin singled on a soft roller that third baseman Holt couldn’t come up with. Ervin moved to third when Joey Votto reached on a one-out error by second baseman Keston Hiura. Suarez then launched a 1-0 pitch 427 feet to left.

The Reds made it 4-0 in the seventh when Kyle Farmer walked to open and Shogo Akiyama followed with a pinch triple into the right-field corner. After Castellanos struck out, Akiyama tried to score on Votto’s shallow fly out, but was thrown out at home by centerfielder Avisail Garcia.

Milwaukee scored in the eighth off Michael Lorenzen when Ben Gamel doubled, Omar Narvaez singled and Holt lofted a sacrifice fly to center.

Reds: RHP Pedro Strop, who left Friday’s game with right groin tightness while facing his second batter in relief, is expected to be sidelined for a while. “No decision has been made for IL, but I would say his is more of an extended period of time that he’ll be out,” manager David Bell said Saturday. CF Nick Senzel, who left Friday’s game in the fourth inning with left groin tightness, is expected back sooner. “I’m hoping to have in some capacity in the next day or two, but more likely he would be back Tuesday in the starting lineup.”

Brewers: OF/1B Ryan Braun, who was scheduled to hit again in the cage Saturday, will not be activated Sunday when he is eligible to come off the disabled list (infected right index finger). “At some point, we’re going to need to get him game at-bats. I think he’s missed enough time here, combined with the end of summer camp and things like that, that he just hasn’t gotten any at-bats against pitching,” manager Craig Counsell said.

The Reds on Saturday recalled RHP Joel Kuhnel from the alternate training site and optioned to the alternate site RHP José De León. De León was assigned to the taxi squad and remains with the team in Milwaukee.

RHP Alec Bettinger was added to the 60-man Player Pool roster Saturday and transferred to the alternate training site.

Reds: RHP Sonny Gray (3-0, 0.96 ERA) is making his fourth start of the season. Has limited opponents to .129 batting average in first three outings. In 36 consecutive starts, Gray has not allowed more than six hits.