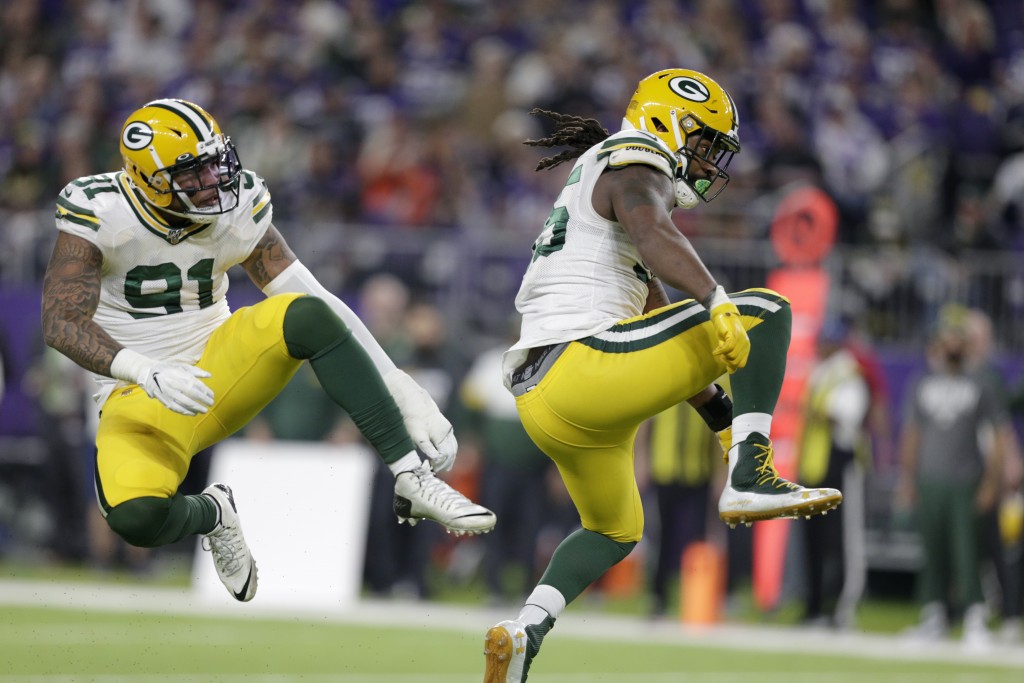 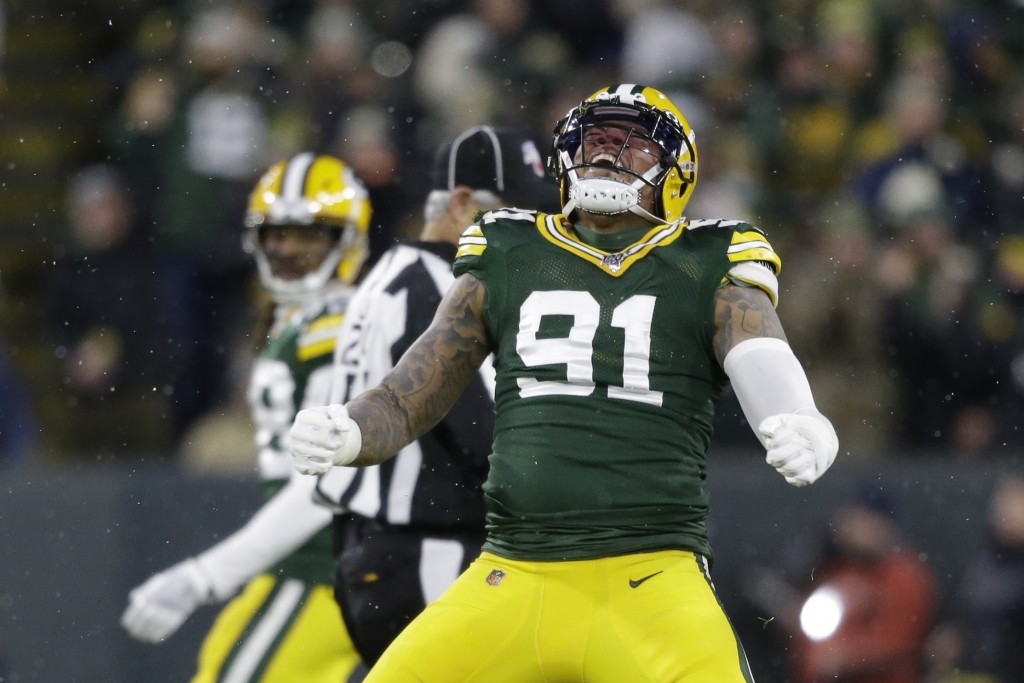 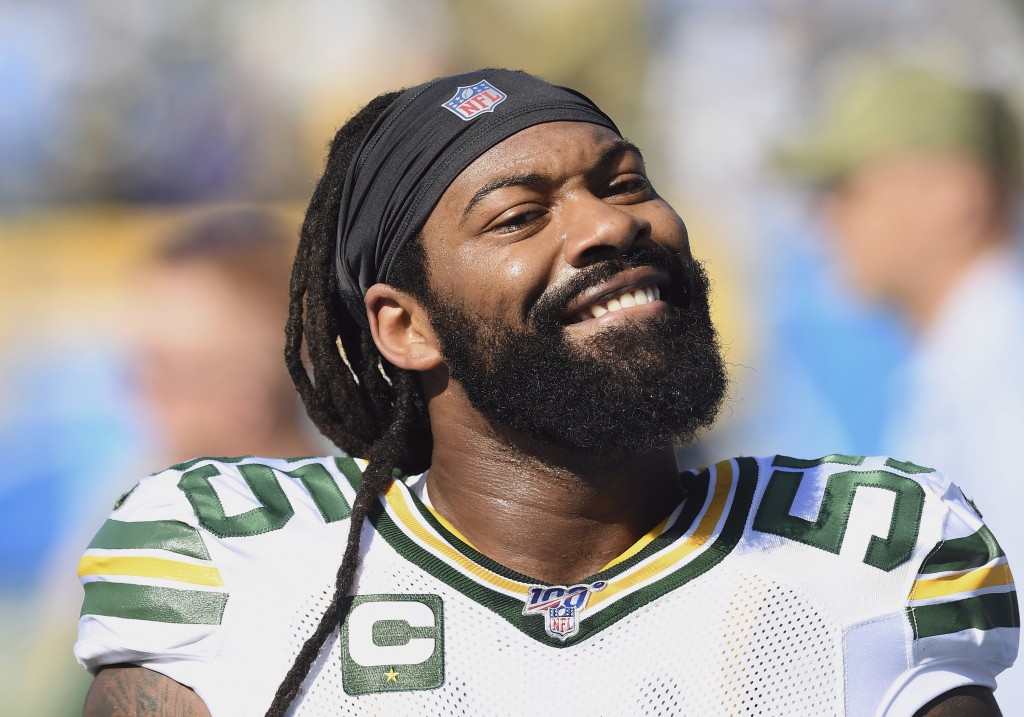 Social distancing protocols will prevent Green Bay Packers outside linebackers Preston Smith and Za’Darius Smith from having the side-by-side joint locker-room interviews that followed so many of their games last season.

They’ll have to continue getting together while surrounding the opposing quarterback a few times each Sunday instead.

The Smiths, who aren’t related, combined for 25½ sacks last year in their debut seasons for Green Bay. Now that they’ve had a year of experience as teammates, the Smiths are eager to build on a season that ended with the Packers one game shy of the Super Bowl.

The Packers signed former Za’Darius Smith away from the Baltimore Ravens and lured Preston Smith from Washington in March 2019 while searching for a spark after successive losing seasons. Both players responded by delivering career highs in sacks and tackles.

Za’Darius Smith, a 2015 fourth-round pick from Kentucky, had 13½ sacks and 78 tackles last year. Preston Smith, a 2015 second-round selection from Mississippi State, had 12 sacks and 75 stops.

“When he makes a big play, I want to go make a big play,” Za’Darius Smith said. “I think that’s the No. 1 thing that kept us going as a duo was basically outdo each other.”

The Packers were the only NFL team to have two players get 12-plus sacks in the 2019 regular season. Since the NFL started officially recognizing the sack statistic in 1982, the Smiths were the Packers' first duo to have at least 12 apiece in the same regular season, though Reggie White had 13 and Bryce Paup had 11 in 1993.

In a 23-10 victory at Minnesota that clinched the NFC North title, Za’Darius Smith became the first Packer since Clay Matthews in 2012 to post 3 ½ sacks in a game. Each of the Smiths made two sacks in a 28-23 NFC divisional playoff victory over Seattle.

Yet they still have room to improve.

While their pass-rushing skills are apparent, the Smiths understand they must help Green Bay’s run defense get better. The Packers’ Super Bowl hopes disintegrated last season when they allowed 285 yards rushing in a 37-20 NFC championship game loss at San Francisco.

They’d also like to produce more turnovers. Each of the Smiths forced only one fumble last season.

“This year we’re going to do a whole lot better in big-time games in stopping the run and getting off the field and helping put our offense in better positions to score, and get them turnovers and get great stops to put us in great position as a team,” Preston Smith said.

They’d like to become more complete players while maintaining the pass-rushing prowess that made them such a dynamic duo last season.

The Smiths’ different styles have produced a winning combination.

Za’Darius has the bigger personality with his talkative nature and wide variety of sack celebrations. Preston showcased his own dry sense of humor Friday when the guy who spent his first four NFL seasons in Washington discussed how different it would feel this year with no fans permitted for at least the Packers’ first two home games.

“It’s going to be kind of different getting used to not playing with our fans,” he said, “but my first four years in the league, there weren’t that many fans in the stadium anyway, so it might be kind of normal now again.”

The Smiths’ chemistry was evident during their numerous joint interviews last season. Because their lockers were next to each other, the Smiths decided early last season to start talking to media members at the same time while standing side by side.

For now, they’ll have to settle for playing together and talking separately. They held a Zoom session directly after the other one Friday, and Za’Darius said he was tempted to insert himself into Preston’s conversation with reporters just for old time’s sake.

“Hopefully one day, we’ll be able to get back to doing that, because we had our chemistry and we had a good thing going with that, with the Smith Bros,” Za’Darius Smith said.