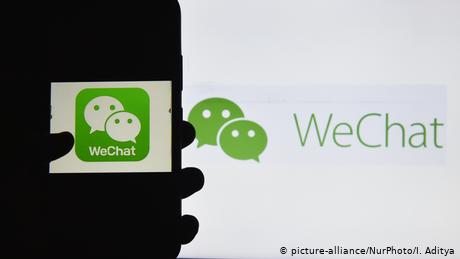 Trump's move, to be introduced in 45 days, bars anyone under US jurisdiction from doing business with the owners of TikTok or WeChat.

Trump's orders, one for each app, deem the use of TikTok and WeChat a threat to US "national security, foreign policy, and economy."

Trump said that the TikTok app could be used for disinformation campaigns, benefiting the ruling party in China. The president added that data collection by WeChat would "allow the Chinese Communist Party access to Americans' personal and proprietary information."

However, spokesman Wang said: "The US is using national security as an excuse and using state power to oppress non-American businesses. That's just a hegemonic practice. China is firmly opposed to that," he said.

Wang added that Trump's act has come "at the expense of the rights and interests of US users and companies. The US is carrying out arbitrary political manipulation and suppression."

The US ban also extends to Chinese company Tencent, which owns WeChat. The order was issued under the International Emergency Economic Powers Act, that can bar US citizens from dealing with sanctioned parties.

It comes as the world's two biggest economies collide over a host of issues — from the coronavirus pandemic to democratic rights in Hong Kong; from increased tariffs to raising tensions in dealings with Chinese telecoms giant Huawei.