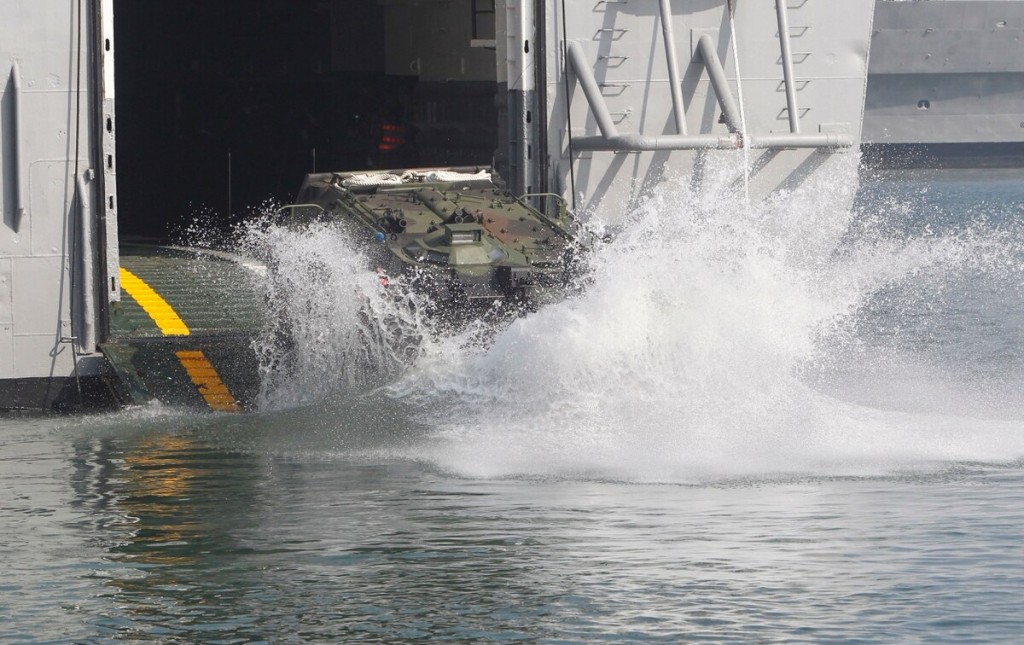 TAIPEI (Taiwan News) — The military is reviewing its AAV7 Amphibious Assault Vehicles after nine crew members of a similar armored troop carrier died in an accident off southern California on July 30.

As a result, Taiwan’s Marines were ordered to halt all maritime use of the vehicle for two weeks during ongoing tests and inspections, UDN reported. While Taiwan’s 54 AAV-7A1 vehicles are also used for disaster relief during floods and typhoons, the current review would not affect that type of operation, according to the military.

The AAV7 carriers are stationed in various locations around the island, including Linkou in New Taipei City, Linyuan in Kaohsiung City, and Suao in Yilan County. They would be the first vehicles to be inspected during the current review to make sure they were available during inclement weather, officials said.