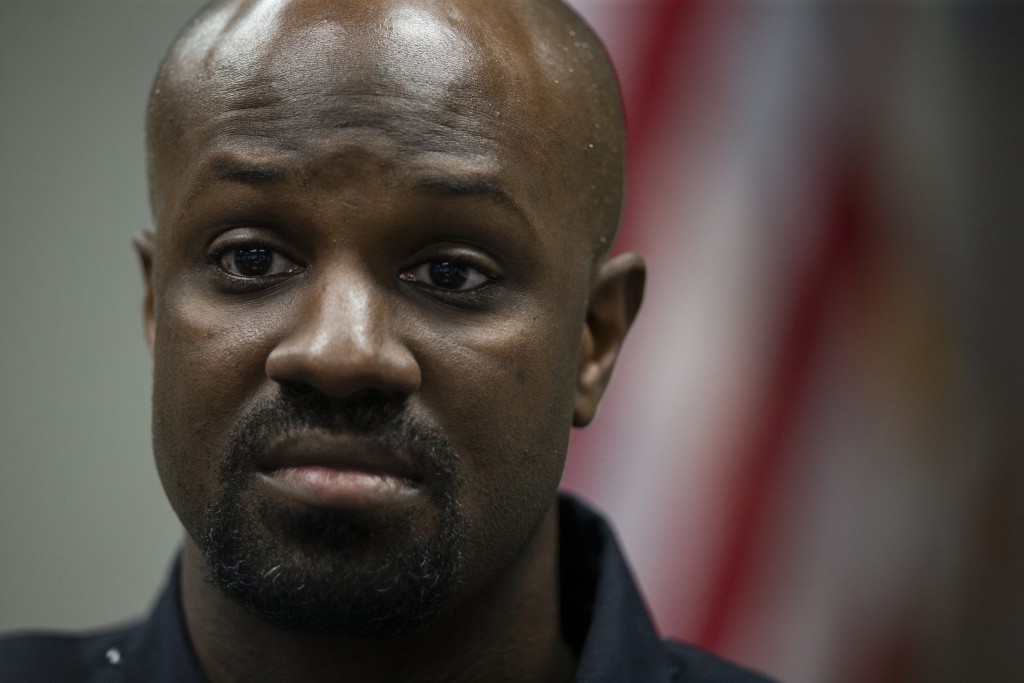 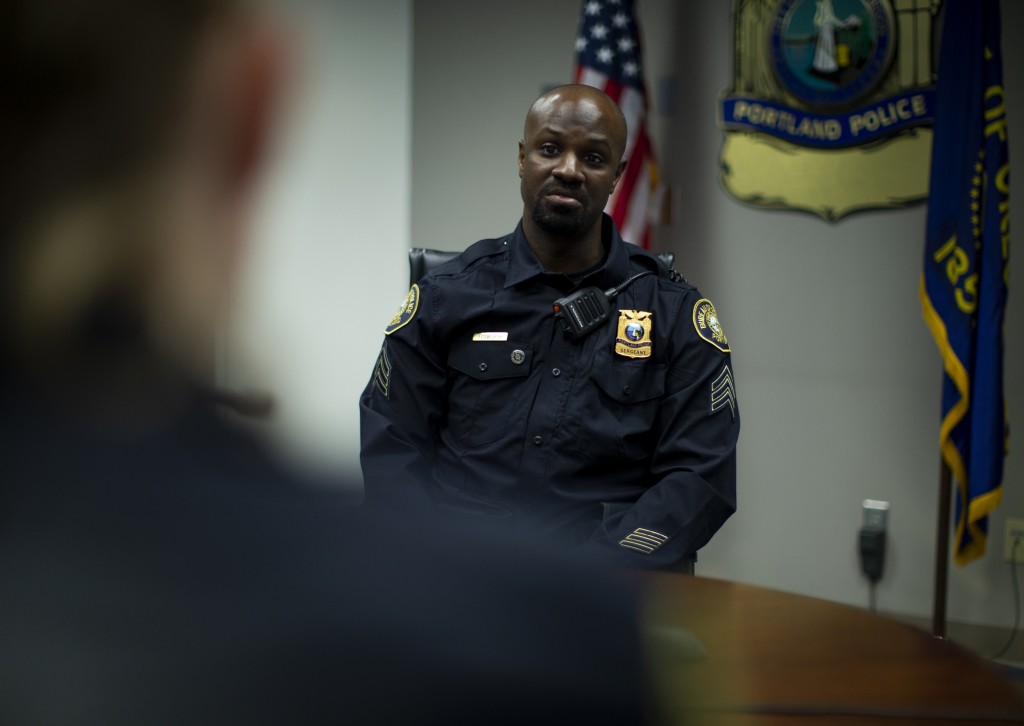 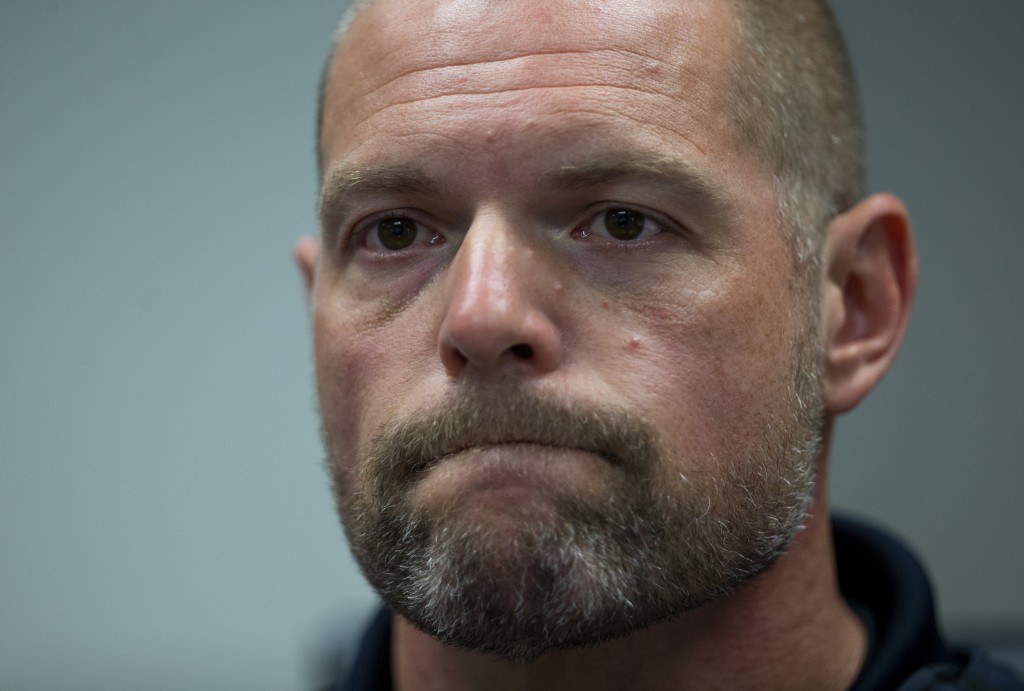 PORTLAND, Ore. (AP) — Violent clashes this week between protesters and police in Portland, Oregon, have ratcheted up tensions in the city days after an agreement between state and federal officials appeared to bring calm.

More demonstrations were rallying Thursday night, hours after the city's mayor decried the unrest that has roiled Portland since George Floyd was killed.

“You are not demonstrating, you are attempting to commit murder,” Mayor Ted Wheeler said Thursday in a hastily called news conference alongside Portland Police Chief Chuck Lovell. Wheeler also warned that the city anticipated more “attacks on public buildings” in the immediate future.

Thursday night, Portland police declared an unlawful assembly outside a precinct and protesters were ordered to leave. They had said earlier that they believed the intent of the crowd was to vandalize and burn the precinct.

Officers worked to clear streets near the precinct of demonstrators, at times running at the crowd to push people away. Smoke canisters were also deployed, local reporters said. Portland police said some demonstrators in the group laid ties made of rebar in the street that caused damage to police vehicles.

“Don’t think for a moment that if you are participating in this activity, you are not being a prop for the reelection campaign of Donald Trump — because you absolutely are,” the mayor had said. “If you don’t want to be part of that, then don’t show up.”

The Pacific Northwest Youth Liberation Front, which advertised the Wednesday rally on social media, used Twitter to announce “Round 2” of the same demonstration on Thursday night with the slogan “No cops. No prisons. Total abolition.”

The group, which described itself as a “decentralized network of autonomous youth collectives dedicated to direct action towards total liberation,” did not immediately reply to a request for comment.

The clashes between thousands of protesters and U.S. agents sent by the Trump administration to guard the Mark O. Hatfield Federal Courthouse stopped after an agreement between Democratic Gov. Kate Brown and the U.S. Department of Homeland Security that called for the agents to begin drawing down their presence in Portland’s downtown on July 30.

But after a brief weekend reprieve, protest activity has continued nightly in other parts of the city, with Portland police, local sheriff’s deputies and, in some cases, Oregon State Police troopers on the frontlines as demonstrators demand an end to police funding.

Wednesday night’s activity was in a residential neighborhood 6 miles (over 9 kilometers) away from the federal courthouse.

Protesters on Wednesday gathered outside a police precinct and shined lasers in officers’ eyes, disabled exterior security cameras, broke windows and used boards pulled from the building to barricade the doors and start a fire, authorities said. There were 20 sworn officers inside, as well as civilian employees, said Capt. Tony Passadore, who was the incident commander.

“I don’t want people to get confused to think that this was something related to Black Lives Matter,” Passadore said of the precinct rally. “I’ve been the incident commander for 24 nights of the 70-plus events, and I’ve seen amazing protesting going on in the city of Portland where people gather together.”

It was at least the third time since protests broke out in the city in late May that smaller crowds have targeted police precincts with barricades and fire. A precinct in North Portland, a historically Black neighborhood, the downtown police headquarters and the police union headquarters have also all been focal points for demonstrators who are calling for the defunding of the Portland police.

Protests have gone on unabated in Portland since May 25 following the death of Floyd, a Black man who died after a white Minneapolis police officer pinned him by the neck for nearly eight minutes. Floyd’s death prompted national outrage and a reckoning in cities around the U.S. with systemic racism.

In Portland, the civil disobedience prompted Trump to send federal agents from U.S. Customs and Border Protection, U.S. Marshals Service and U.S. Immigration and Customs Enforcement to guard the federal courthouse, which was increasingly targeted in demonstrations that often turned violent.

It was a move intended to quell the unrest but the presence of federal agents instead reinvigorated demonstrators and created a focal point for the protests each night amid concerns that Trump was overstepping the limits of federal police powers.