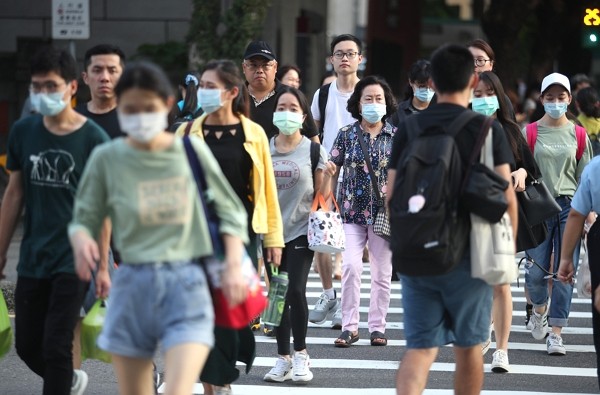 TAIPEI (Taiwan News) — Close to 90 percent of Taiwanese do not support the "one country, two systems" framework proposed by China, according to a recent survey conducted by Taiwan's Mainland Affairs Council (MAC).

The survey results, which were released by the cabinet-level administrative agency during a press conference Thursday (Aug. 6), showed that 89 percent of respondents oppose Beijing's desire to rule Taiwan as a Chinese territory with an independent legal system and police force. Meanwhile, 81 percent indicated skepticism about the Hong Kong national security law, which is widely considered as an about-face on its promise of democracy and autonomy in the region.

Regarding deteriorating cross-strait relations, 91 percent of respondents said they oppose a Chinese military invasion, and 92 percent are upset by China's efforts to isolate Taiwan diplomatically. More than 82 percent support strengthening Taiwan's military to protect its sovereignty and democracy, while 84 percent believe that interactions between the two countries should not degrade Taiwan in any way.

When asked about the future of Taiwan-China relations, 86 percent of Taiwanese are in favor of maintaining the status quo, 6 percent want immediate independence, and 7 percent did not express a preference.

As for their perception of China, 75 percent said they view Beijing as hostile, while 61 percent described China's approach toward Taiwan as "unfriendly." Approximately 90 percent of those surveyed also said Taiwan's future should be decided solely by its population of 23.7 million.

MAC Deputy Minister Chiu Chui-cheng (邱垂正) that emphasized Beijing's reluctance to give up its dream of invading Taiwan has inhibited cross-strait peace, as indicated by the poll results. He urged the Chinese government to conduct relations with Taiwan on the basis of "peace, parity, democracy, and dialogue," which he said are key to stability, reported Liberty Times.

The survey was conducted between July 29 and Aug. 3 through phone interviews. A total of 1,071 valid responses were gathered, and the poll has a 95 percent confidence rating with a 3 percent margin of error.