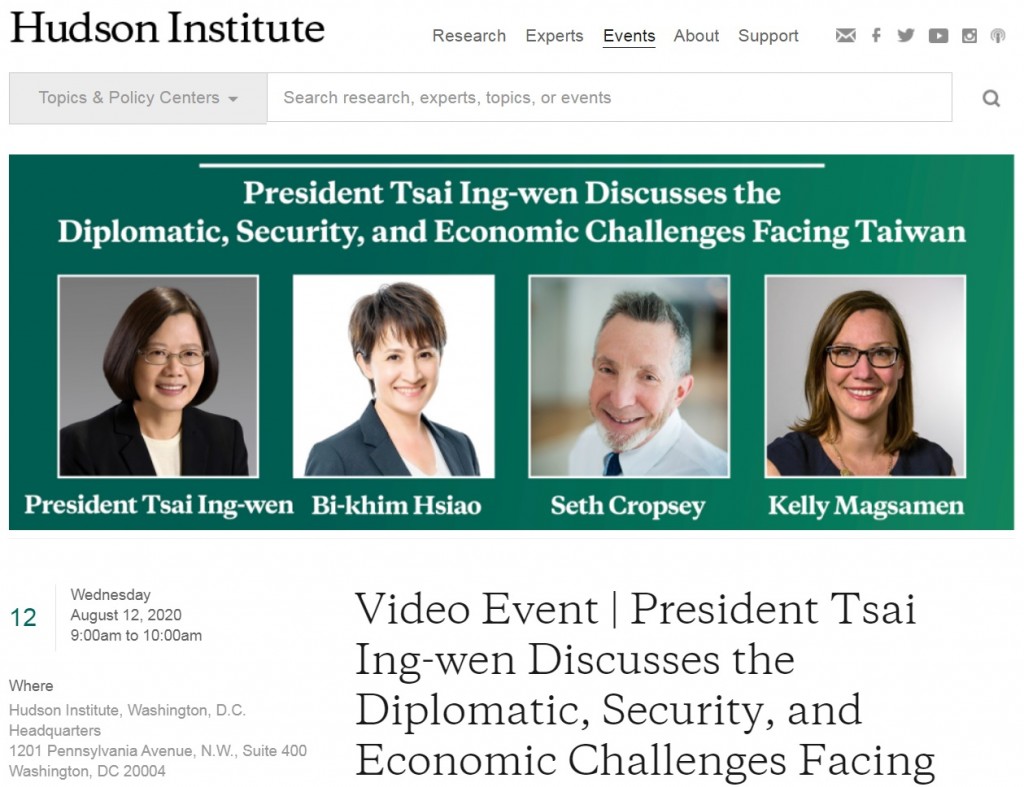 As hosts of the event, the Hudson Institute and Center for American Progress are generally considered polar opposites on the political spectrum. The former is considered more conservative and the latter more liberal.

Tsai will speak about the security, diplomatic, and economic challenges that Taiwan faces, particularly when the world is combating the coronavirus (COVID-19) pandemic that has claimed 700,000 lives, according to the Washington-based Hudson Institute. The island nation is also facing increasing aggression from the Chinese Communist Party (CCP), which has cut official contact with Taiwanese authorities since Tsai first took power in 2016.

Following Tsai’s remarks, discussions will be focused on the current U.S. policy and assistance toward Taiwan. Taiwan’s Representative to the U.S. Hsiao Bi-khim (蕭美琴) will join the discussion, along with Hudson Senior Fellow Seth Cropsey and Kelly Magsamen, a vice president handling national security and international policy at the Center for American Progress.

It will be Hsiao’s first public think tank appearance after she assumed the role in July, according to Taiwan’s representative office in the U.S.