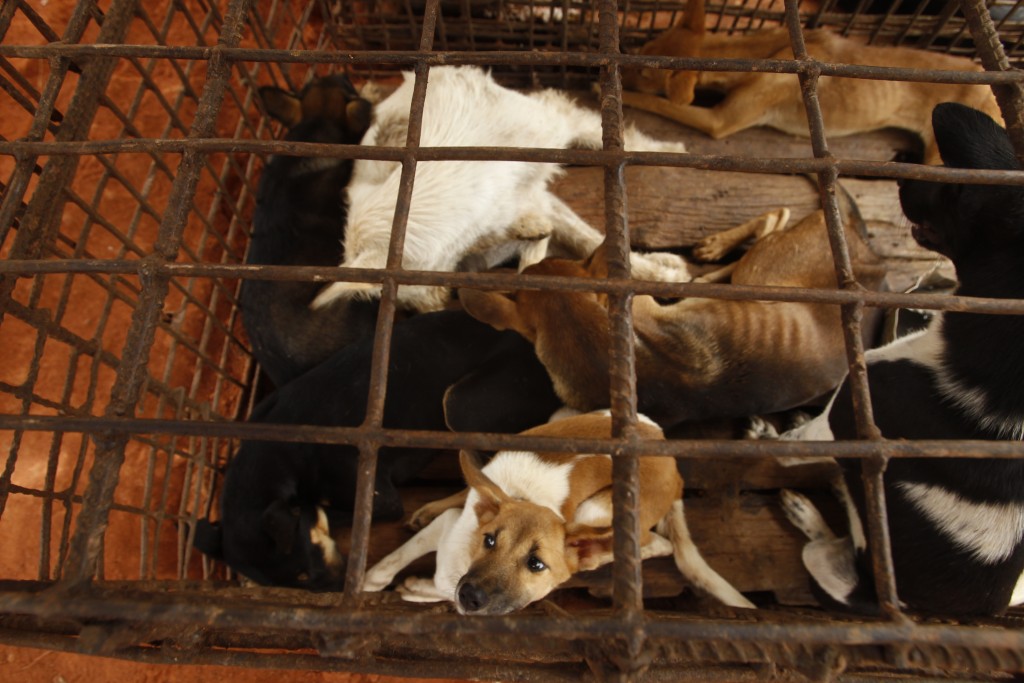 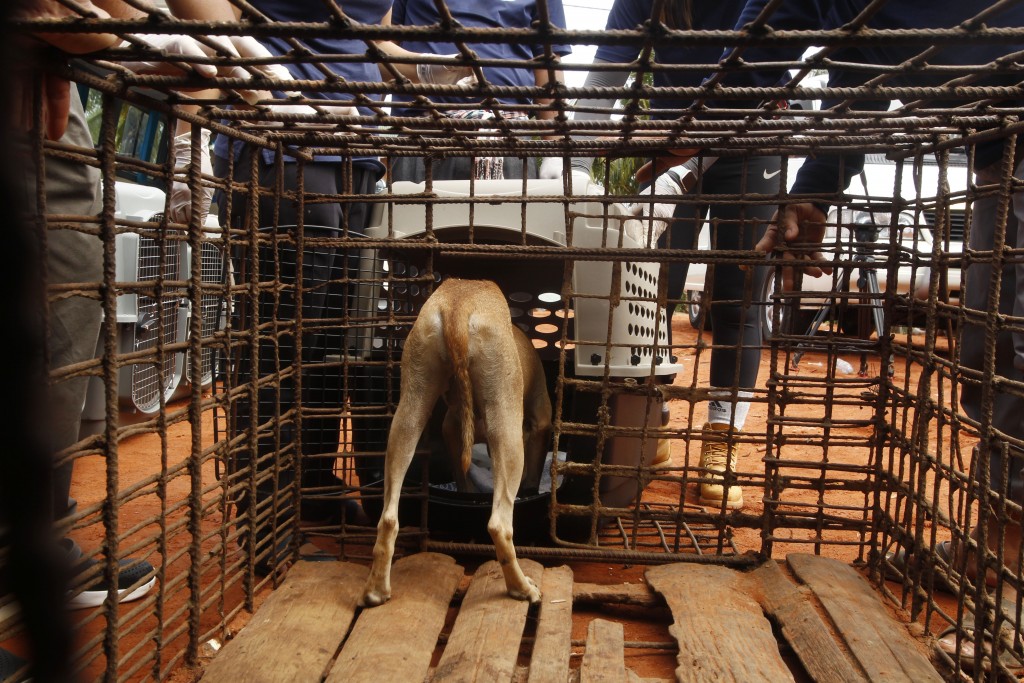 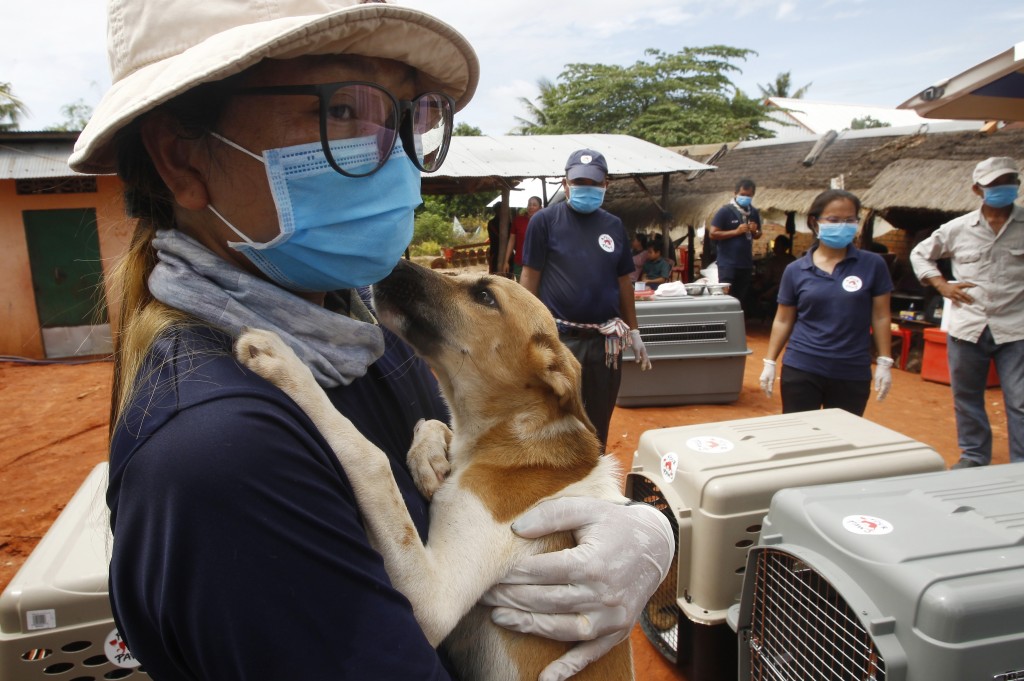 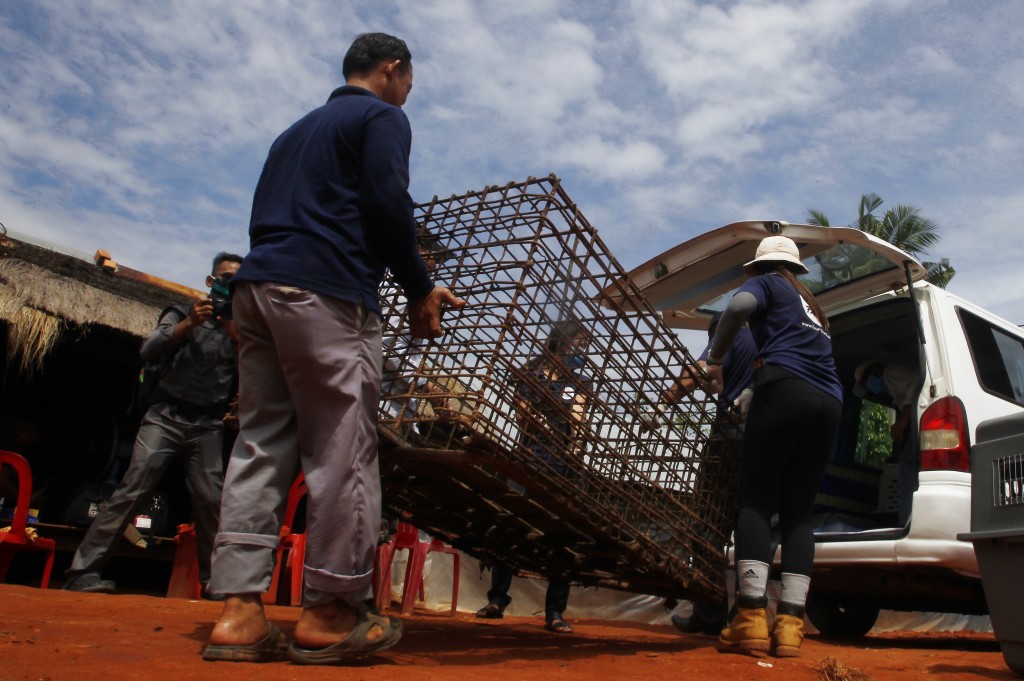 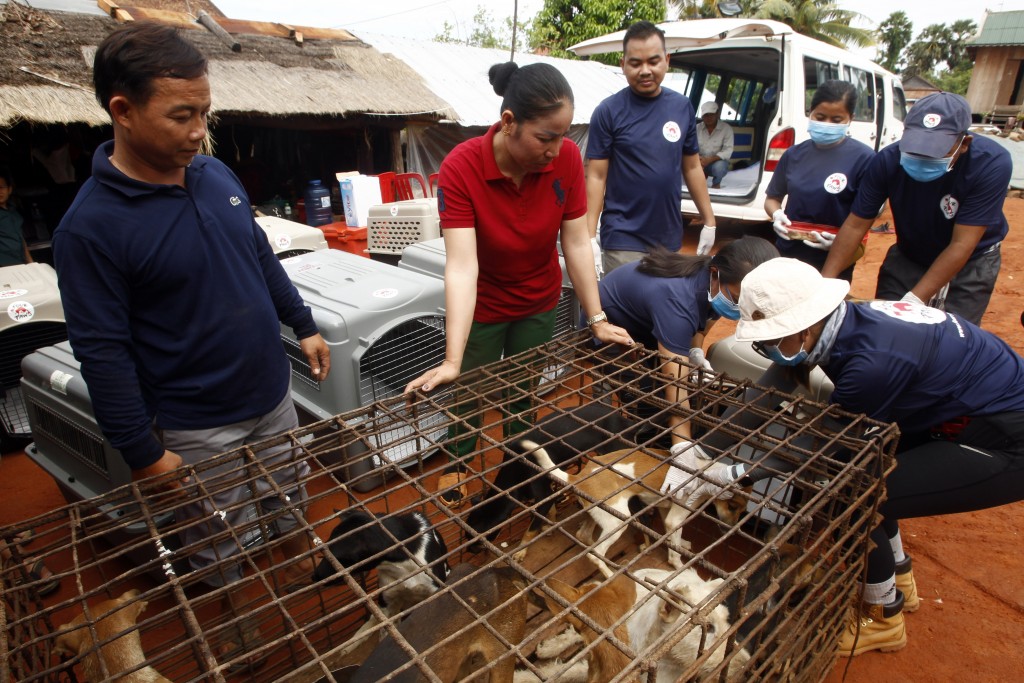 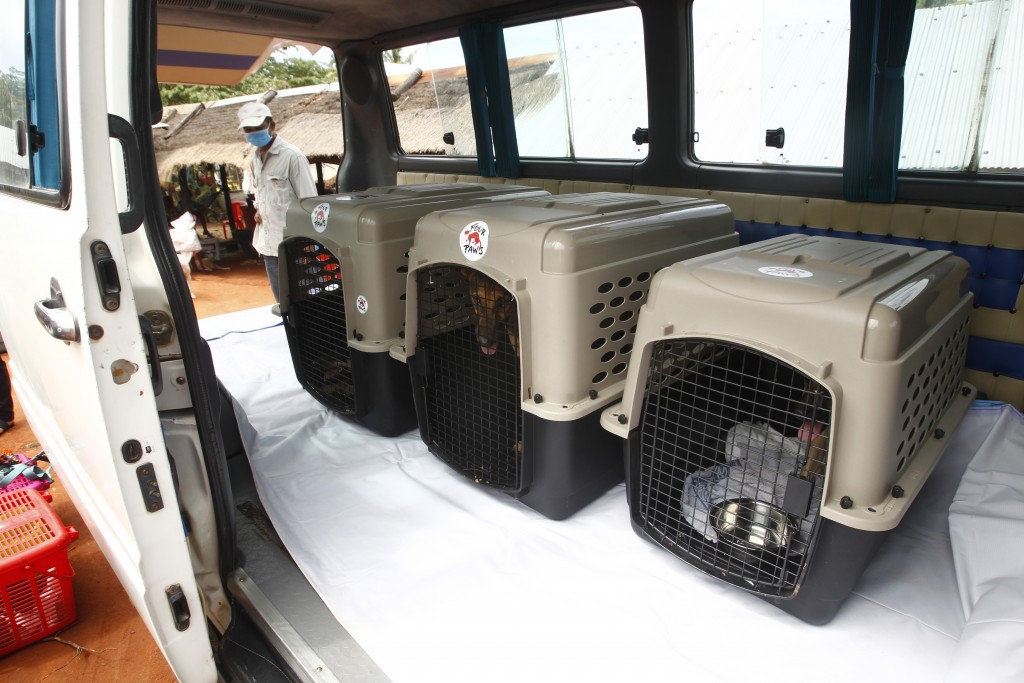 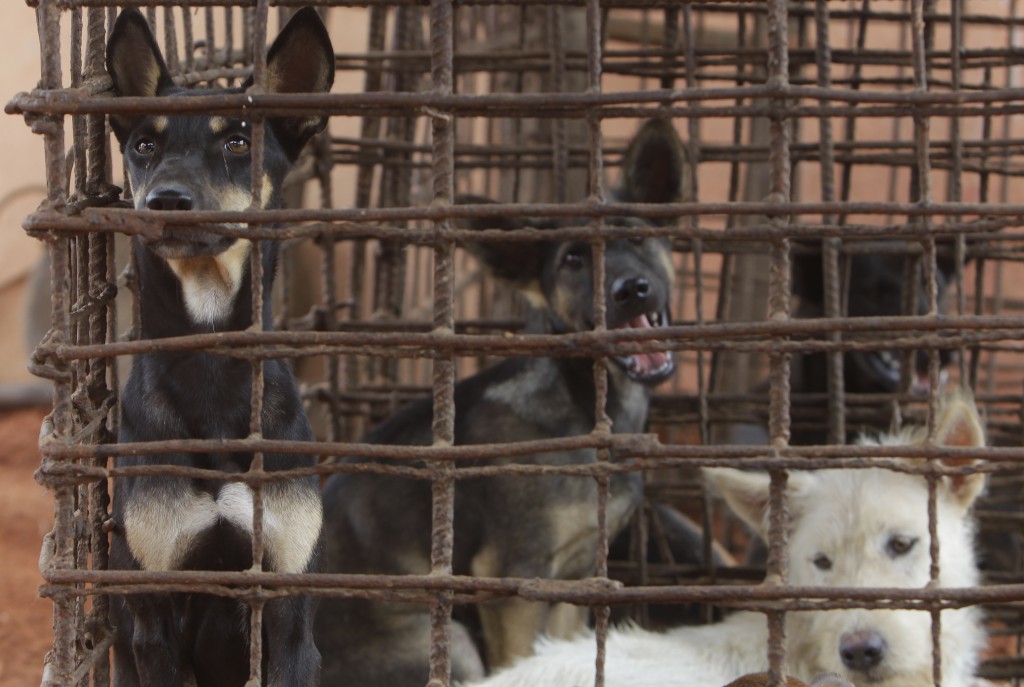 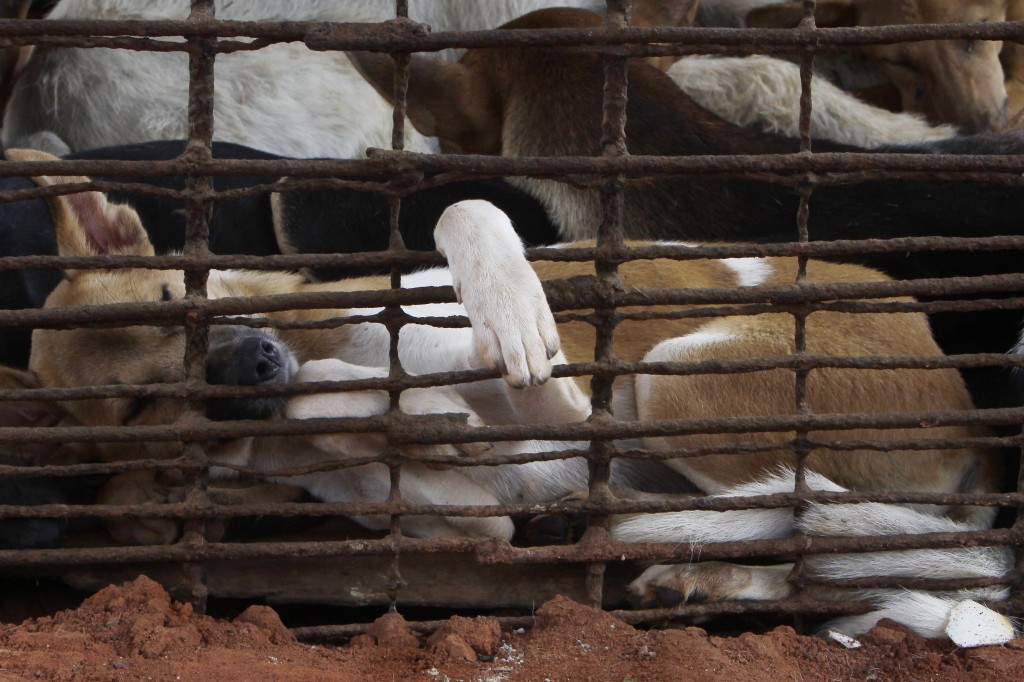 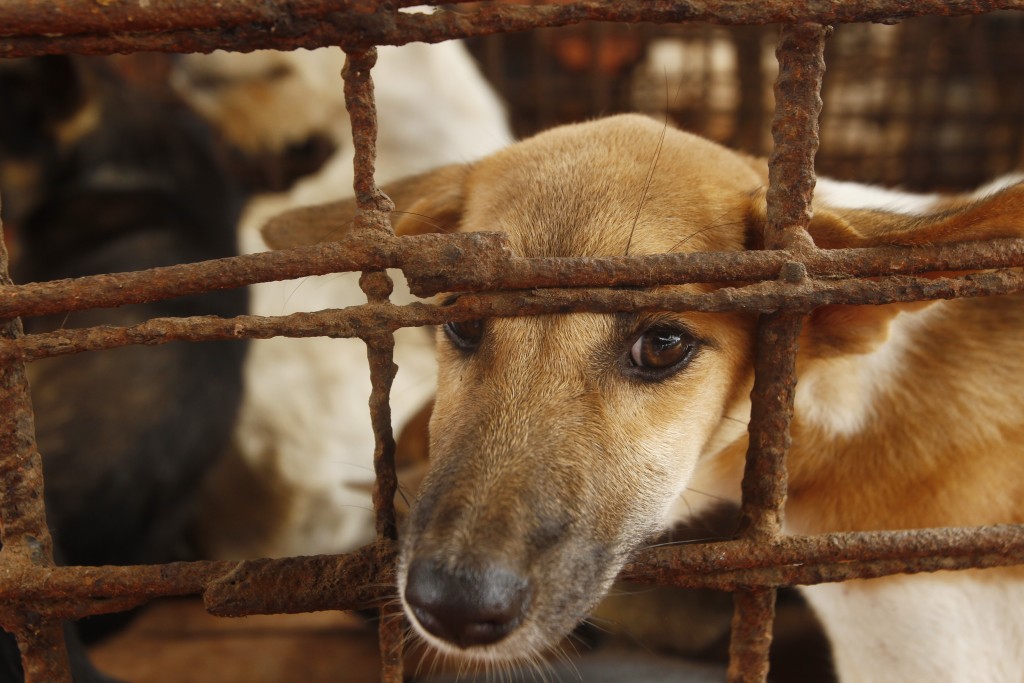 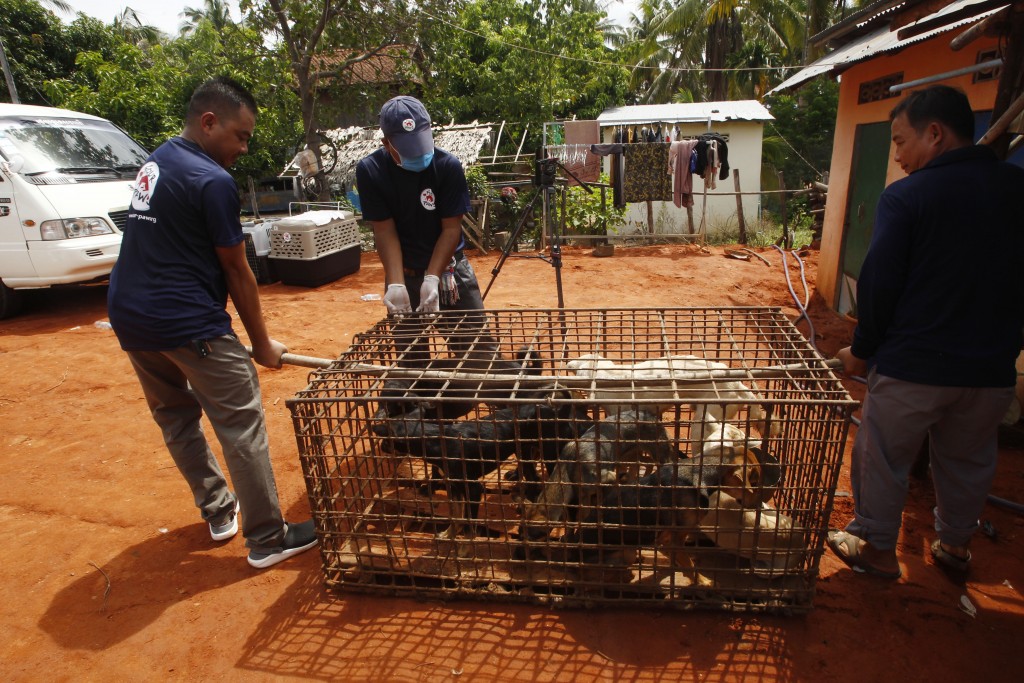 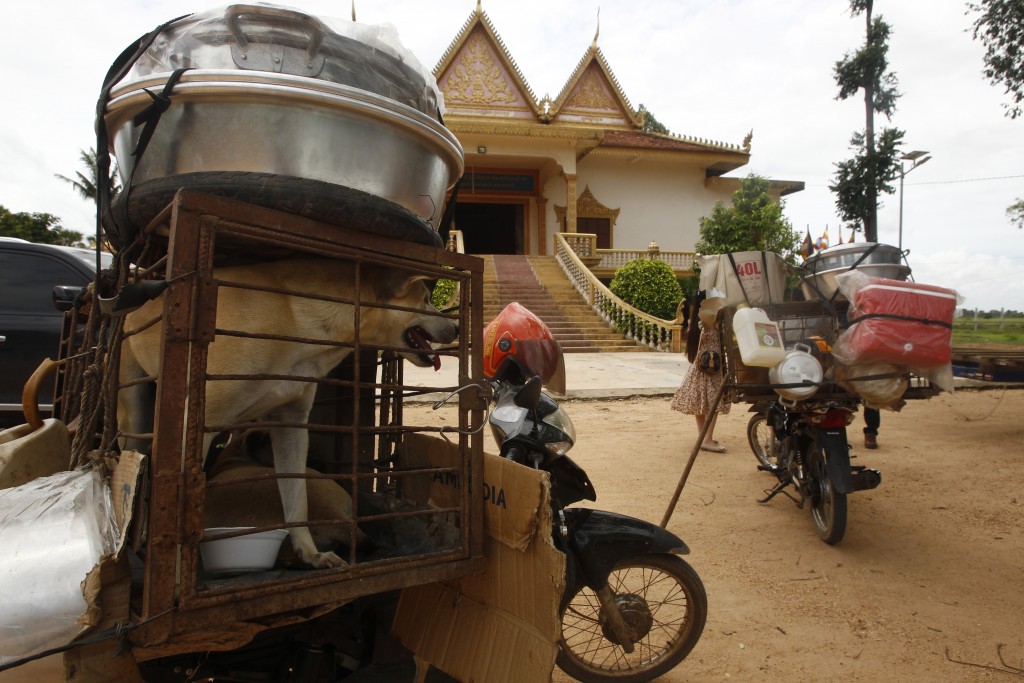 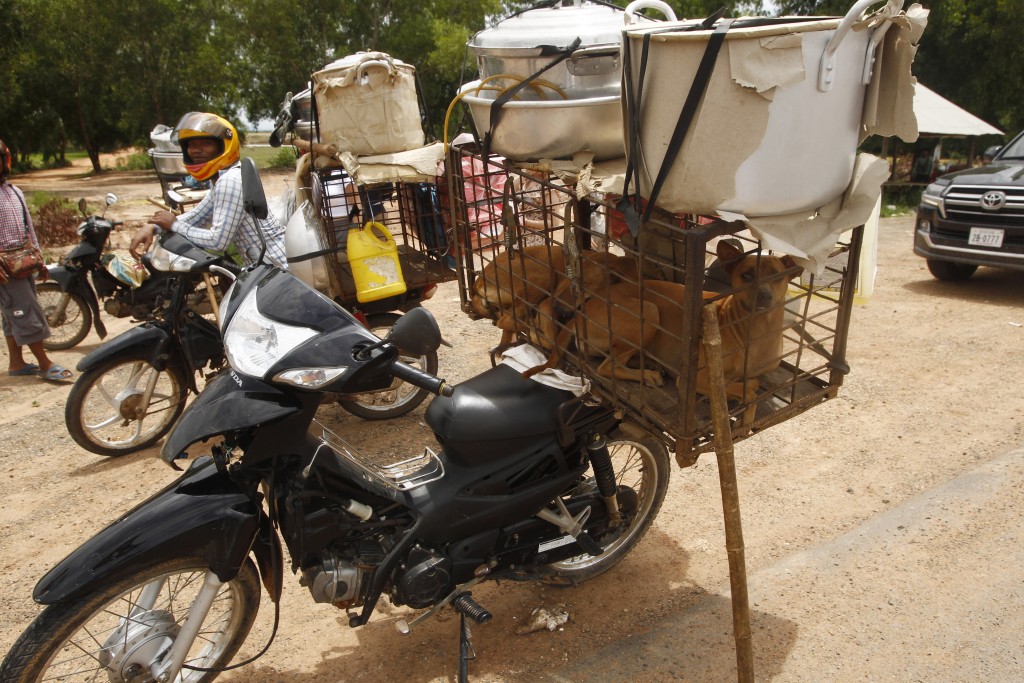 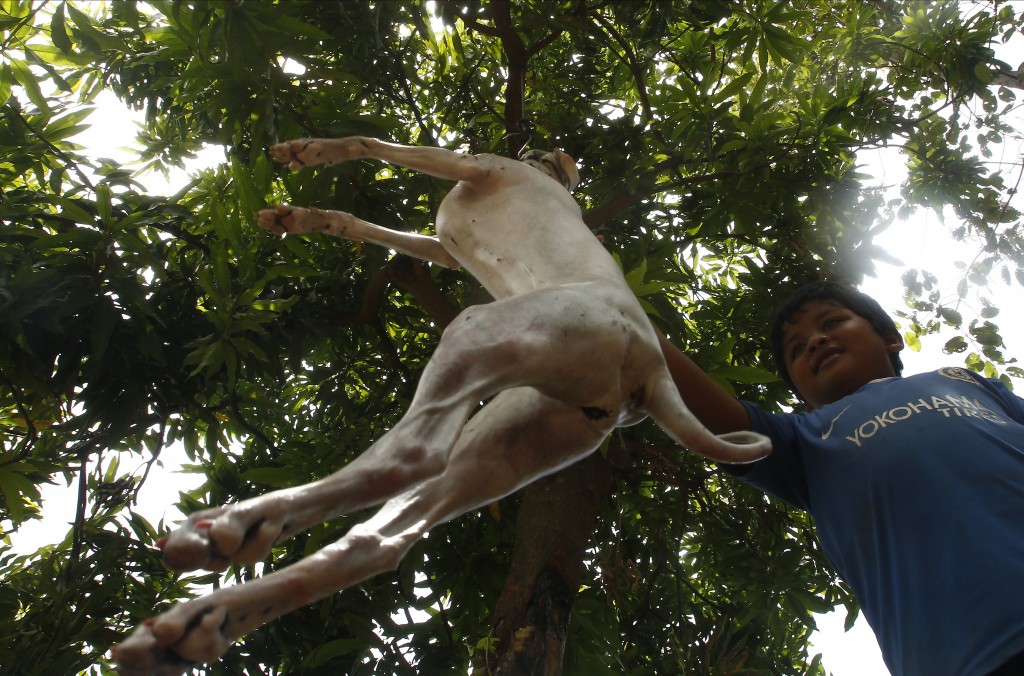 CHI MEAKH, Cambodia (AP) — Animal rights activists in Cambodia have gained a small victory in their effort to end the trade in dog meat, convincing a canine slaughterhouse in one village to abandon the business.

Buth Pith and his wife Khath Hach this week shut down the small abattoir they had operated for about seven years after animal protection groups agreed to provide them an alternate living by building a small convenience store for them.

Animal activists are taking the 15 dogs that had been caged at the slaughterhouse to an animal shelter in the capital, Phnom Penh, for rehabilitation, after which they will be offered for adoption, either in Cambodia or abroad.

The closure Wednesday in Chi Meakh village in Kampong Thom province follows a bigger victory in the northwestern province of Siem Reap, a popular tourist destination, which in July outlawed the buying, selling and butchering of dogs for food.

But animal lovers still have a long way to go. Dog is famously part of the cuisine in neighboring Vietnam, while eating dog meat was traditionally shunned in Cambodia, considered by an older generation to bring bad luck. In recent years, however, it has become popular.

An estimated 2 million to 3 million dogs are killed annually in Cambodia for their meat, according a recent report by the groups Four Paws International, based in Austria, and Animal Rescue Cambodia.

They say that not only is killing the dogs inhumane, but eating them is a health risk that can spread rabies. The practice cal also hurt the tourist industry, they say.

Katherine Polak, Four Paws’ head of stray animal care for Southeast Asia, told The Associated Press that the Cambodian government at both the national and provincial level takes an interest in the dog meat issue because they “do not view this as Khmer (Cambodian) culture. They view this as a Vietnamese import in terms of culinary preference and ... dogs play a really critical role in national peacekeeping, in mine detection.”

Buth Pith, the 38-year-old dog butcher in Chi Meakh, explained why he entered the trade.

“Before I was a seller of freshwater fish, but when I saw other villagers slaughtering dogs and earning a better income, I switched my job to start butchering dogs instead,” he said.

He has no idea how many dogs he has killed, but said he usually butchered five to eight a day.

His wife Khath Hach, 37, said she never was comfortable with the business but it was necessary to support their family, including two children.

She said many villagers complained when they heard the sounds of the dogs suffering before they died, and her own parents told her that they should stop the killing because it would bring bad luck and, according to Buddhist theories of reincarnation, bode ill for their future lives.

Another villager, Rouen Veasna, said he ate dog occasionally when he was younger, but it became a habit after the local slaughterhouse opened, and he would have it for lunch or dinner, and sometimes while drinking with friends.

Prum Nhenh, who operates a small restaurant that serves dog meat, said it would be difficult to afford medicine for her 80-year-old mother without the money the meat brings in.

She said she opened her restaurant more than a year ago and initially just sold items such as soft drinks, beer and eggs. But she put dog on the menu and it proved popular, allowing her to sell meat from as many as four dogs a day.

“The price of pork, the price of beef is expensive and does not sell as well, reducing my income, while dog meat is cheaper, and people like to consume it,” she said.

Khath Hach, the butcher's wife, believes there are benefits more important than money to be gained from giving up the dog meat trade.

She said after she opens the family’s new convenience store, other villagers will no longer look down on them and they won’t have the taint of sin from killing animals.