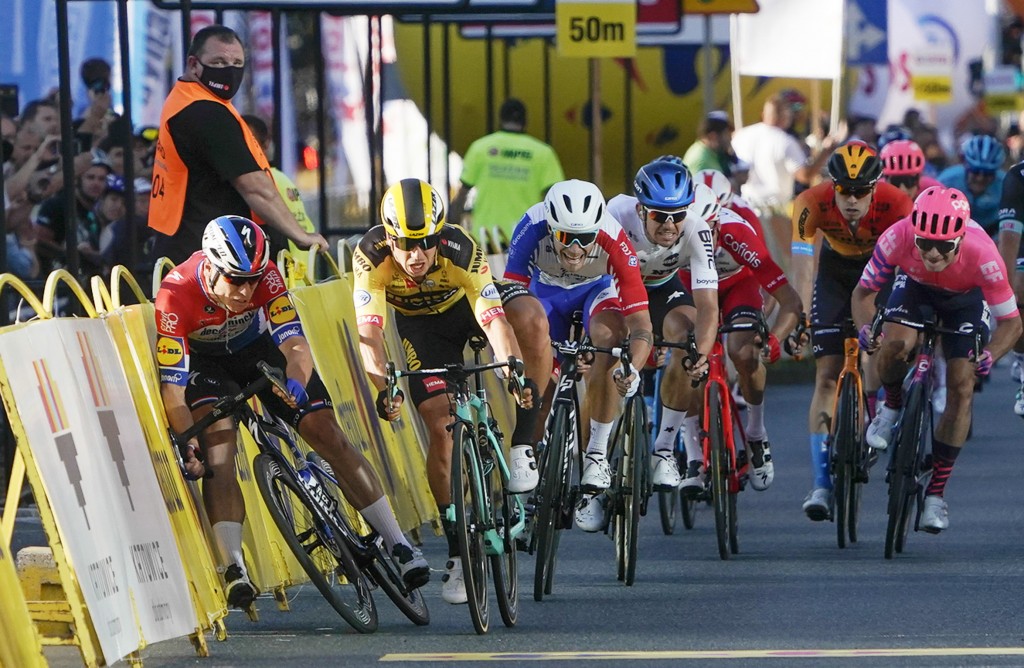 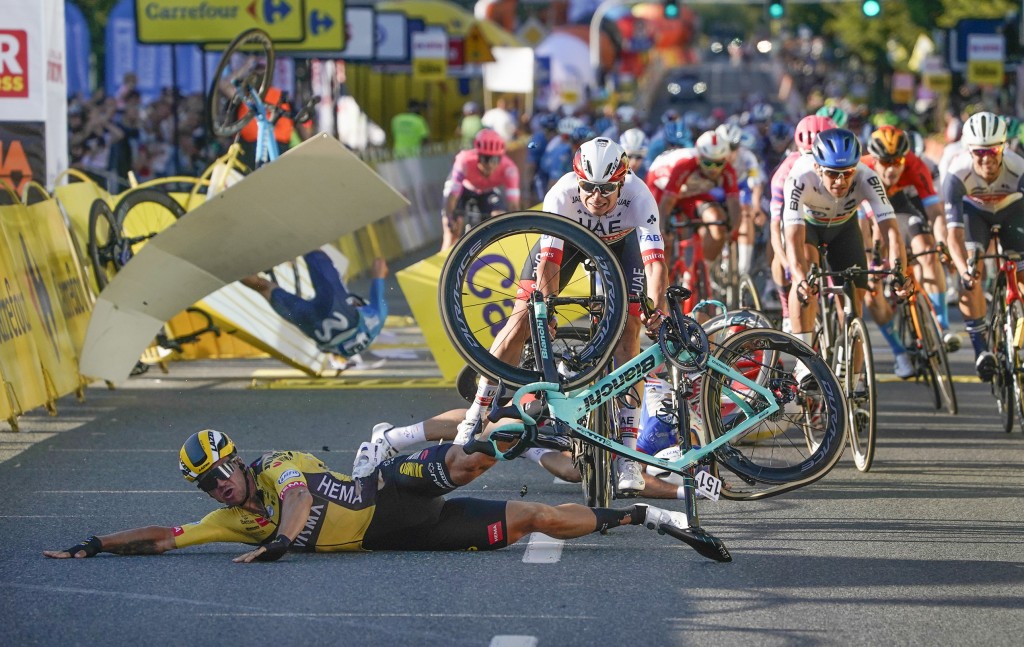 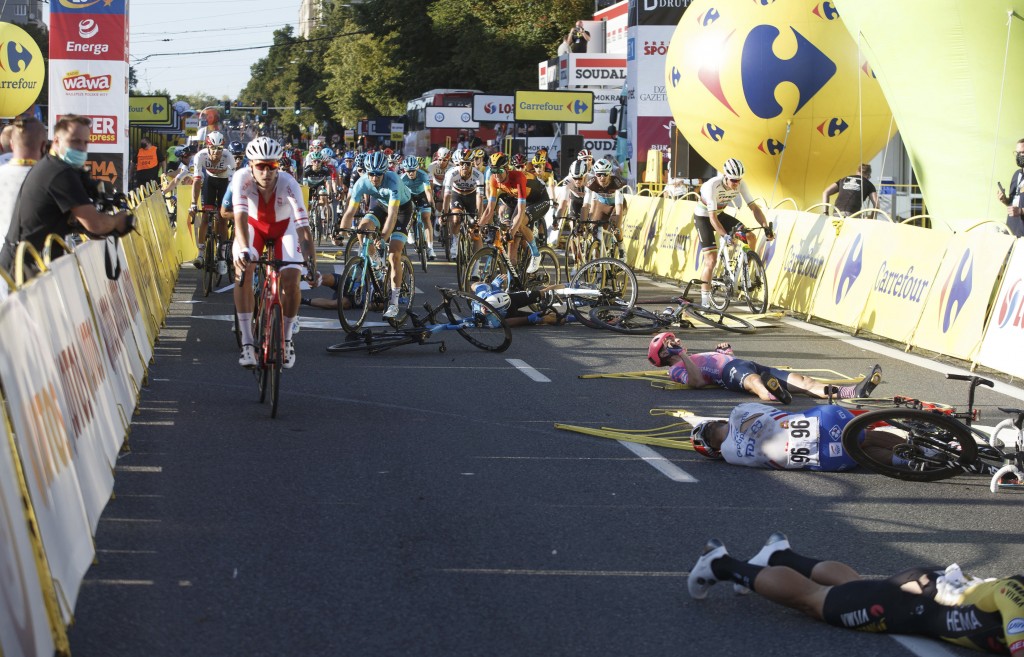 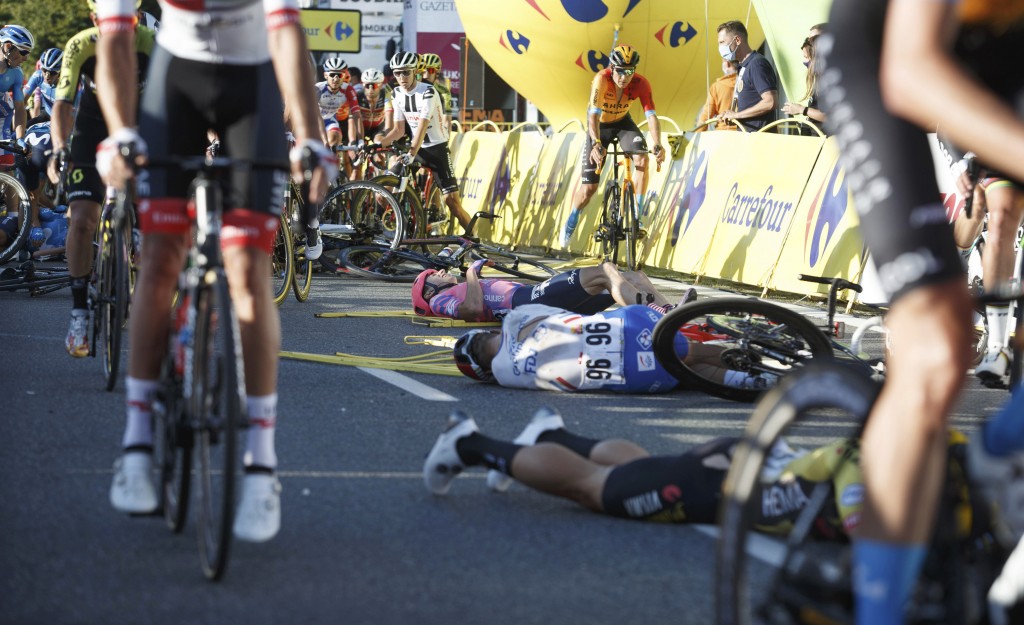 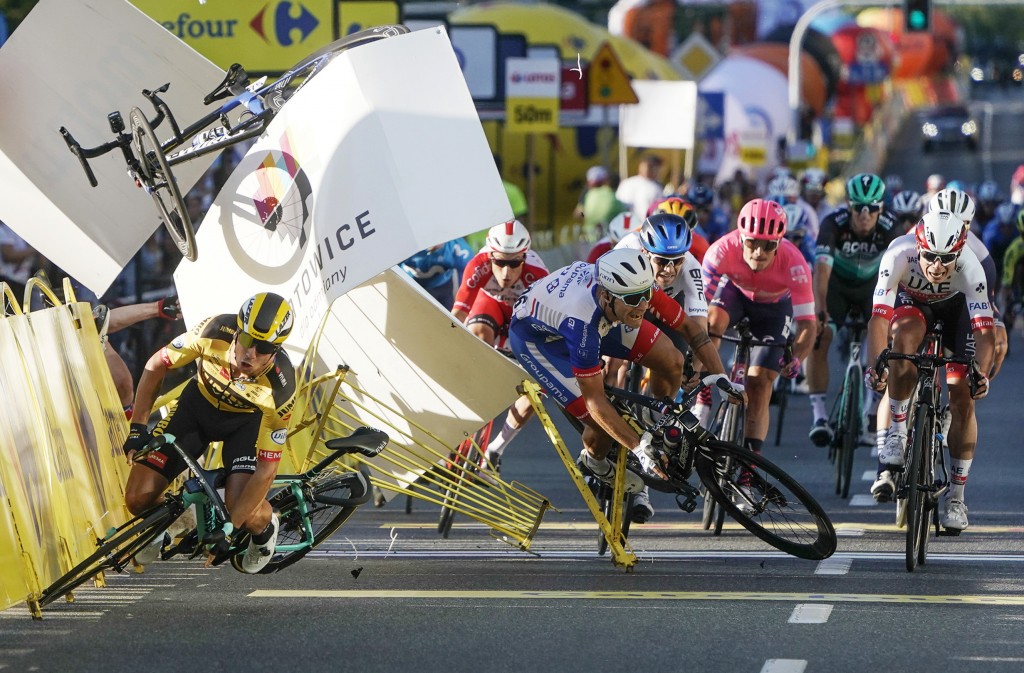 WARSAW (AP) — Dutch cyclist Fabio Jakobsen endured a five-hour surgery and remained in a serious but stable condition on Thursday after a controversial crash with Dylan Groenewegen near the finish line of the Tour of Poland.

Jakobsen was fighting for victory with countryman Groenewegen on Wednesday in the first stage when the latter deviated from his line in the final meters and sent Jakobsen crashing through roadside barriers.

Groenewegen crossed the line in first place then hit the tarmac in a mass crash.

Jakobsen, who was awarded the stage win after Groenewegen was disqualified, was taken to St. Barbara’s Specialized Hospital in Sosnowiec, southern Poland, where he underwent surgery on his skull and face.

“There is no direct threat to his life now," hospital deputy director and doctor Pawel Gruenpeter said on Thursday.

Gruenpeter added surgery was “very complicated due to the nature of the injuries but went with no complications.”

Jakobsen's Deceuninck Quick-Step team said no brain or spinal injury was revealed, and doctors would try to bring him out of coma later Thursday.

The International Cycling Union condemned Groenewegen's attitude and determined he was responsible for the crash. Groenewegen was disqualified by the race jury and faces further disciplinary sanctions.

“The UCI, which considers the behaviour unacceptable, immediately referred the matter to the disciplinary commission to request the imposition of sanctions commensurate with the seriousness of the facts," the federation said in a statement.

Police and prosecutors in Katowice are investigating the crash.

Many riders or former professionals also criticized the poor quality of the security barriers set up in the final section of the race, which did not seem to offer an appropriate protection.

“Situation like yesterday must make the UCI reflect on the current conditions of the race, they are no longer the 80's when the mattress was sufficient for protection," Italian rider Alessandro De Marchi wrote on Twitter. “Today the speeds are absurd, we need an evolution in safety measures, and also how certain race actions are judged: we need tolerance zero!"