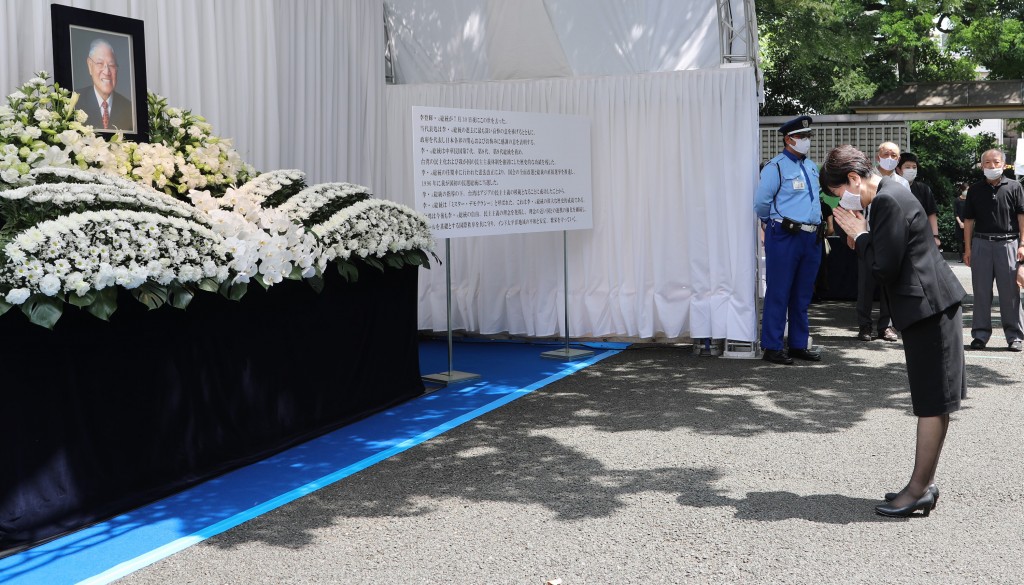 At a meeting with Frank Hsieh (謝長廷), the Taiwan Representative to Japan, Koike shared her memories of Lee, who passed away on July 30 at the age of 97. She was moved to tears while the music A Thousand Winds (千風之歌) played — reportedly one of the late politician’s favorite songs.

Koike told Hsieh that Lee had been a role model for her and that he demonstrated great leadership and an immense desire to acquire knowledge. She also asked Hsieh to relay a letter of condolences to Tseng Wen-hui (曾文惠), widow of Lee, wrote CNA.

Having established a personal relationship with Lee, who is revered by many senior Japanese political figures, the governor offered her respects to him on Facebook the day he died. She later penned an article for the Sankei Shimbun paper, in which she recounted Lee’s admiration for traditional Japanese values and how the Bushido had an impact on him.

Koike said she had learned about the contributions Japan had made to Taiwan during the colonial period from Lee, including the feats of Yoichi Hatta, an engineer behind some of Taiwan’s hydraulic constructions. These were stories not taught in the textbooks, she said.

As of Wednesday, around 2,200 individuals from Japan's political circles had attended the memorial service, according to the representative office. World leaders from the Dalai Lama to U.S. State Secretary Mike Pompeo paid tribute to Lee the day after his passing, hailing Taiwan’s first popularly elected president as a beacon of democracy.