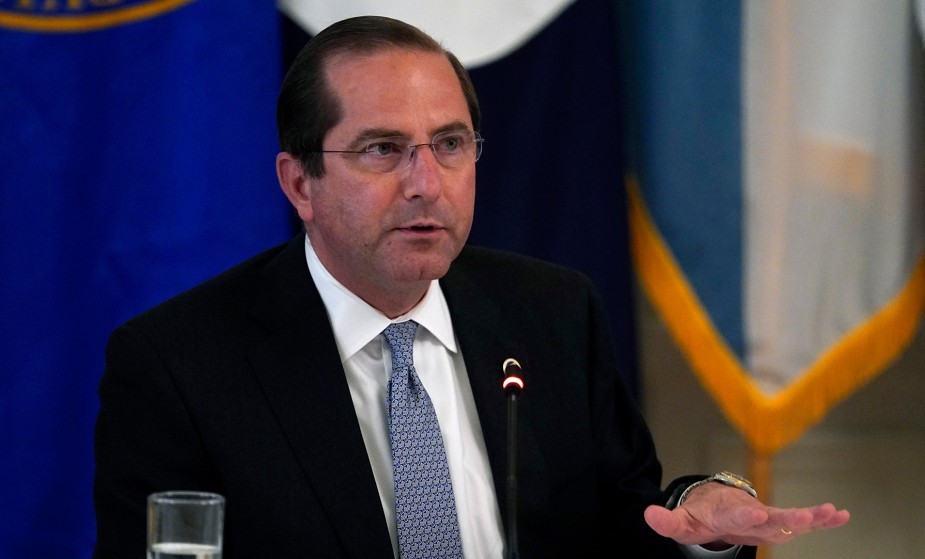 TAIPEI (Taiwan News) — In response to news of the American secretary of health’s upcoming visit to Taiwan, China's Ministry of Foreign Affairs on Wednesday (Aug. 5) expressed Beijing's discontent, demanding an end to all official exchanges between the U.S. and Taiwan.

The American Institute in Taiwan (AIT) announced Wednesday that U.S. Secretary of Health and Human Services Alex Azar will be visiting Taiwan in the near future.

At a regular press conference Wednesday afternoon, Chinese Foreign Ministry Spokesperson Wang Wenbin (汪文斌) said that China firmly opposes official exchanges between the U.S. and Taiwan. He stated that Beijing had already made solemn representations to the U.S., both at the American embassy in Beijing and in Washington.

The spokesperson also said that the Taiwan issue is the most important and sensitive issue in U.S.-Sino relations, with the "one China" principle being its political basis. He urged the U.S. to abide by the principle and the three Sino-U.S. joint communiqués and to deal with the issue properly to avoid sending “any wrong signals to Taiwan independence elements.”

Azar will be the first U.S. health secretary and the highest-ranking Cabinet-level official to visit Taiwan since 1979.