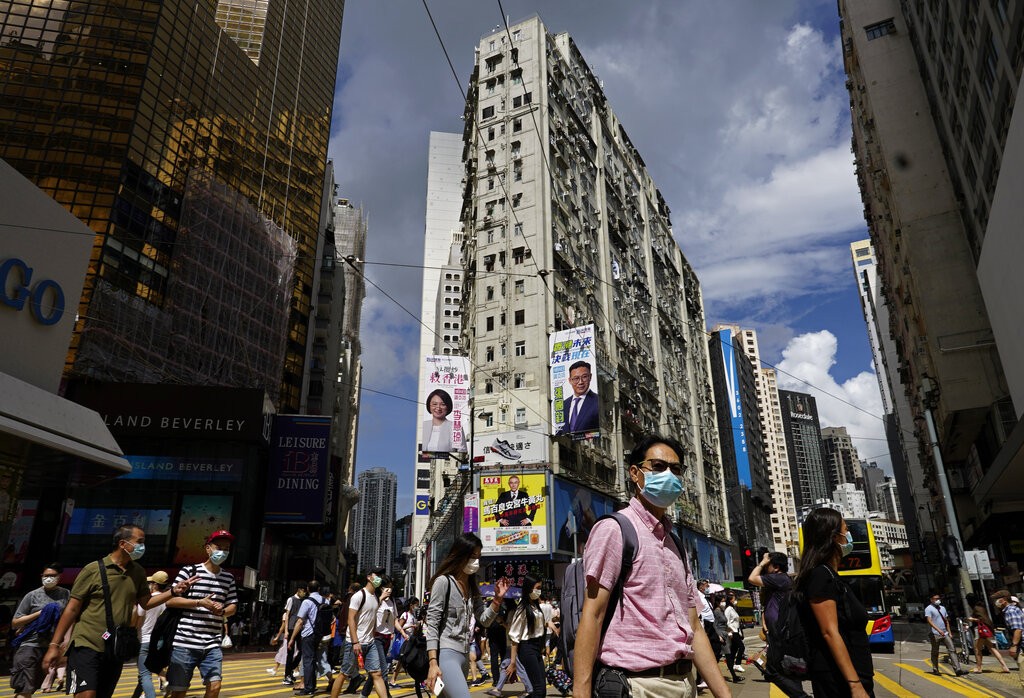 CECC Spokesman Chuang Jen-hsiang (莊人祥) on Thursday (Aug. 6) announced that a plane passenger who tested positive for the coronavirus several days after arriving in Hong Kong is a woman in her 50s with dual Taiwan-Hong Kong citizenship. Chuang added that she had been staying in northern Taiwan from June 20 to July 27, prior to which she had traveled to other countries.

TAIPEI (Taiwan News) — Taiwan's Central Epidemic Command Center (CECC) on Wednesday (Aug. 5) revealed that a Taiwanese woman who had been staying in Taiwan tested positive for the disease after arriving in Hong Kong.

During a press conference on Wednesday afternoon, CECC Spokesman Chuang Jen-hsiang (莊人祥) said that a woman who had left Taiwan last week tested positive for the Wuhan coronavirus (COVID-19), eight days after arriving in the territory.

Hong Kong that day announced 82 new cases of coronavirus, including the returnee in question, who tested positive while undergoing quarantine. According to the Hong Kong Department of Health, the woman arrived from Taiwan on July 27 and after testing for COVID-19 was transported to a hotel for her quarantine, with the results of her test coming back negative on July 28.

However, during the quarantine period, the woman absconded from her hotel. She then attempted to fly back to Taiwan but was intercepted at the airport.

After being returned to quarantine, she was tested again for COVID-19 on Aug. 2 and found to be positive for the virus on Aug. 4, when she was tentatively listed in Hong Kong as a "local case." Chuang said the Hong Kong government did not disclose the incident to the CECC and that it was not until the information was revealed that the center contacted Hong Kong authorities for clarification.

Chuang pointed out that because the individual had ventured out during her quarantine period in Hong Kong, she may have been infected in the Chinese-ruled city. Therefore, she is currently being classified as a local case in Taiwan until an investigation is carried out into where she likely contracted the disease.

The CECC spokesman emphasized that after the Hong Kong authorities provide relevant information on the case, the center will investigate the contacts and movements of the woman in Taiwan.