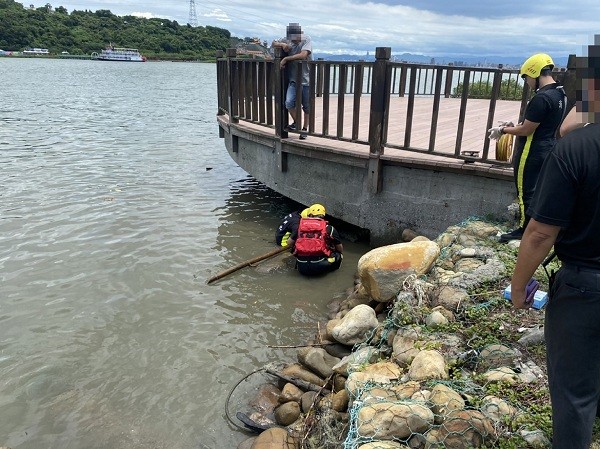 TAIPEI (Taiwan News) — Half of a decomposing human head was found floating in the Tamsui River near the Guandu Bridge in New Taipei City on Wednesday (Aug. 5), and prosecutors have not ruled out the possibility that it belonged to an employee of a nearby pumping station whose headless body was recovered after he fell into the river.

Police said that witnesses walking along the river dyke on Longmi Road in New Taipei’s Bali District spotted a strange object floating near the Guandu Bridge at around noon. Upon taking a closer look, they were startled to find that it was half of a human head, according to CNA.

When firefighters arrived, they found the head stuck underneath a scenic riverside lookout near the bridge. They managed to fish it out of the water; however, as the remains were badly decomposed, the cause of death has not yet been determined.

Prosecutors suspect the head may be that of a man in his 50s, surnamed Chi (齊), who worked at Taipei City’s Baxian pumping station. Chi reportedly fell into the river on Monday (Aug. 3) while working on a sewage gate to prepare for the approaching Typhoon Hagupit, and police and firefighters found Chi’s headless body Monday night.

Forensic investigators have taken samples from the head and will send them to the Ministry of Justice's Institute of Forensic Medicine to see if they match samples taken from his family.