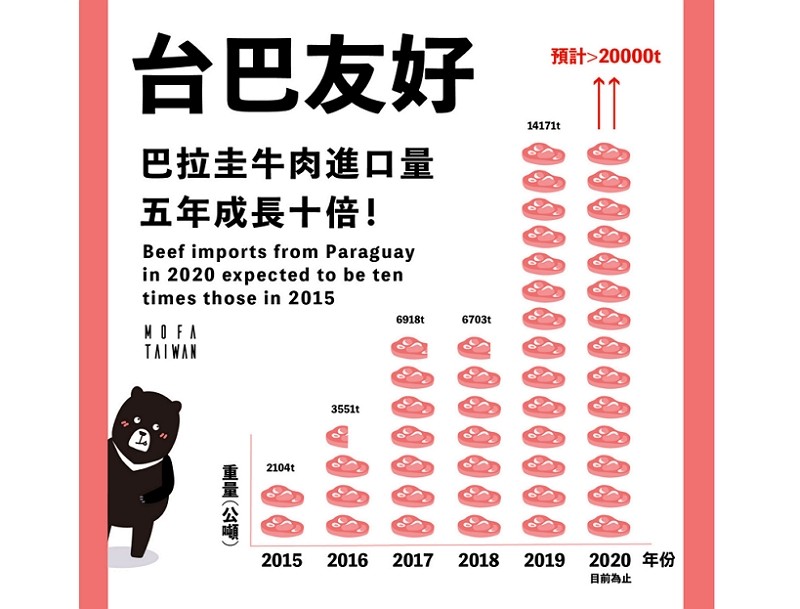 TAIPEI (Taiwan News) — Taiwan has resorted to “beef diplomacy” to cement relations with Paraguay, its only diplomatic ally in South America, amid China’s failed poaching effort.

In addition to “mask diplomacy,” Taiwan has ramped up beef imports from Paraguay over the years to bolster bilateral relations and help it weather economic woes. The economic cooperation agreement between the two that took effect in February 2018 serves to reduce tariffs on relevant products.

According to the Ministry of Foreign Affairs (MOFA), Taiwan emerged as the third-largest beef export destination for the Latin American country in the first half of 2020, while it became the fourth largest beef supplier of Taiwan. The country imported 2,104 tons of beef from Paraguay in 2015, and that number is expected to grow 10 times higher this year.

In a Facebook video shared by MOFA, Foreign Minister Joseph Wu (吳釗燮) was seen cooking steaks using beef from Paraguay in an event marking the conclusion of a vocational training program for Taiwan’s Latin American and Caribbean allies last November. Participants hailed from Guatemala, Honduras, Nicaragua, Paraguay, and St. Vincent and the Grenadines.

Only 15 states now recognize Taiwan amid Beijing’s continued campaign to peel off Taiwan’s diplomatic allies. Faced with mounting pressure from China and the domestic business sector, Paraguayan President Mario Abdo Benitez has reassured ties with Taiwan, which he described as “a true friend,” according to Marcial Bobadilla Guillen, Paraguayan ambassador to Taiwan, in a comment he made last month.

Taiwan and Paraguay entered into diplomatic relations in 1957. 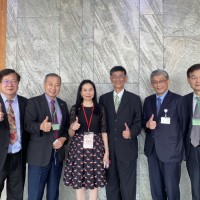