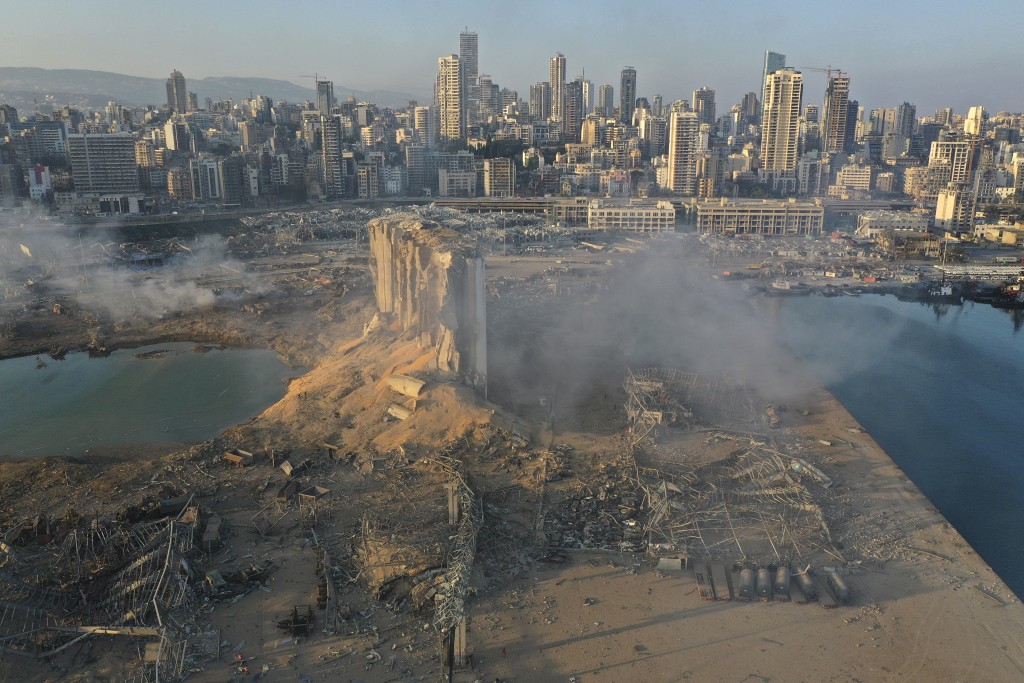 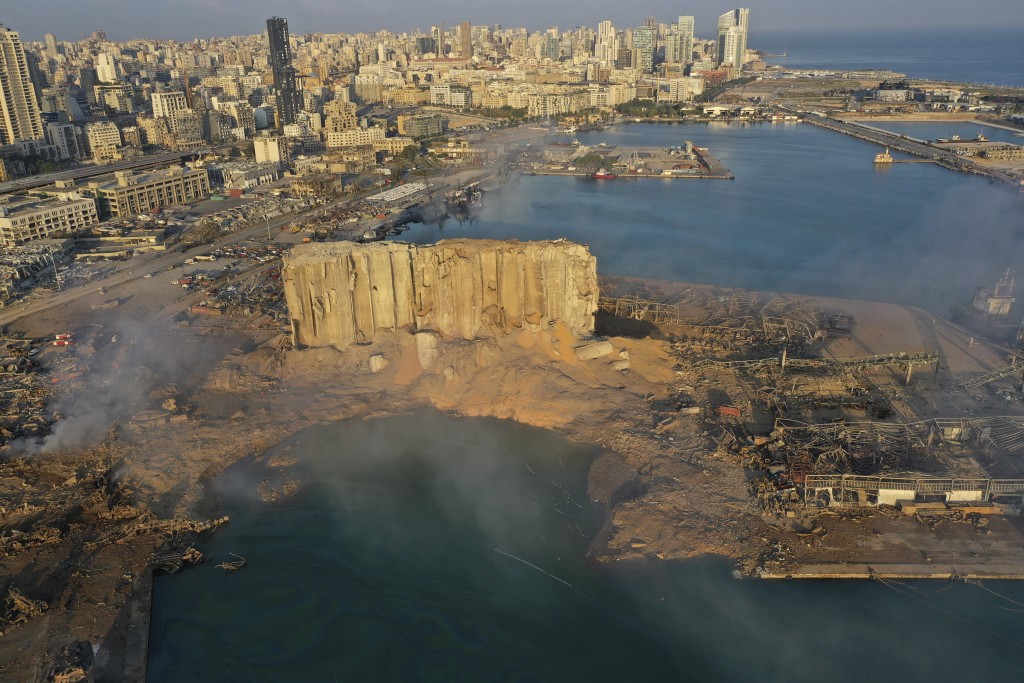 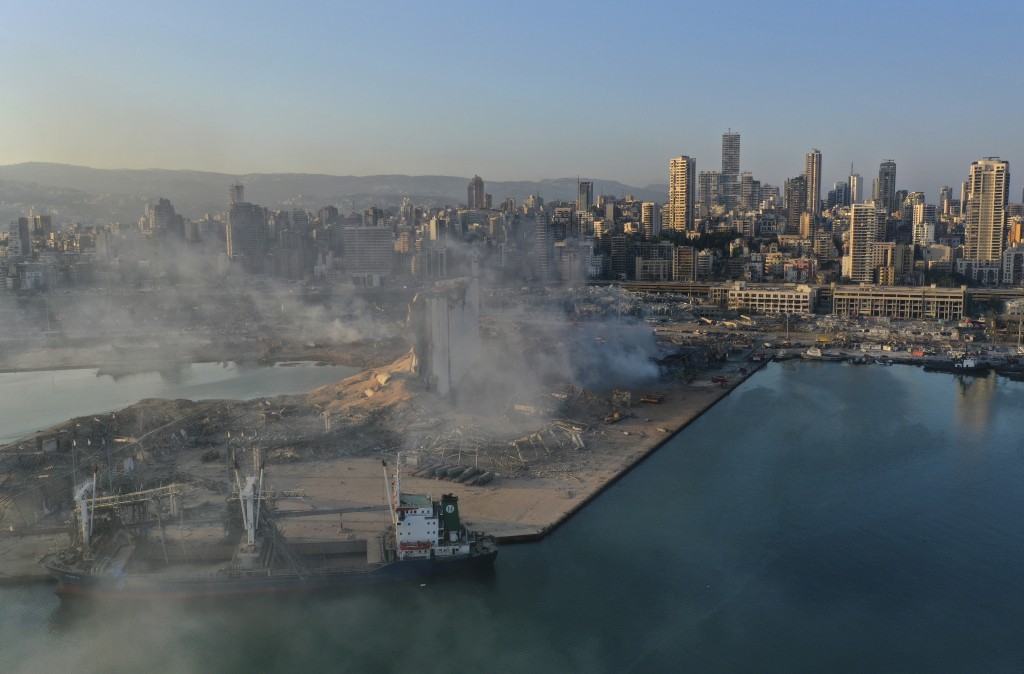 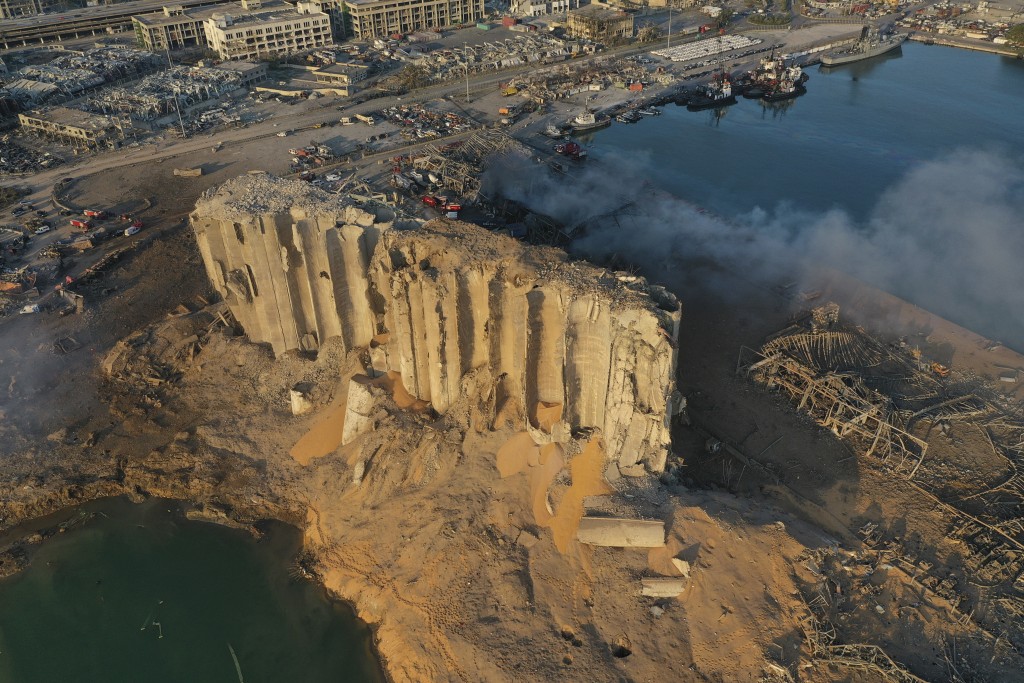 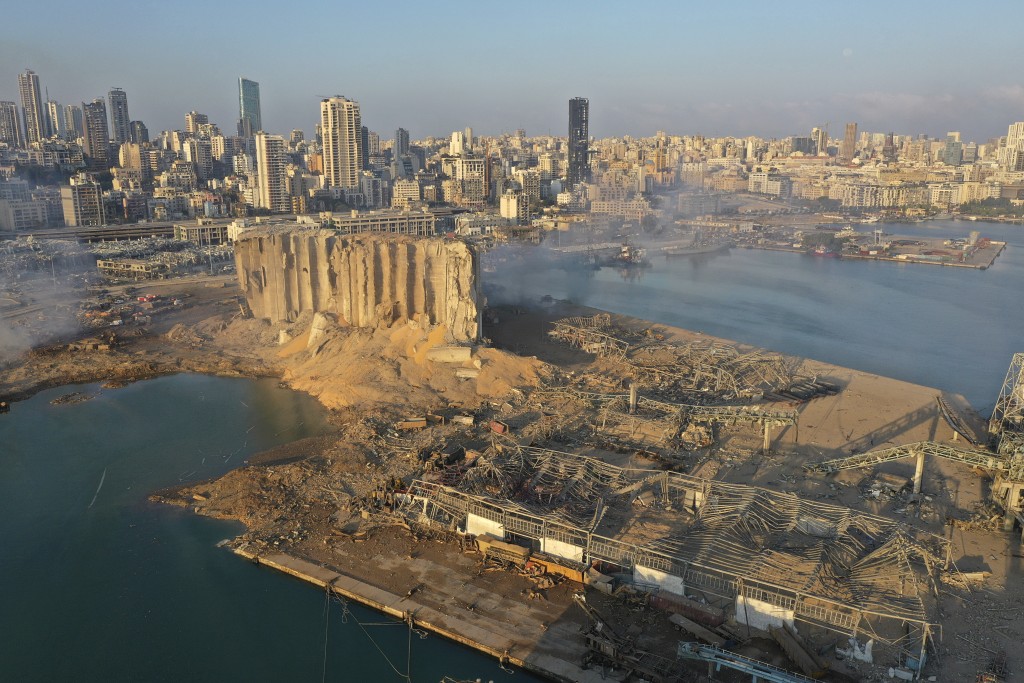 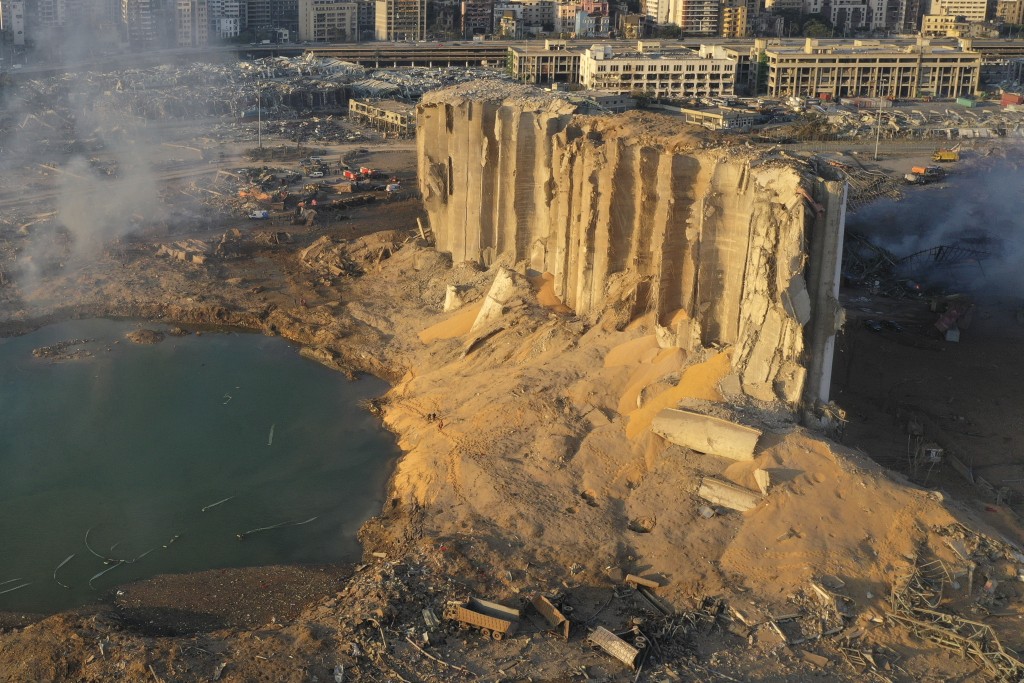 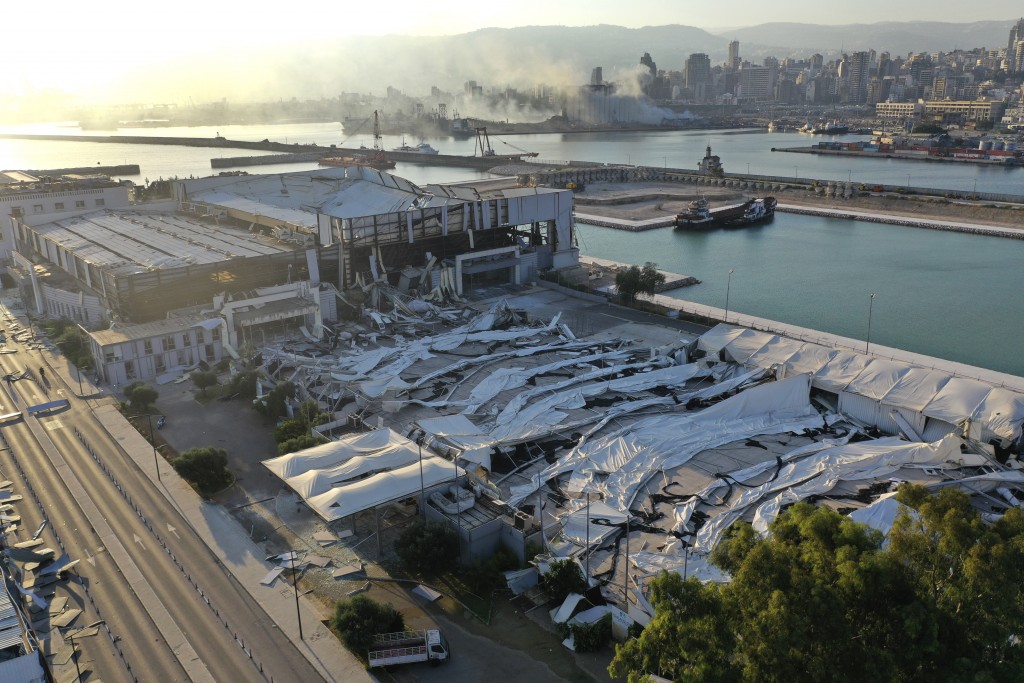 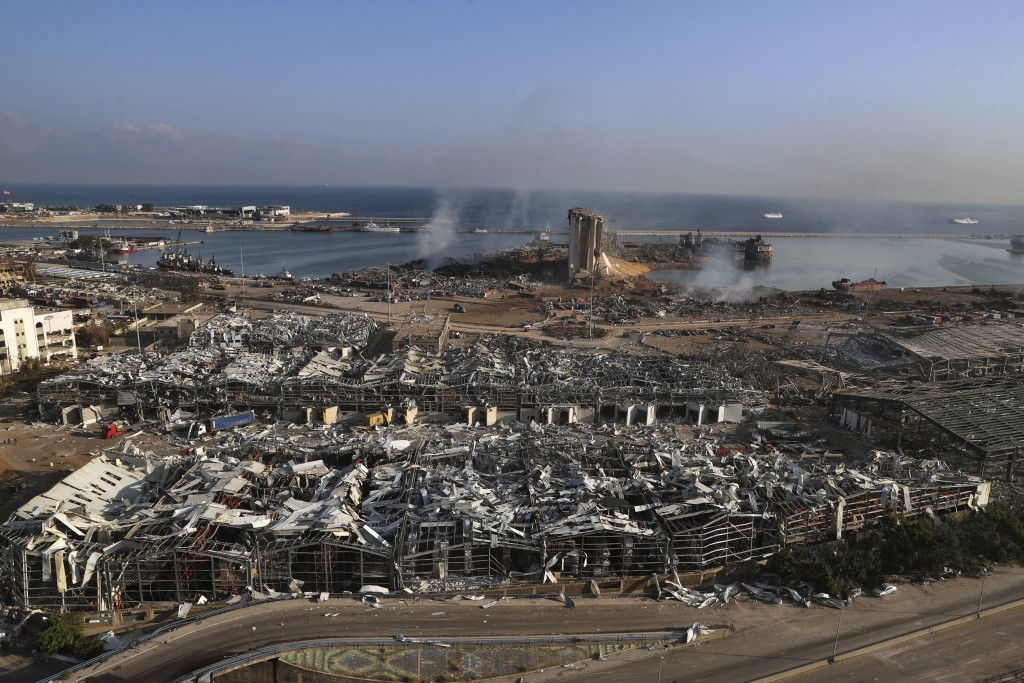 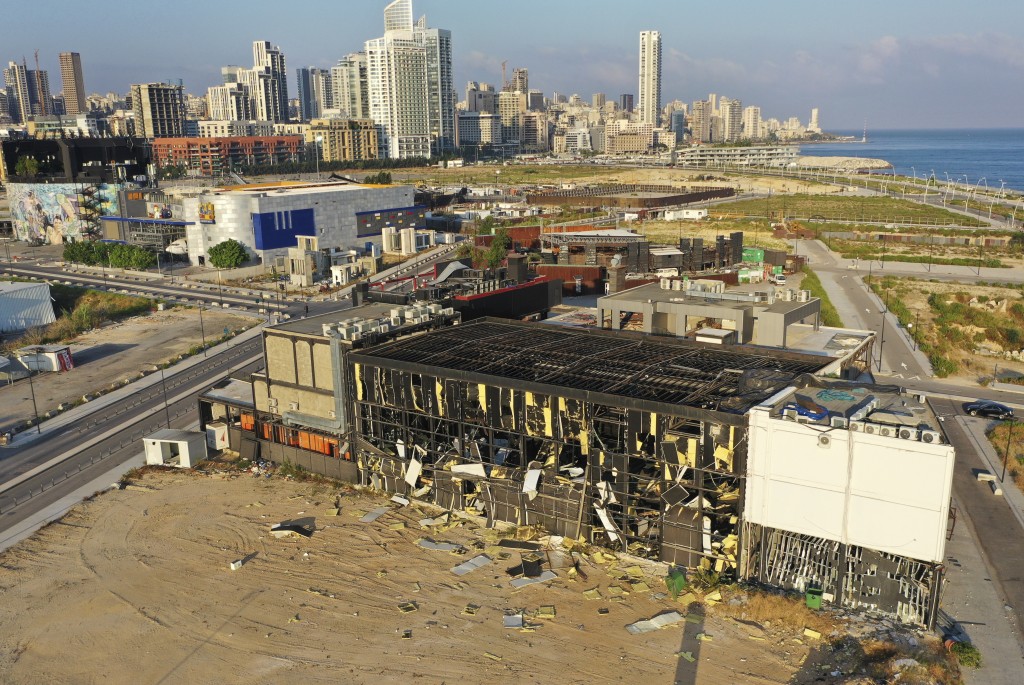 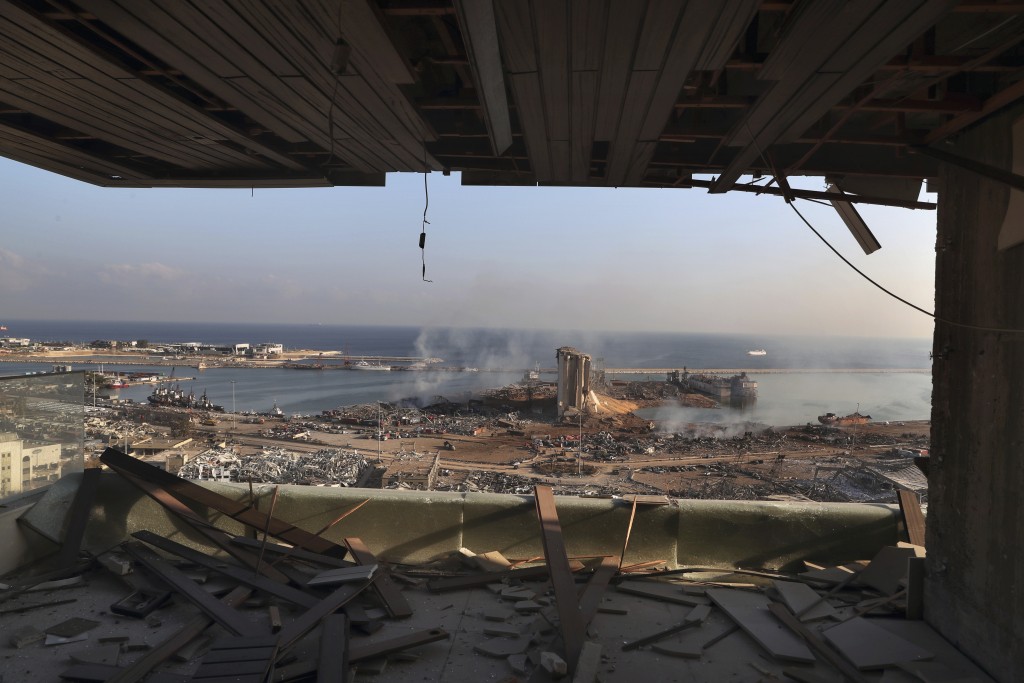 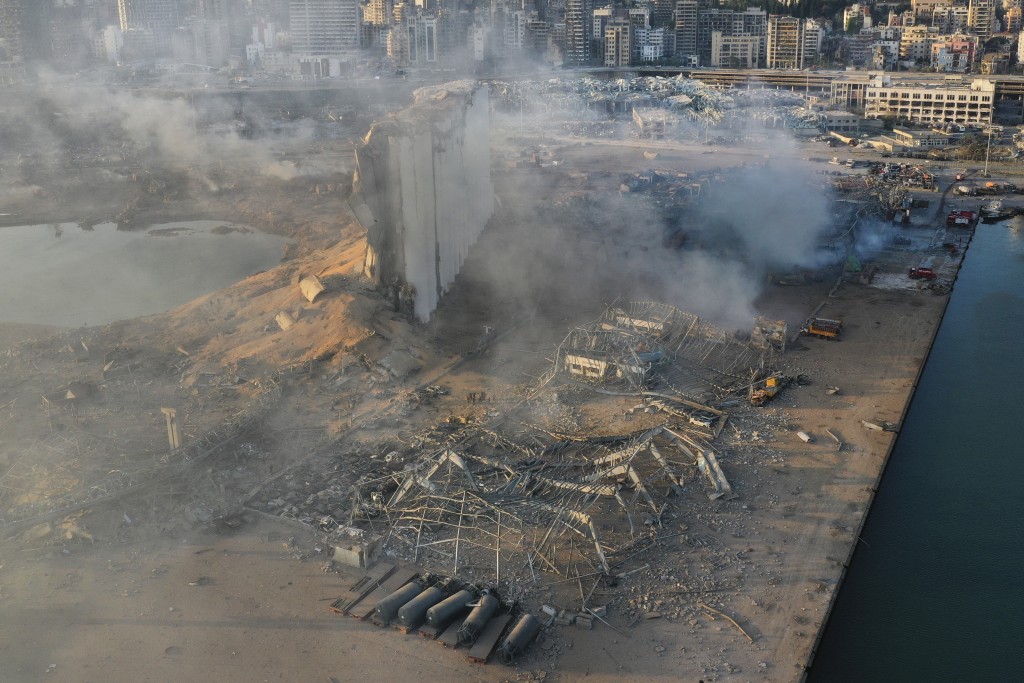 BEIRUT (AP) — Residents of Beirut awoke to a scene of utter devastation on Wednesday, a day after a massive explosion at the port sent shock waves across the Lebanese capital, killing at least 100 people and wounding thousands.

Smoke was still rising from the port, where a towering grain silos had been shattered. Major downtown streets were littered with debris and damaged vehicles, and building facades were blown out. At hospitals across the city people had been waiting all night for news of loved ones who had gone missing or were wounded. Others posted requests for help online.

An official with the Lebanese Red Cross said at least 100 people were killed and more than 4,000 were wounded. The official, George Kettaneh, said the toll could rise further.

It was unclear what caused the blast, which appeared to have been triggered by a fire and struck with the force of an earthquake. It was the most powerful explosion ever seen in the city, which was on the front lines of the 1975-1990 civil war and has endured conflicts with neighboring Israel and periodic bombings and terror attacks.

“L’Apocalypse,” read the front page of Lebanon’s French L’Orient Le Jour newspaper. Another paper, al-Akhbar, had a photo of a destroyed port with the words: “The Great Collapse.”

Lebanon was already on the brink of collapse amid a severe economic crisis that has ignited mass protests in recent months. Its hospitals are confronting a surge in coronavirus cases, and there were concerns the virus could spread further as people flooded into hospitals.

Interior Minister Mohammed Fahmi told a local TV station that it appeared the blast was caused by the detonation of more than 2,700 tons of ammonium nitrate that had been stored in a warehouse at the dock ever since it was confiscated from a cargo ship in 2014.

Witnesses reported seeing an orange cloud like that which appears when toxic nitrogen dioxide gas is released after an explosion involving nitrates.

Videos showed what looked like a fire erupting nearby just before, and local TV stations reported that a fireworks warehouse was involved. The fire appeared to spread to a nearby building, triggering the explosion, sending up a mushroom cloud and generating a shock wave.

“It was a real horror show. I haven’t seen anything like that since the days of the (civil) war,” said Marwan Ramadan, who was about 500 meters (yards) from the port and was knocked off his feet by the force of the explosion.

The blast destroyed numerous apartment buildings, potentially leaving large numbers of people homeless at a time when many Lebanese have lost their jobs and seen their savings evaporate because of a currency crisis. The explosion also raises concerns about how Lebanon will continue to import nearly all of its vital goods with its main port devastated.

There is also the issue of food security in Lebanon, a tiny country already hosting over 1 million Syrians amid that country’s yearslong war.

The port's major grain silo is run by the Lebanese Ministry of Economy and Trade. Drone footage shot Wednesday by The Associated Press showed that blast tore open those grain silos, dumping their contents into the debris and earth thrown up by the blast. Some 80% of Lebanon’s wheat supply is imported, according to the U.S. Agriculture Department.

Estimates suggest some 85% of the country’s grain was stored at the now-destroyed silos.

Lebanon’s state-run National News Agency quoted the Raoul Nehme, the minister of economy and trade, as saying that all the wheat stored at the facility had been “contaminated” and couldn’t be used. However, he insisted Lebanon had enough wheat for its immediate needs.

The tiny Mediterranean nation's economic crisis is rooted in decades of systemic corruption and poor governance by the political class that has ruled the country since the end of the civil war. Lebanese have held mass protests calling for sweeping political change since last autumn but few of their demands have been met as the economic situation has steadily worsened.