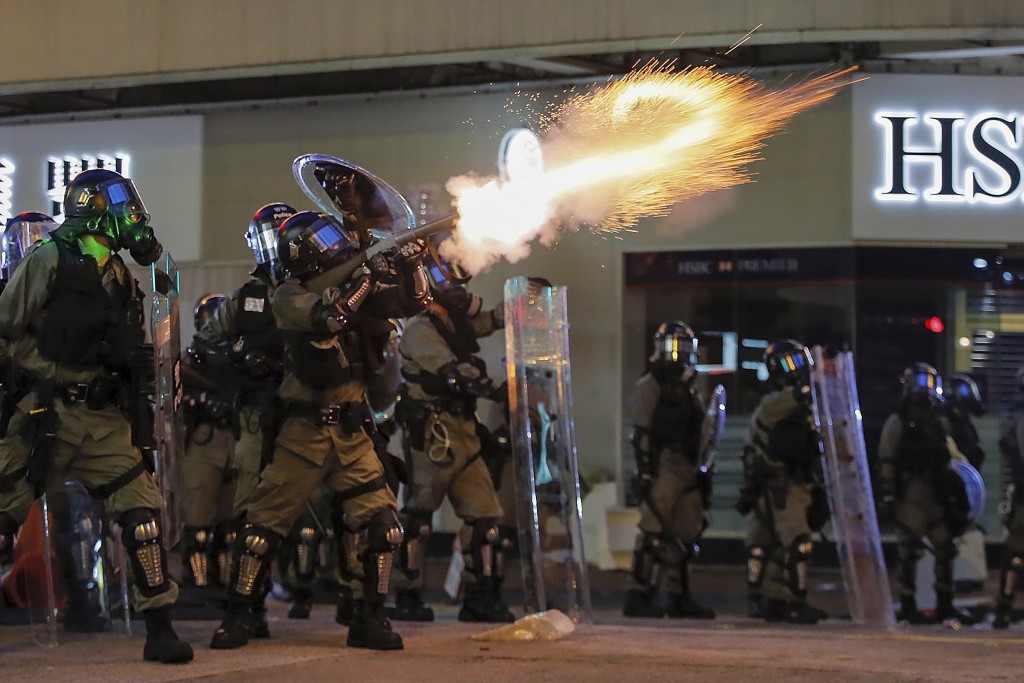 TAIPEI (Taiwan News) — The U.K.'s All-Party Parliamentary Group (APPG) on Hong Kong on Tuesday (Aug.4) revealed the results of its five-month investigation into abuse of power by Hong Kong police, concluding that the city's law enforcement had breached "humanitarian principles."

Focusing on how police in Hong Kong have treated frontline humanitarian aid workers during the monthslong protests, the investigation report pointed out that first-aiders have faced intimidation, harassment, and threats as well as physical and psychological harm. The hostile environment has affected their ability to provide medical assistance to injured protesters, the group observed.

Last August, the UN Human Rights Office warned that Hong Kong police were employing weapons "in ways that are prohibited by international norms and standards," such as firing tear gas canisters into enclosed areas or directly at demonstrators. As the conflicts between police and protesters escalated, the first-aiders and journalists on the scene began facing indiscriminate attacks by law enforcement.

Verbal abuse from police, such as the slurs "freedom c****" and "cockroaches," became commonplace, as did the excessive use of stop-and-frisk. According to one account, on Sept. 21, 2019, the police searched a group of aid workers and journalists during an authorized assembly. As they were forced to squat down and wait to be searched, one officer shouted: "What f***ing first-aider are you?"

The report also listed clear evidence of medical treatment being denied to injured protesters. For instance, on August 31, 2019, when police barged into the Prince Edward MTR station and indiscriminately pepper-sprayed and beat civilians, they blocked medical workers from entering. Even after ambulances arrived, paramedics were told there were no casualties in the station.

To make sure the U.K. fulfills its responsibilities as stipulated in the Sino-British Joint Declaration, the APPG recommended that an investigative mechanism be created for the UN Human Rights Council for Hong Kong. In addition, the group said the U.K. should swiftly impose Magnitsky-style sanctions on Hong Kong leaders who permitted excessive police violence, including the police commissioner and Chief Executive Carrie Lam.

The APPG also stressed that the U.K. must ensure that the country's policy on British National Overseas immigration is not applied to those who have endorsed Bejing's national security law for Hong Kong. It also called for cooperation with the city's authorities on strengthening the protection of human rights as required in the joint declaration.