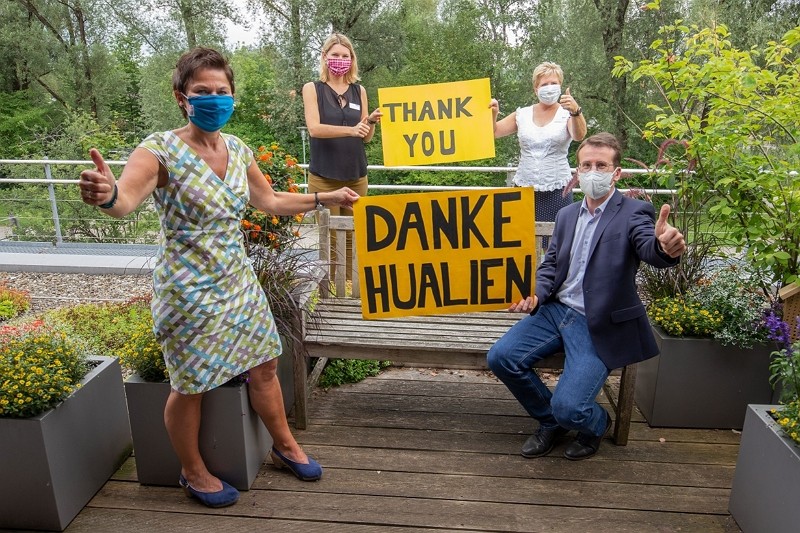 TAIPEI (Taiwan News) — Medical supplies from Hualien County have arrived in its sister cities in the U.S., Germany, and South Korea in another example of how Taiwan can help contribute to global health.

Around 9,000 face masks, 1,500 goggles, 1,500 hazmat suits, and 1,500 boxes of gloves have been shipped to Temple City in California’s Los Angeles County, Starnberg District in Germany’s Bavaria, and Jecheon City in South Korea’s North Chungcheong Province, according to the Hualien County Government on Tuesday (Aug. 4).

The donations are part of Hualien’s bid to increase its international profile through collaborations and exchanges in areas spanning culture, travel, education, and trade. A plan to post government officials to the South Korean city of Jecheon in April was disrupted due to the coronavirus pandemic.

From the central to local governments, Taiwan has pledged aid supplies to countries worldwide to fight the COVID-19 crisis. President Tsai Ing-wen (蔡英文) in April announced a donation of 10 million medical masks to nations in need, which has seen 3.93 million masks shipped out as of May 5 and 7.07 million masks are on the way in the third phase of the initiative.

Last month, Taipei City announced it will divert the 100,000 masks donated by the United Medical Foundation Taiwan to its sister cities. Pingtung County had also committed 10,000 supplies to 22 cities in Japan and the U.S. as of July.