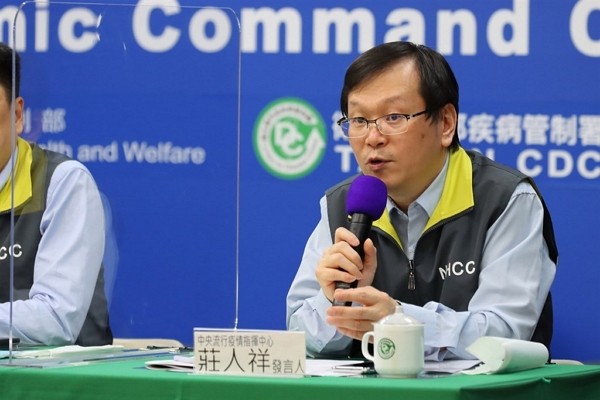 As health officials struggle to identify the Belgian patient's source of infection, Chen suggested Tuesday (Aug. 4) that he had contracted the virus between June 20 and 26, based on the timing of the diagnosis and viral load. He said the case had been in Taipei during that period and was most likely infected by an unknown foreign carrier.

In response, Chuang stated at a CECC press conference that the man had returned to Changhua County after his Taipei visit and that so far, none of his contacts in the central Taiwan county had tested positive. He said that Chen's theory is not valid unless there was a resulting infection cluster in Changhua, stressing that speculation has to be made based on existing facts, reported HiNet.

The spokesman pointed out that 366 of the 441 people who came into contact with the Belgian case have received a negative result on their PCR tests and that antibody tests have come up negative for 382. Of the 441 contacts, Chuang said 330 were from Changhua.

Chuang also addressed public concerns about the CECC's decision not to implement general testing for all incoming travelers. He said CECC officials have consulted several health experts and come to the conclusion that a strict 14-day quarantine is more effective than general testing.

Chuang pointed to instances around the world where asymptomatic cases have gone undetected until their second or third test, posing a great threat to their communities. He added that most patients are not infectious 10 days after they first show symptoms, thus a two-week quarantine can minimize the risk of transmission, reported Liberty Times.