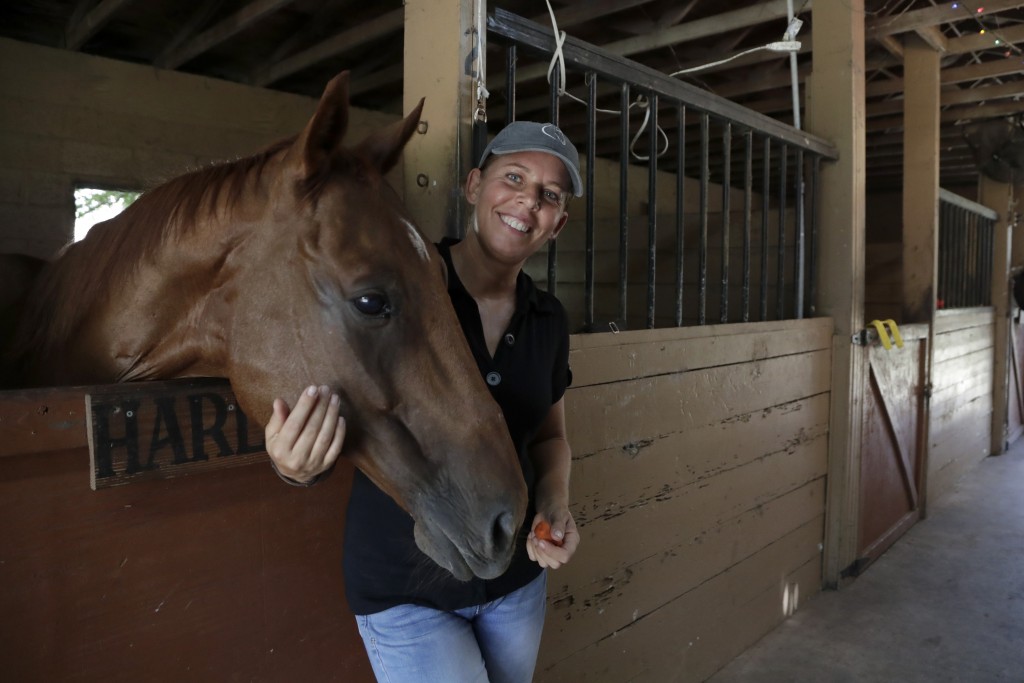 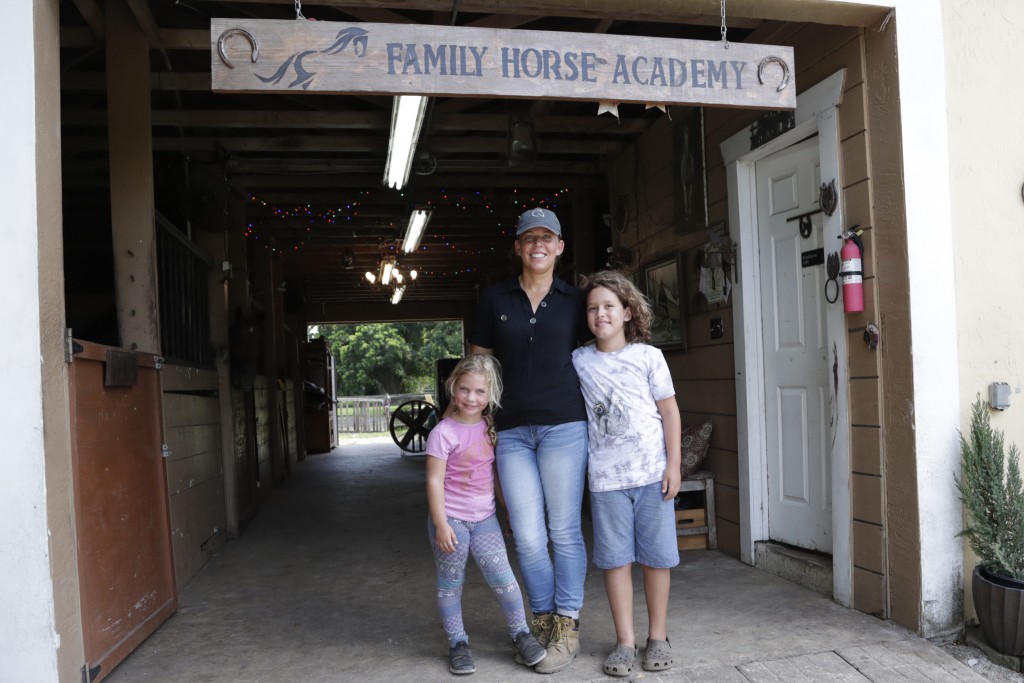 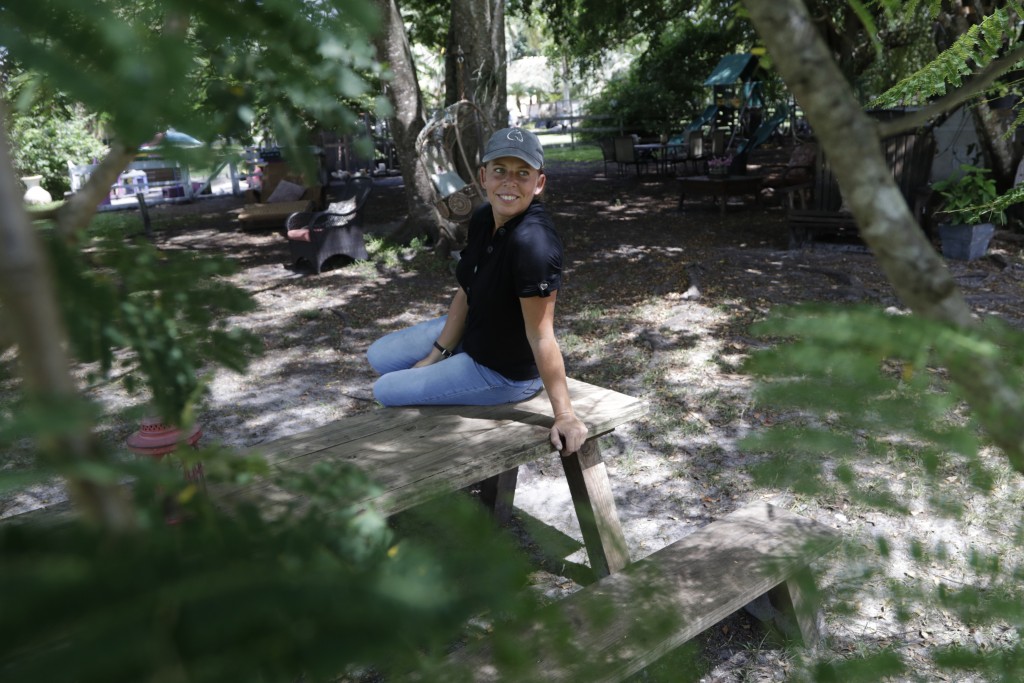 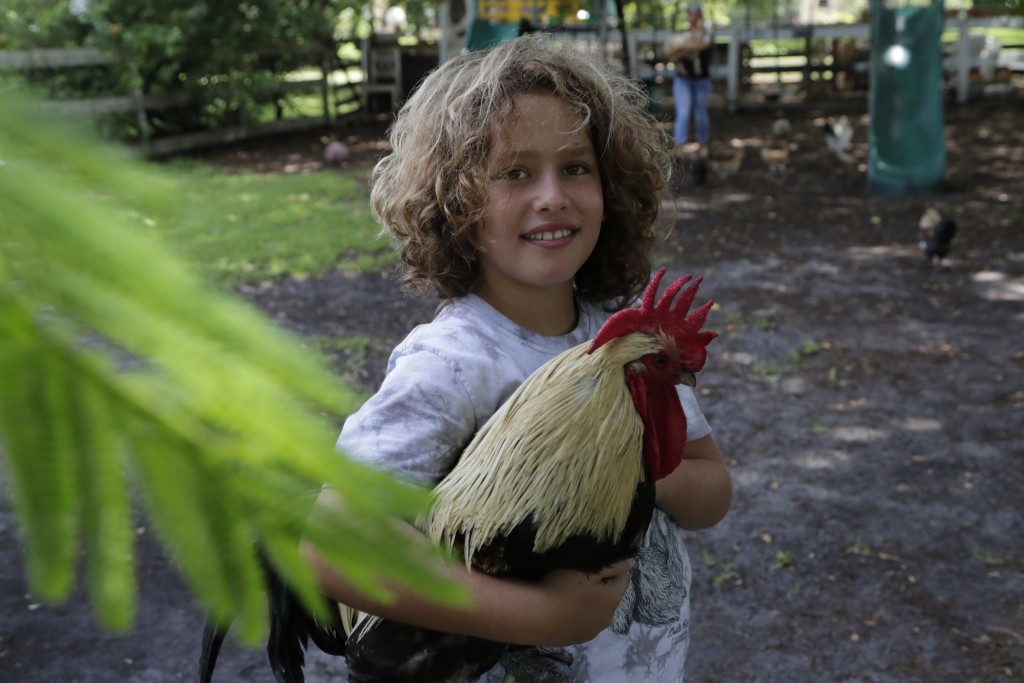 MIAMI (AP) — On the 4-acre farm at the edge of the Everglades where Timea Hunter runs a horse academy, she has hosted plenty of parties, picnics and workshops. So with her children's school building closed, she figured why not use it also a classroom?

While her son and daughter will participate in distance learning at their school, she plans to hire a teacher together with the families of four to six other children who could provide supplemental, in-person instruction on the farm shaded by royal poinciana trees.

“We have a very nice picnic area, a mini playground and big tables where the kids can seat under the shade and they can study there,” Hunter said. “We are not educated to do this, so everybody is freaking out and saying, ‘What are we gonna do, how we are going to do it?’”

As the coronavirus pandemic has clouded hopes of reopening schools nationwide, parents who want more than remote instruction have been scrambling to hire tutors and private teachers for small groups of children. The race to set up “learning pods” threatens to vastly deepen inequities in access to education.

In some cases, parents are paying thousands of dollars each to include their children in pods, promising teachers $40 to $100 an hour or more. A Facebook group on learning pods attracted more than 30,000 members within three weeks of being formed and launched numerous offshoots in states and cities. New sites like pod-up.com and partnerpods.org have emerged offering to connect families and instructors.

Florida Gov. Ron DeSantis, a Republican, has called learning pods “luxuries” that are not an option for low-income parents.

“We hear these different things about some parents are going to create their own learning pods and all this other stuff, and just to understand that is really going to be dependent on financial wherewithal and what income bracket they are in,” DeSantis said at a recent education discussion. “When you have working-class parents, they really do need to have an option.”

Hunter said distance learning was extremely hard on her 9-year-old son. She said the teacher met with the class once a week and then left the rest up to the parents. Now she also worries about a younger daughter who is entering kindergarten.

“They just gave us all the projects, all the stuff we needed to do was overwhelming. I had to sit with my son and explain everything,” she said.

Among those considering work as pod instructors are teachers like Jeanette Matas who are leery of going back to their jobs. Matas, a 42-year-old reading teacher in Miami, knows from seeing her 6th-grade and 7th-grade students take care of younger siblings while also juggling virtual classes that students from lower-income families get “the short end of the stick.”

But her grandmother died of COVID-19 after her caretaker infected her, and her own third-grade daughter has suffered from respiratory infections that kept her away from school for weeks. So she is also considering taking a year of leave and getting hired to teach her own pod, bringing along her children.

“It has hit too close to home,” she said. “I don’t want to go to the classroom.”

Some view the pods as a necessary and even creative solution to the crisis facing the education system.

“It is civil society in action,” said Lindsey Burke, director of the Center for Education Policy at the conservative Heritage Foundation, which advocates for school choice policies that allow public funding to follow students to private or alternative schools.

Tina Cheuk, an education researcher at California Polytechnic State University, said she is troubled by the trend toward learning pods and the related push to finance them with public funding that normally would go to the schools.

“That decision has implications for public education,” she said. Not only would it defund public education but it threatens to de-professionalize teachers, who are often “replaced” in pods by college students or retirees, she said.

“You choosing to be in a pod may seem very innocent — ‘well, of course, it makes sense. I’m looking out for my family,’” Cheuk said. “It’s these unintended consequences for public education, which we either ignore or we choose to ignore because our private interests trump the others that we don’t know.”

A group of Oakland, California, elementary school principals spelled out their concerns in open letter, reminding parents that health professionals recommend limiting in-person interactions and pointing out the potential to “cause feelings of exclusion, especially for kids who may see or hear of their peers congregating and learning together while they remain isolated.”

Although some parents are forming learning pods with neighbors they already know, others are reaching out to social media groups to cast a wider net, raising questions about safety and quality assurance.

In Miami, Melissa Cedeno, 37, who has two boys in elementary school, advertised on Facebook her search for other children and a tutor to assist students following virtual programs through their local schools. In the announcement, Cedeno, who works in digital marketing, announced she would grant parents online access to her indoor camera and conduct background checks on the teaching candidates.

“In another house, I would not know if there is an uncle, a brother, or someone who would come in. It is so completely transparent in my house with the camera, where there is no question where your kid was,” she said in an interview. “I have overseen children ministry programs and it is so normal for me to be on top of this.”

Atlanta, Georgia, parent Nikolai Pizarro de Jesus has homeschooled her 12-year-old son since he was in kindergarten and has been busy in recent weeks helping families organize more socio-economically accessible pods by matching them with homeschooling families who wouldn’t necessarily need to hire a teacher.

She is hopeful that the discussions about pods will raise awareness among people who, when they send their children off to high-performing district schools, normally don’t think about the inequalities that have long existed in public education.

“Whereas now, they’re creating very consciously this pod. They’re recognizing their privilege,” she said. “Now they’re aware of the lack of equity in schools and the lack of choices that people have.”