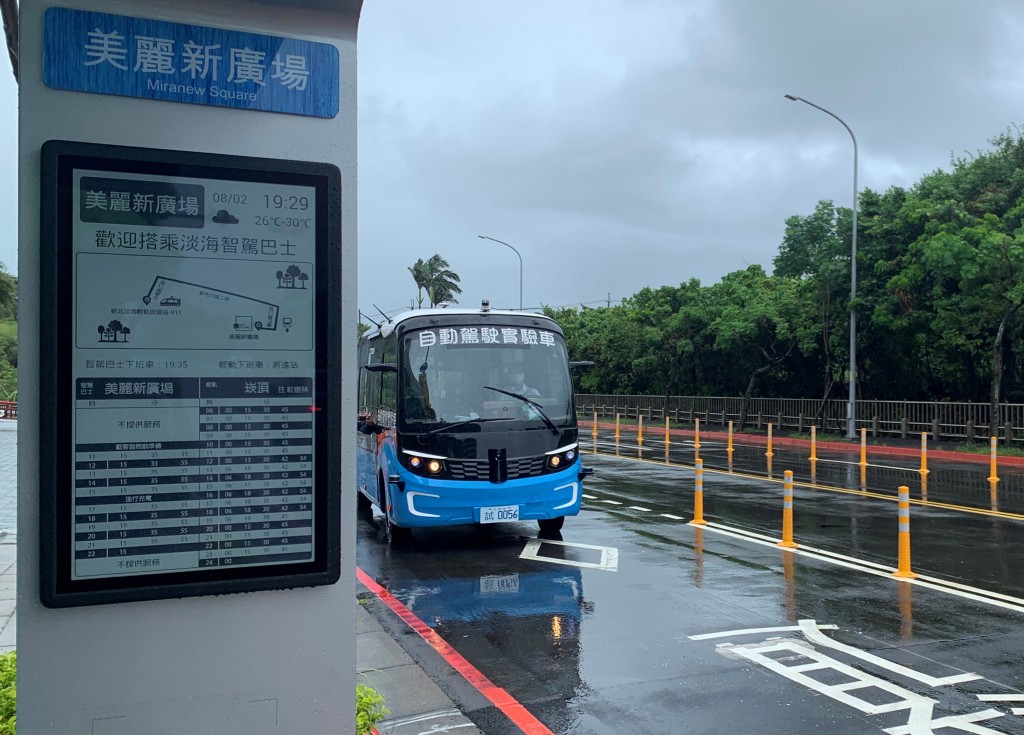 TAIPEI (Taiwan News) — An autonomous bus service began limited operations on Monday (Aug. 3) in New Taipei ahead of its opening to the general public in September.

The driverless bus, which was developed in a partnership with Chunghwa Telecom (中華電信), Kingwaytek Technology (勤崴國際科技股份有限公司), and the Tamsui Bus Company, will run a five-minute route between Kanding Station and Miranew Square in New Taipei, according to CNA. It is the first public transportation service in the country to combine autonomous buses with cellular vehicle-to-everything (C-V2X) technology.

According to Changhwa Telecom, C-V2X allows the bus to connect with roadside sensors, a monitoring center, and other vehicles on the street. From the monitoring center, data can be obtained in real-time, including the location of the autonomous bus, images from inside and around the vehicle, traffic flow, and weather conditions.

The bus can carry a total of 20 passengers at a time and will run every 20 minutes from 11 a.m. to 9:30 p.m. between Tuesdays and Fridays, with an additional service at night on weekends, CNA reported.

The service is currently only available to groups of five or more passengers from companies or organizations, to university students in related fields, and to Tamsui residents, with reservations required two days in advance. The driverless bus service is slated to open to the general public beginning in September. 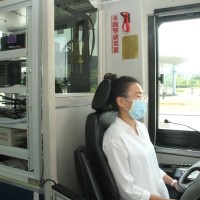 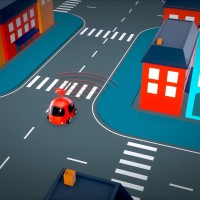