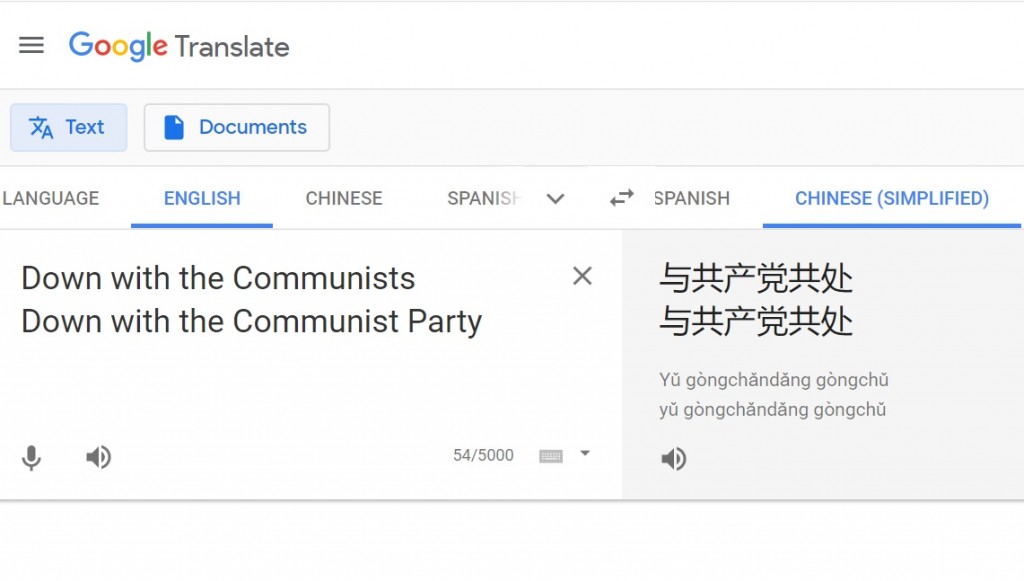 TAIPEI (Taiwan News) — A Chinese netizen on Monday (Aug. 3) discovered that Google Translate is now translating "down with communists" as "live with communists."

In yet another example of Big Tech actively or unwittingly doing Beijing's bidding, a Chinese Twitter user on Monday posted a screenshot of some strange translations and wrote "Everyone look at how Google is helping the Communist Party to commit abuse."

There were many theories as to why this was occurring, with one user observing Google at times can mistakenly translate the opposite meaning, such as interpreting cutting ties to mean "establishing ties" (建立聯繫) in Mandarin. However, the majority of the over 60 people who commented blamed Google Translation's heavy reliance on and vulnerability to crowdsourcing, in which random volunteers can make translation suggestions.

Given the legions of cyber soldiers at China's disposal — roughly estimated by Foreign Policy to be between 50,000 to 100,000 — it is conceivable that a targeted campaign on specific translations could yield the desired results. Such censorship and disinformation imposed by Chinese trolls have become commonplace in Wikipedia entries, YouTube comments, Microsoft Bing translations, and countless posts on all major social media platforms, including Reddit. 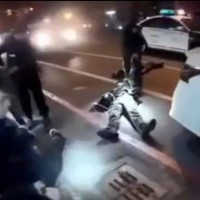