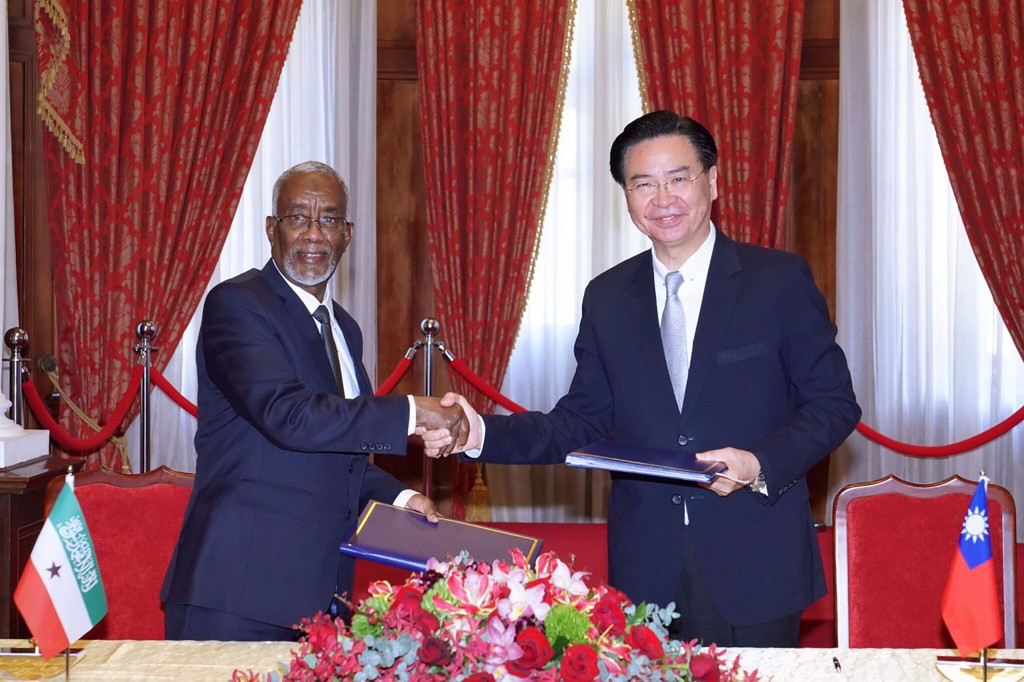 The Chinese Foreign Ministry delegation, dispatched from Beijing, will arrive in Hargeisa, the capital of Somaliland, on Wednesday (August 5), the Somaliland Chronicle cited officials from the East African territory's foreign ministry as saying. This came just one day after the same paper reported that Somaliland President Muse Bihi Abdi is weighing the possibility of unilaterally recognizing Taiwan.

Taiwan’s Ministry of Foreign Affairs (MOFA) on Tuesday declined to comment on the issue, which if confirmed will certainly anger Somalia, a neighboring nation that claims Somaliland as part of its territory, not to mention China. The ministry has full knowledge of the situation and remains in close communication with Somaliland authorities, according to MOFA Spokesperson Joanne Ou (歐江安).

Taiwan and Somaliland pledged to strengthen bilateral ties early in July through the setting up of mutual representative offices as well as the promotion of cooperative projects.

It is also reported that the Chinese Ambassador to Somalia, Qin Jian (覃儉), has been in Hargeisa since August 1 — the third time this year. He has been requesting to meet with President Bihi of Somaliland, who reportedly instructed aides to provide a risk analysis of furthering diplomatic ties with Taiwan but has so far declined to meet with the ambassador.

China and Somalia both criticized Taiwan for its efforts to advance ties with Somaliland back in July. The Somali government — which has diplomatic relations with China — condemned Taiwan for undermining Somalian sovereignty, while Beijing labeled the move by Taiwan as part of a separatist plot perpetrated by the ruling Democratic Progressive Party (DPP).