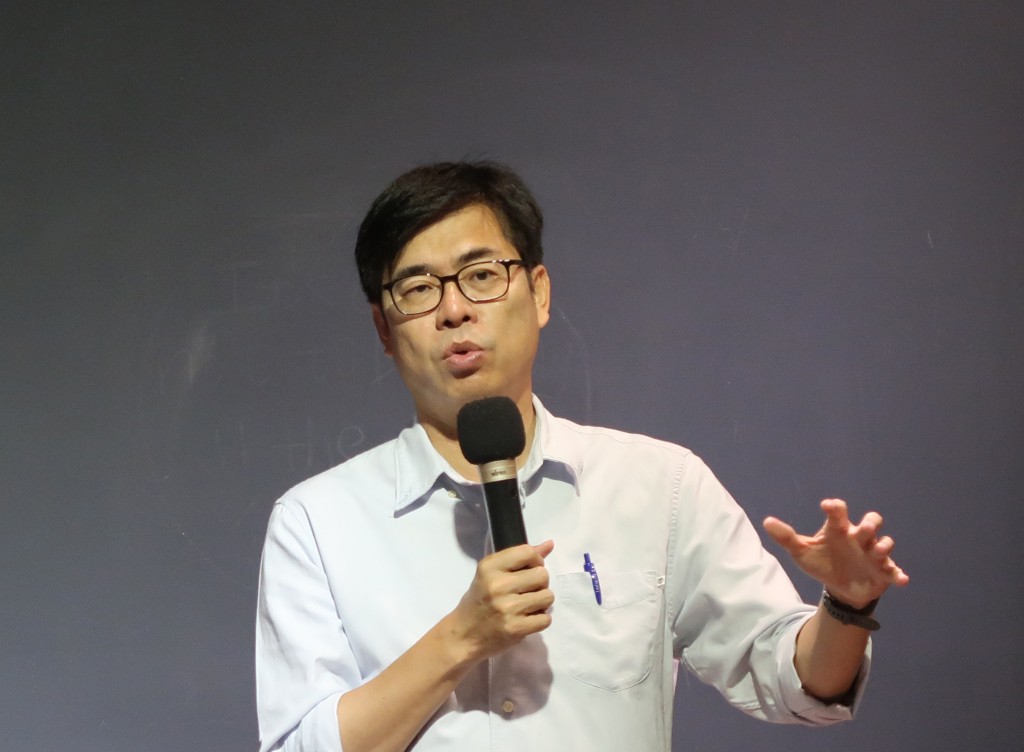 To boost voter turnout, the DPP Central Committee tweeted videos reminding citizens to cast their ballot. In addition, Premier Su Tseng-chang (蘇貞昌) will attend the DPP’s Super Sunday event on Aug. 9, while President Tsai Ing-wen (蔡英文) will appear at a rally the night before the election, which will be held Saturday, Aug. 15, CNA reported.

Chao said that the party has divided Kaohsiung into eight combat zones, just as the military has done, with legislators in charge of the districts. He added that activities aimed to increase fervor for Chen were finished by the end of July.

Starting on Monday, a nine-day canvassing effort will hit all of Kaohsiung’s administrative districts. DPP legislators and city council members will visit different electoral districts each day, rallying on foot in the morning and taking part in motorcades in the afternoon.

Chao mentioned that the party’s campaign headquarters has invited the Paper Windmill Troupe to give a Father’s Day performance on Saturday (Aug. 8) at the National Kaohsiung Center for the Arts, which Chen will be attending.

Vice President Lai Ching-te (賴清德) and Taoyuan Mayor Cheng Wen-tsan (鄭文燦) may attend a campaign event on Super Sunday in Kaohsiung’s Qiaotou District, and President Tsai will be at an event in Fengshan District on the eve of the election. Although a number of polls show Chen in the lead, Chao said that regardless of election predictions, the primary goal of this large-scale canvassing effort is to encourage the city's residents to vote.

He emphasized that a vote for Chen is also “a vote for oneself." If Kaohsiung has a widely popular mayor, he or she will be able to focus on obtaining funding from the central government, making it a more prestigious metropolis to live in, Chao explained.

Chao observed that the Kuomintang (KMT) currently has a majority in the Kaohsiung City Council. If Chen cannot get a large number of votes, the KMT’s legislative boycotts may become more intense in the future.