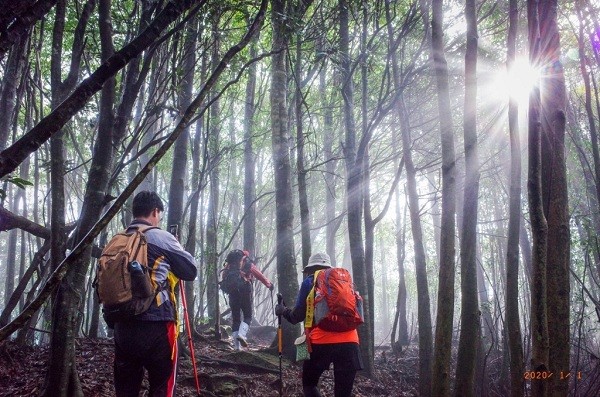 TAIPEI (Taiwan News) — Taichung City is rolling out new benefits to encourage the public to hike the Seven Heroes of Guguan (谷關七雄), a group of well-known mid-level mountains in the area, promising to give anyone who finishes scaling the seven peaks before 2021 an official certificate, badge, backpack, and rewards including hotel and tour discounts.

Taichung Tourism and Travel Bureau Director Lin Hsiao-chi (林筱淇) said that mountain tourism has become increasingly popular in recent years, prompting the bureau to launch the Seven Heroes of Guguan hiking challenge in 2018, which awarded finishers with certificates and gifts, according to the bureau’s July 30 press release.

Lin said that in 2018, only 208 people participated, but in 2019, the number grew to 1,200 hikers. The Seven Heroes of Guguan hiking challenge has become a hotly discussed topic among domestic and international mountaineers, she added.

This year’s event will also recognize those who finish hiking three out of the seven mountains by giving them decorative arm-bands and gifts. Participants must submit confirmation of scaling either three or all seven mountains to claim the mementos. For information on how to prepare the proof and where to claim the gifts, please refer to this site.

The bureau is working with the sports and tourism industries to reward those who climb all seven mountains before the year's end with benefits, including a 60 percent discount for staying at a double room at Howard Prince Hotel Taichung on weekdays, an eight hour chartered car tour around Guguan for only NT$333 if staying at National Hotel Taichung (全國大飯店), and other rewards.

The bureau said that difficulty of the Seven Heroes of Guguan varies, with the easiest summit requiring six hours of hiking and the toughest requiring eight to nine hours. For an introduction to the seven mountains, please visit this site.