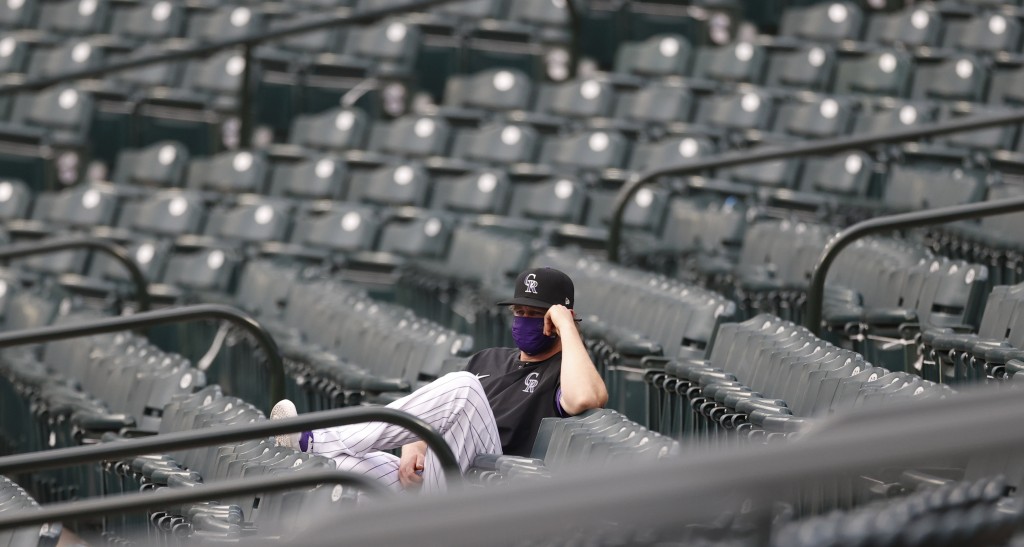 DENVER (AP) — The Colorado Rockies may be without reliever Scott Oberg for the rest of the season after he developed blood clots in his right arm for a third time in his career.

Manager Bud Black said Oberg felt some discomfort in his throwing hand Saturday during a throwing session. He was evaluated by vascular doctors, who discovered the clots.

Oberg was already on the 10-day injured list with a strained back.

“For lack of a better word, it’s a bummer,” Black said. “It will be a while, if at all, for Scott this season.”

Oberg was diagnosed with axillary artery thrombosis (blood clots) in August 2016. He experienced the condition again last August in the middle of a splendid season. He was 6-1 with five saves and had a 2.25 ERA before going on the 60-day injured list on Aug. 19.

Colorado was looking at him to possibly take over the closer’s role for a struggling Wade Davis, who was placed on the 10-day injured list with a right shoulder strain. Davis blew a save Friday when he allowed a pair of two-out homers in the ninth.

“I know (Oberg) was ready to take another step this season,” Black said. “It doesn’t look like it’s going to happen.”

With Davis sidelined, the Rockies could go with some combination of Jairo Diaz, Carlos Estevez and Daniel Bard in the late innings. The hard-throwing Bard has been a welcomed addition after being out of baseball for more than seven years due to his struggles to consistently throw strikes.

To fill the roster spot for Davis, the Rockies selected right-hander Joe Harvey from the Rockies’ alternate training site.